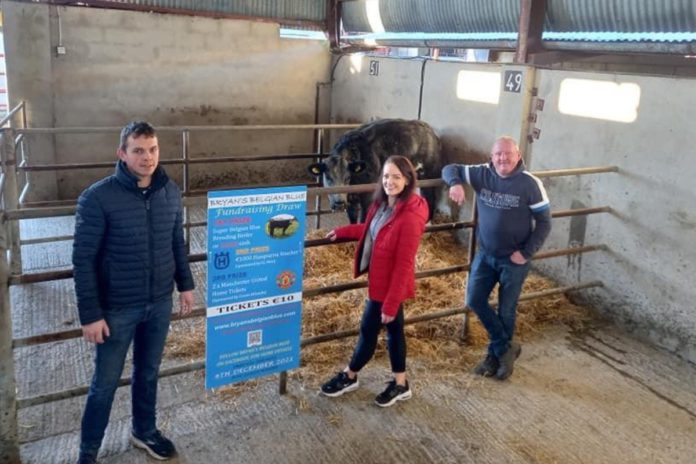 In this week’s Suckler Farmer Focus, That’s Farming, speaks to John Kelly, Co Longford. He discusses farming with his father, calving heifers at 30-months, selling 7-month weanlings at over €3.00/kg, using AI to breed replacements, creep feeding calves and his views on reducing the national herd.

He farms part-time alongside his father, Hugh, under a joint herd number on 55-acres of owned land.

His father inherited the farm from his father, John’s grandfather, John Kelly.

“My father was always a fan of a Limousin crossed with a Charolais. I used an odd Belgian Blue, and he did the same,” John Kelly, a 2015 Teagasc Roscommon Green Certificate graduate, told That’s Farming.

“The system has not changed a whole lot over the years,” the Longford suckler farmer added.

“I remember when I was smaller going into Ballymahon Mart with my father and helping him out on the farm.”

“There would always be a few cows calving on the farm and we used to have sheep – ewes – on the farm too.”

Their ideal female is “a red Limousin cow, that is very docile, has the potential to produce a good calf, feed them, and in a worst-case scenario, get a good price for her as a cull.”

“She is easier replaced with good conformation and weight.”

“A good cow needs to have good conformation, be an R grade, with milk, which will produce your U grade calf.”

“A big cow that can produce enough milk should produce a good quality weanling, can feed them and achieve a proper weanling weight when it comes to weaning.”

“If that calf is the weight they should be, they will never look back.”

Their preferred weight range for weaning a March-born calf is between 300-320kgs.

John and his father feel that at 250kgs, the calf “will probably never catch up with the 320kg calf until the end of her life, due to the mother not having enough milk or other reasons”.

The father and son team outlined why they chose predominately Limousin-cross-Charolais females in their herd.

“When you are selling weanlings, and you run a Charolais bull with mostly red Limousin cows, you produce a nice yellow Charolais calf, which seems to be the biggest demand in a weanling trade.”

“You get paid for quality. If you do not have it especially selling a weanling at seven months, you will not get paid.”

The duo use 20% AI on their herd with a breeding programme comprising ZAG (Castleview Gazelle) and LM2388 (DIMOIWII).

They AI heifers they intend to breed replacements from, selecting sires with good conformation and “excellent” replacement figures.

“If you want to go buy a good in-calf heifer, they are a good trade and hard to replace. So, we try to breed our own, and it might be cheaper in the long run.”

“You are picking your cows, breed, and females with good milk and putting a high replacement bull on to try to achieve that.”

The Longford suckler farmer commented on the genetic pool available to farmers.

“The genetic pool is adequate, and AI stations have what I need at the minute. I have cows out of ZAG, and I find they are good females.”

Their Charolais stock bull, a Fiston son, which they purchased from breeder, Brendan Power, serves the rest of the herd, twenty-two females.

He will be let out to pasture during the last week of April and will will be pulled from paddocks in mid-July.

The father and son’s calving season takes place from February to April.

The Longford farmers feel this period allows cows to lie in the creep area and enables them to move calves to pasture early with good grass growth, avoiding scours/infections.

They calve heifers down at 30-months, weighing 650kgs.

“I feel this lets the heifer mature enough. If you have a beefy Limousin heifer, they are not the same as your dairy stock.”

“It gives them that extra few months to mature and get power into them. It is vitally important and will stand for them throughout their breeding life.”

“I find if you calf them at two years, it is harder to get them back in-calf. I tried it, and it did not work for me.”

“In my view, I do not think the animal at two years is ready for calving. If they are backwards and small, they will stay that way forever.”

“I find they are more mature and develop into stronger and powerful heifers at 30-months.”

John’s full-time job means his father assists any calving he is away for and outside of his job, he checks cows near calving multiple times.

John and his father have assisted very few third-calvers upwards.

Joe Mulvey carries out ultrasound scanning on the farm yearly, enabling John and his father. The herd’s calving interval is 385 days. 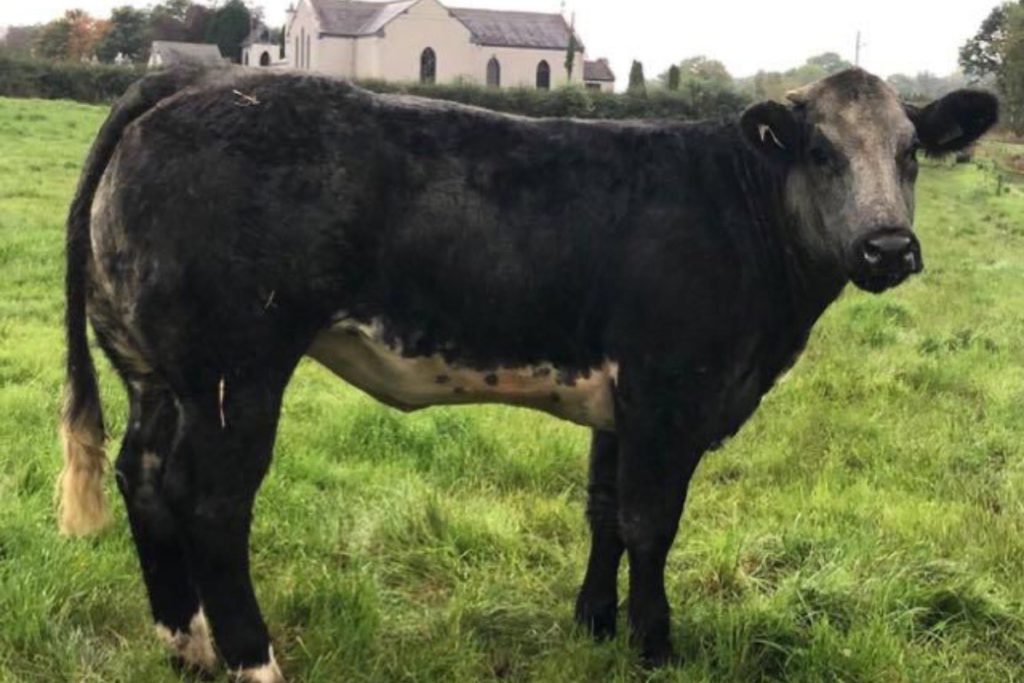 They retain up to five heifers as replacements. The Longford family sends fifteen of their 300-310kg Charolais-cross-Limousin weanling heifer and bulls to Ballymahon Mart in October and sell the remaining lighter weanlings in March.

“The trade is very good at the minute, and even when trade is not good, I find in-calf heifers are always hard bought. There is always good demand for quality.”

“I find the suckler-to-weanling system is working at the minute. It suits our farm and me. It is as good as system as there is there at the minute.”

“If you can get a good price for your weanling at 7-months, it is hard to justify keeping them to a forward-store stage. It is going to cost a good bit of money to get him there and pay for it.”

They feed progeny a ration for four weeks before weaning and another 29-days after weaning through creep gates.

The father and son found that using creep gates “gave calves more independence going ahead of their mothers, and as a result, get fresh grass, meal, and put on extra weight”.

The Longford natives aim to “get as much out of the land, reducing input costs and get as much weight gain out of grassland and increase profits”.

John outlined his view on the future of Irish suckler farming.

“You would like to see in the future being paid for your top-quality animal. Hopefully, they are still being produced.”

“They seem to get scarcer as time goes on with a lot of people going into the dairy farming end of things.”

“You would like to see the suckler farmer surviving in the current climate and into the future. It does not look like it is going to happen like that at the minute.”

“Suckler farming is a big part of rural Ireland, the community, and has been for years; I would like to see it continuing.”

John shared his view on reducing the national herd.

“I cannot see sense behind it. Suckler farmers seem to be an easy target, and they seem to be just like we will go at them.”

“Most of the people making these decisions and rules are sitting in an office and possibly have never been on a farm.”

“They do not know what suckler farming is or any type of farming; it is frustrating. I would be very against capping the suckler herd.”

John is involved in a fundraising campaign for Westmeath farmer, Bryan Pendred. He worked with Bryan’s grandfather, Brendan, for ten years in an agricultural store.

John, Colm Nolan, and Geraldine Maguire came up with the concept to raffle a commercial Belgian Blue heifer owned by John, when contacted by neighbours.

“Hopefully, whatever he needs, his family could have at home in the comfort of his own house, and he will get home sooner rather than later.” 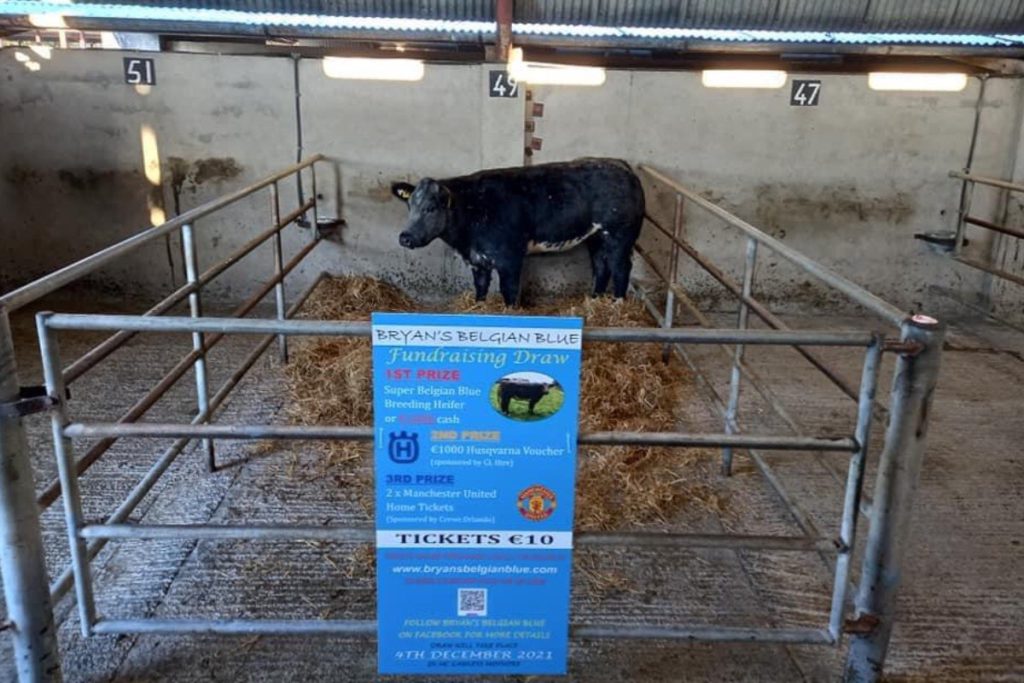 John and other committee members will showcase the Belgian Blue heifer in the following livestock marts in November.

“I appeal to anyone who has not got tickets that it is important to get them and come to support it as it is for a great cause.”

“The more we get, the better to speed up Bryan’s recovery and help him get home back making a good recovery. Our goal is to raise as much as we can in the next few weeks,” John concluded.