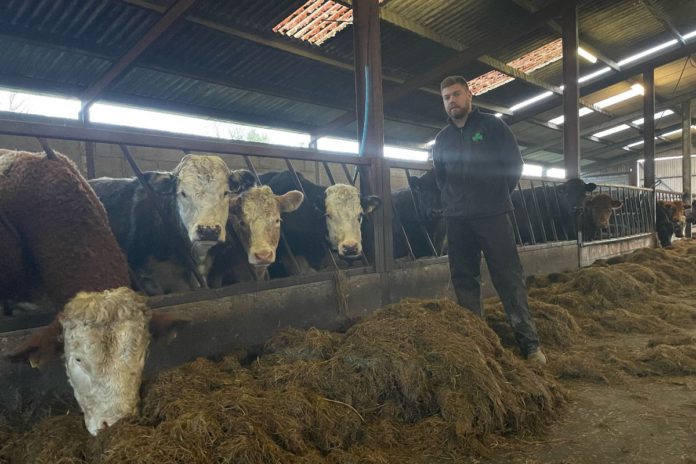 “I am a full-time farmer from Mornine, Moydow, Co Longford, just 4 miles outside Ballymahon. I farm alongside my brother and father.

We farm 330-acres, running a sheep and suckler enterprise and also have an agricultural contracting business. Our trading name is P. Kenny and Sons Agri.

I completed my Green Cert at Ballyhaise Agricultural College in 2015. We were suckler and dairy farmers always, and then this year, we decided to change to sucklers and sheep.

I know it may seem mad, with every second farmer making the big move to dairying, but I had no interest in dairy cows.

I believe that if you do not like doing something or you do not want to do it, then you should not do it.

In October 2017, I travelled to Australia and New Zealand. I worked in construction, and then after eight months there, I went to New Zealand, to the South Island in Canterbury.

I worked on a farm with 600 suckler cows and 16,000 sheep; it was a great experience to see how they operate.

I would recommend it to anyone wanting to travel.

In December 2018, I returned home as my mother and father were going to take a step back and let myself and my brother, Seamus, take over.

I decided to buy sheep when I came back; I always had an interest in sheep, and part of our land can be low lying and wet. Therefore, they are ideal for that ground.

We have 80 suckler cows. Our breeds are from a very wide range, but we mostly have Hereford, Aberdeen Angus, Charolais, Simmental, Belgian Blue and Shorthorn-types.

I like to have different breeds as each breed can bring a different calf, and you can have a wide range of weanlings to sell then.

We breed some replacements through AI but buy most of them. I hope to change that by breeding my own replacements.

In March, I start to AI some replacement heifers to Limousin, Hereford and Shorthorn sires.

Also, we have four stock bulls: an Aberdeen Angus, Charolais, Limousin and Simmental. Last January, I bought the Simmental bull with a high replacement and terminal index to keep his female offspring and use them as replacements for the herd.

I like these cow-types with Simmental influence as they have good beef traits and a good milk yield.

You have a good weanling to sell if you cross them again with a Charolais or Limousin bull.

We start to calve our spring herd in January and this is wrapped up by April. In summary, we calve about 60 cows down in the spring and the remainder in July and August.

We let bulls out with cows on March 15th and pull them from paddocks on July 15th.

Furthermore, in terms of the autumn-calving herd, we let bulls out on September 15th, removing them on July 15th. 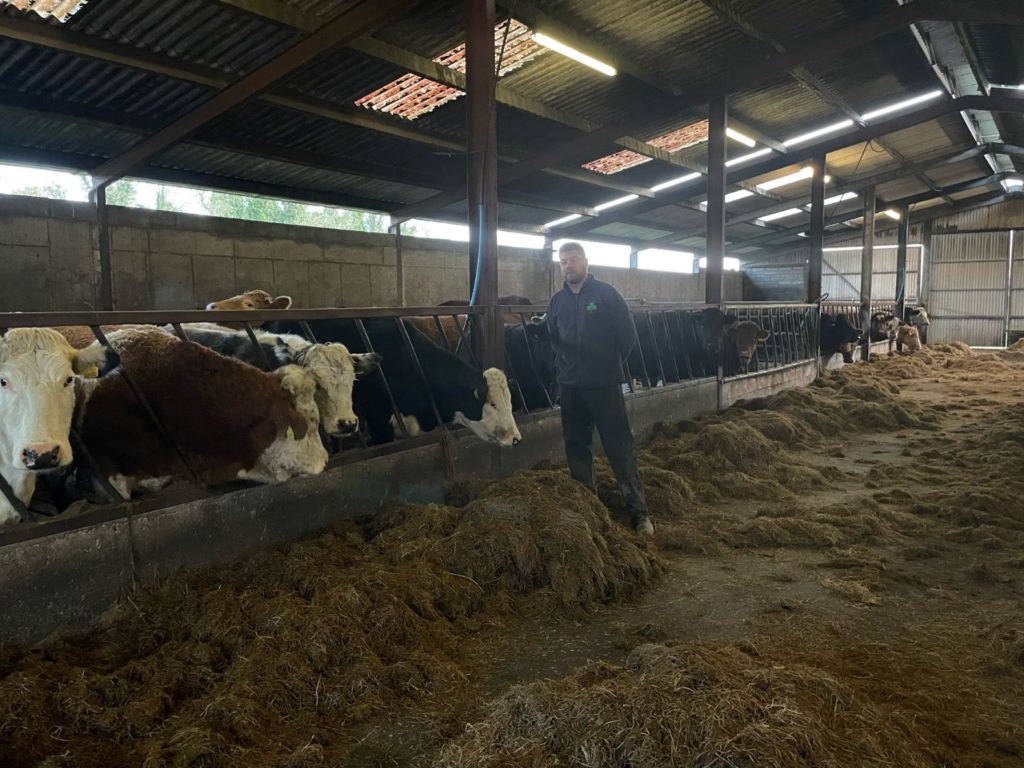 To note, we keep about 25-30 of our weanling heifers; we retain some as replacements and sell the rest as stores.

Then, we calve these down at 20-24 months. We do not like calving any younger than that as the heifer is too young and has not developed enough.

When your cow has come to the end of her day, we find that she has not developed enough to make a good cull cow finisher.

We cull cows when they scan empty or have reached 10-11-years-old. From our experience, if you keep them any longer than that, you generally run into problems with bad feet and calving, for example.

Our suckler numbers have almost doubled in the last year since we stopped milking the 40 cows and replaced them with 30 suckler cows. 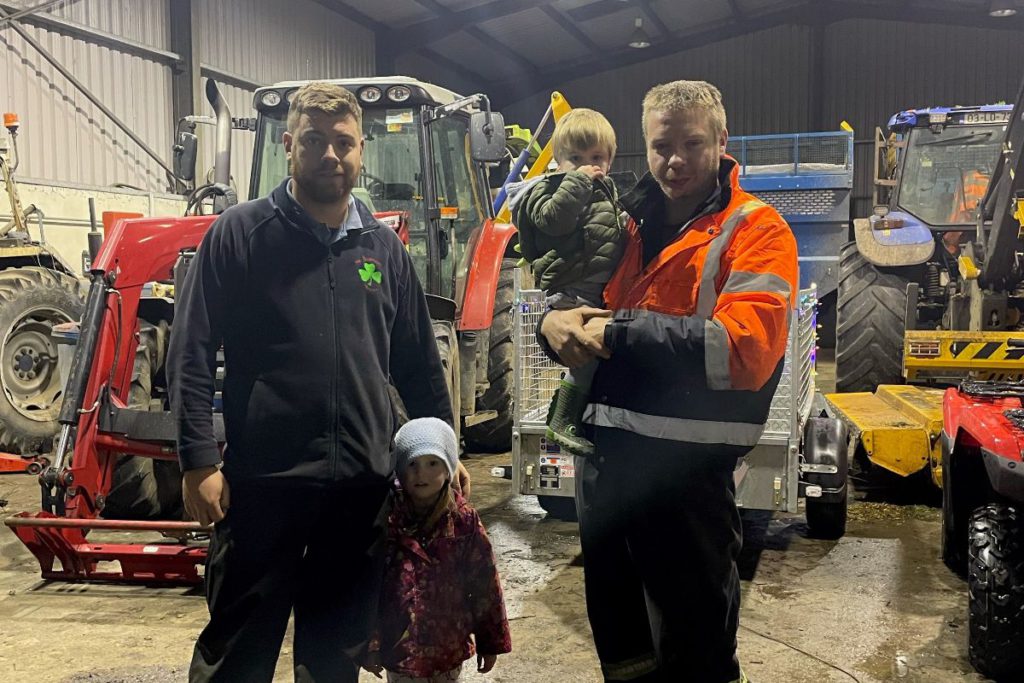 We also run a flock of 70 commercial breeding ewes on the farm.

Ewes are a mix of Belclare and Suffolk-cross ewes. We have four rams of breeds Suffolk, Texel and Charollais.

We start to lamb on March 20th to have them all lambed in a three-week window.

Furthermore, we pull rams away from ewes after seven weeks. Last year was our second year lambing, and we had a scanning result of 1.92 %, which was great to get.

Most of the ewes went out with two lambs out to the field, which is ideal in sheep farming.

We try and aim to have over 100 lambs for market. We bring all lambs to slaughter, sending them to Kepak Athleauge in Roscommon.

Besides, we buy in about 20 ewe lambs for replacements in the flock. Then, we cull about 10% of the flock every year due to age, feet or underperformance.

On the other hand, my father started our agricultural contracting business in the late 70s.

He started square baling in the mid-80s and then moved to cutting silage pits. In addition to this, we now spread farmyard manure and also offer services including slurry spreading, hedge cutting and livestock haulage.

My brother Seamus, who also farms with me, mostly looks after the machinery end, and I look after the livestock.

Besides, we have a K 2 duo rear discharge dung spreader, McConnell and Bomford hedge cutters, a 9-foot Keverneland disc mower, a fertiliser spreader, a sprayer and a post driver. 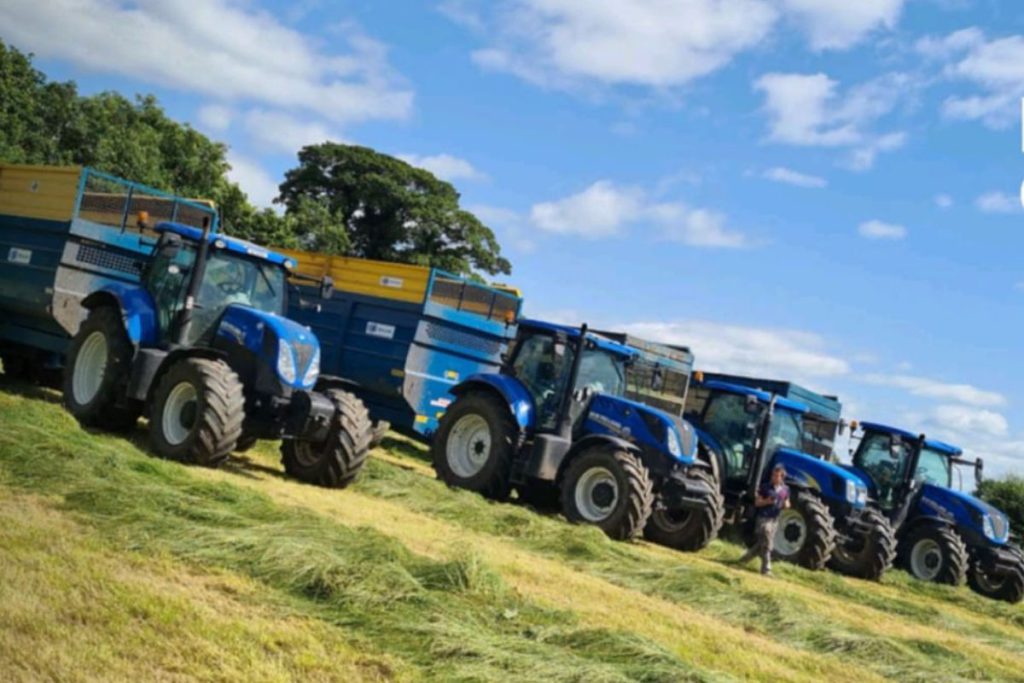 The key to running a successful farm is a good work ethic. There are a lot of late nights and early mornings, from drawing silage to calving and lambing, but when you love what you do, it should not be a problem.

The challenge for beef and suckler farmers is not getting paid enough. We produce a high-quality product. We are good at what we do, but we simply just do not get paid enough, which is a disappointing thing.

Hopefully, our future plans will consist of building a sheep shed close to the main farm as we lamb all our ewes on a farm down the road.

Also, we plan to maintain our suckler numbers and try to improve on breeding top-quality weanlings for markets,” the Longford farmer concluded.