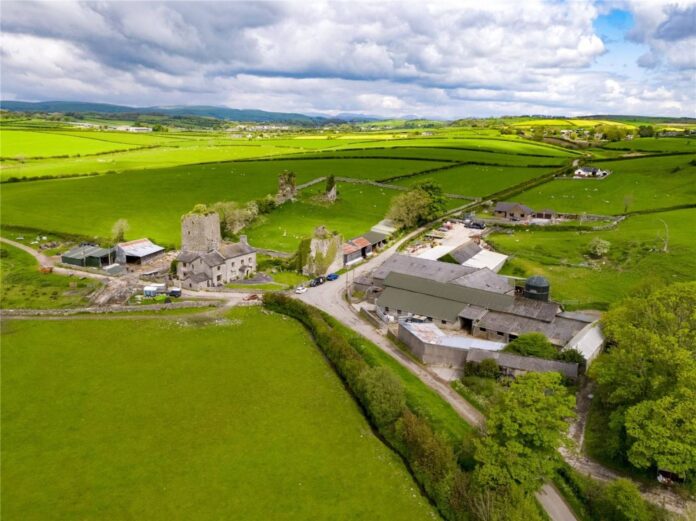 With an overall guide price of around £2,000,000, a livestock and arable farm extending to circa 212-acres has just hit the market.

The Kendal Office of H&H Land & Estates is handling the sale of Gleaston Castle Farm, Ulverston, which encompasses “a large and impressive” holding with the remains of a 14th-century castle.

Gleaston Castle Farm will come under the hammer through a public auction at Aldingham Parish Hall, Scales, LA12 OPF, on Thursday, June 16th at 2.30 pm in the following lots.

The first lot consists of the slate-roofed traditional four-bedroomed farmhouse, with an additional annex with the potential for further development, several outbuildings and the remains of the Grade I listed castle, once owned by the 1st Duke of Suffolk, the father of Lady Jane Grey.

A spokesperson for the firm said: “It is an incredibly rare opportunity to own such an interesting, listed monument, which gives a very picturesque backdrop to the farm.”

“Included in this lot are 72.79-acres of productive agricultural land, primarily meadow and pasture within a ring-fence around the house and castle.”

“The house is subject to an agricultural occupancy condition and would benefit from some upgrading. However, it would make an extremely comfortable family home and would be ideal for anyone wanting to follow a career in farming or equestrian.”

“There are also plenty of opportunities to develop the outbuildings for various uses, such as holiday lets, subject to planning permission.”

The next lot is the core of the former dairy farm. It includes a range of traditional and modern farm buildings, with approximately 112-acres of classified Grade 3 agricultural land, all within an accessible ring-fenced block. 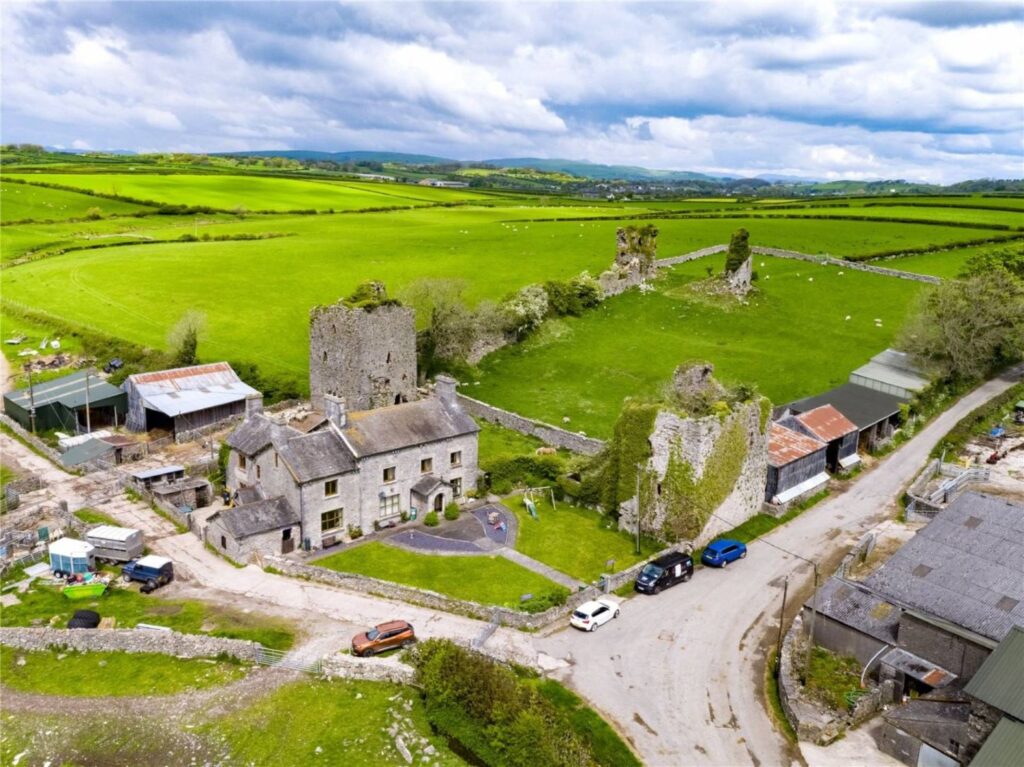 Furthermore, there are 20 outbuildings, including three cubicle houses, an old parlour and three traditional buildings.

According to the firm, this provides an “ideal” opportunity for an existing farmer to increase their acreage or diversify.

Lot 4 – Mere Tarn – will also be a “popular” lot as it provides a “wonderful” environment for wildlife and would be a “great” asset for a local fishing club or nature lovers.

“It is some time since such a tremendous farm has come onto the market in this part of Cumbria.”

“It is rare enough for such good agricultural land to come up for sale. However, combining that with the chance to own a piece of English history and your own personal tarn is even rarer.”

“I am sure that with the appetite for rural properties with land seemingly unabated and farmers wishing to extend their acreages, there will be fierce competition,” Tomlinson concluded.

- Advertisement -
Previous article
Quiz: How much did these cattle sell for at Roscrea Mart?
Next article
‘Money for investment can be found in war times, but not in peace times’