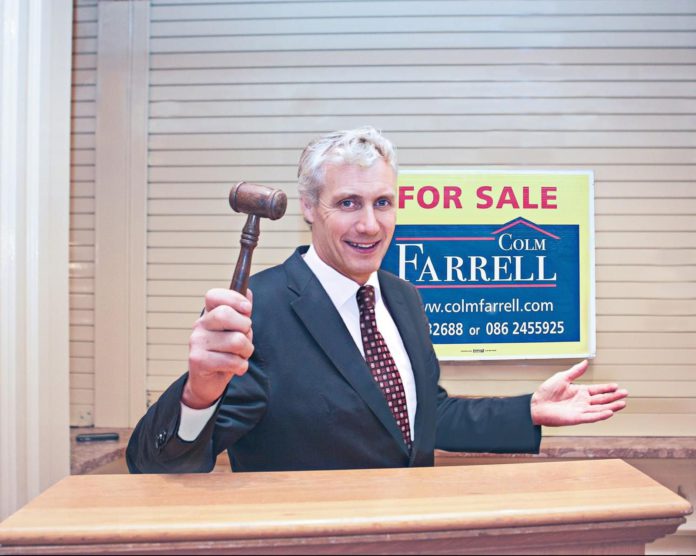 From cattle dealing to livestock auctioneering on the rostrum

As part of this week’s Mart Focus, Catherine Creighton speaks to Colm Farrell, about farming, property and livestock auctioneering.

He auctions property from his office, Farrell Auctioneers, Valuers & Estate Agents Ltd. in Georges Street, and officiates as a livestock auctioneer at Gort Mart.

Colm grew up on a farm; his father, Mattie, was a cattle dealer, who mostly dealt in young stock, calves, and weanlings. He travelled to the south of Ireland to buy calves and transported them to the west of Ireland.

Colm joined him on these ventures after completing his Green Cert in Athenry Agricultural College. “We bought and sold quite a lot of livestock,” he told That’s Farming.

Colm took the reins of their family farm in 1990. In 2000, when the foot and mouth outbreak struck, he returned to college to study auctioneering in NUI Galway.

He obtained his auctioneering licence in 2001 before opening the doors of his own business, in a small office, in Gort town. He then took on a franchise in the town in 2003.

“Most of our business would be houses; we do quite a lot of farms. We cover all of south Galway and north Clare. At the minute, most of our enquiries are all residential-related, houses and land. Besides, we sold a farm since we returned to work after the festive period.” 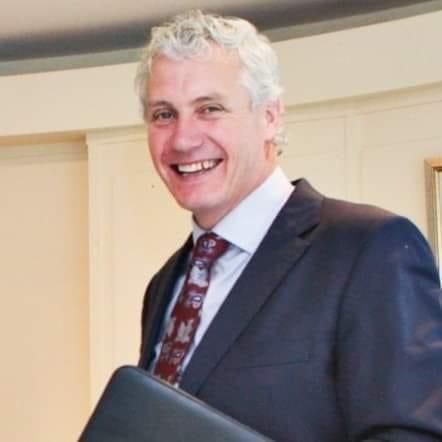 He later ventured into livestock auctioneering and sells cattle, sheep, and horses at Gort Mart, whilst running his own property business.

“As an auctioneer, you are very responsible for your client. They depend on you to do your job.”

“I love interacting with people and specifically farmers because they have a great outlook on life. They have a nature about them, and you get very close to nature when dealing with farmers, which is something I like because I am a nature man.”

“When you are selling an expensive animal, and people are bidding against each other, there’s a bit of a show going on, and there’s adrenalin when the auctions are successful.”

“Livestock marts are vital for the farming community. Firstly, it is important that farmers have the option of either going to the factory or the mart. The mart gives farmers more control. If they are not happy with the price, they can always bring the animal home, whereas in the factory, when the animal is gone, they’re gone.”

“The second aspect is that they provide employment to local people. Therefore, farmers are supporting a local entity, and they are also confident they are going to get paid for what they sell. Marts are reputable, and usually, the farmer has been dealing with the mart all their life.”

“Thirdly, for farmers, marts are a social outing; they get out off the farm and meet their comrades and discuss cattle prices. The social aspect is very important to Irish farmers.”

Under Level 5 Covid-19 restrictions, livestock marts are required to hold online-only sales, which has been a new learning curve for staff and customers alike. Colm conducted his first online-only sale at Gort Mart recently.

“It’s a bit surreal having livestock in the ring, and you are looking at a screen, using the button. The hammer is gone, so you have to press button four, and that is how the sale closes.”

“It’s different and farmers have lost their social outing. The online system will stay. I think it’s a great idea that people have access and can bid online from home. Even if Covid was gone, I think it’s here to stay now, and I’m happy that it is because it gives you a much broader market for your stock.”

“In terms of my own future, I have a desire to progress my business. I would like to dip my toe more in agriculture and produce good quality stock, good quality horses maybe at some stage.” Colm Farrell concluded.