In this week’s Suckler Focus, That’s Farming, speaks to Jim Geoghegan of Lisnagre Charolais. He discusses calving heifers at 36-months, having four bulls in AI stations, achieving €16,600 at an Irish Charolais Cattle society sale, farm plans and his opinion on reducing the national herd.

Twenty-six years ago, Jim Geoghegan, from Stremstown, County Westmeath, established the Lisnagre pedigree Charolais herd by acquiring Greyfog Lena, in Naas, on his break from his job as a plasterer in Tallaght University Hospital.

“Ballydowney Small was the highest index cow when I bought her. She was the foundation of numerous champions,” Jim Geoghegan told That’s Farming.

“I was self-employed working on the buildings for 40 years.”

Jim’s ideal cow is an easy to handle Charolais cow weighing 900kg with a “nice head, with shape and style, a good topline, and a docile nature.

“I love commercial Charolais cows. I got into breeding pedigree females quicker than I hoped through IVF treatment and ET work.”

He uses 50% stock bull and 50% AI in his farm’s breeding programme.

He AI’s the majority of pedigree heifers in line with ET work he completes with Champion Embryos. 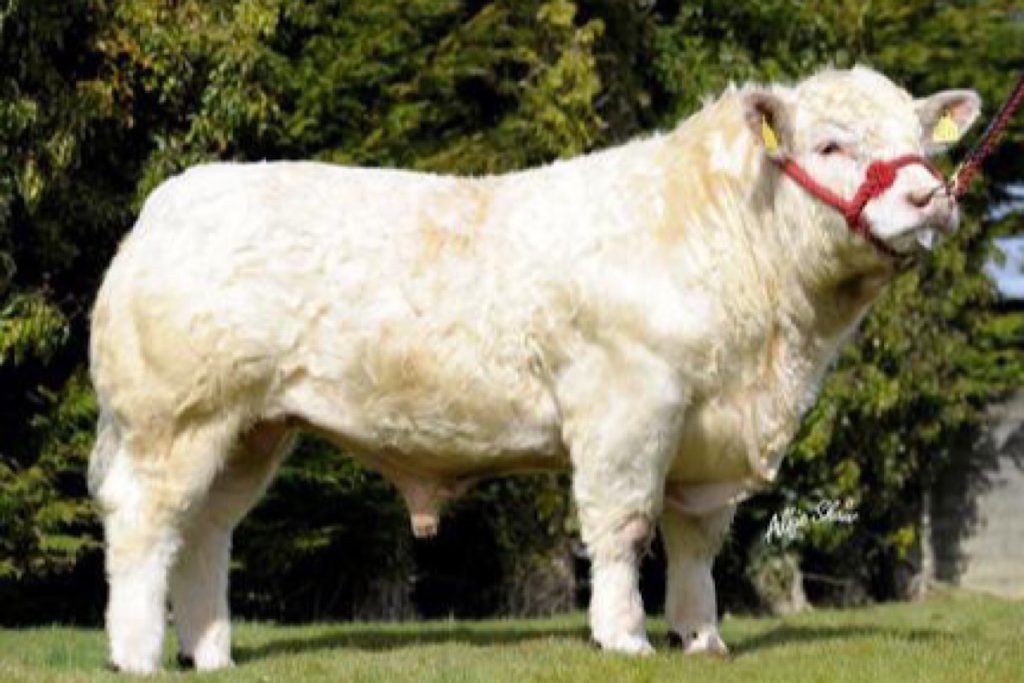 Jim chooses a September to March calving period, due to there being up to 20 C-sections and to allow bulls to grow for sales.

Jim’s herd has a 290-day gestation period, with the induction of embryos also taking place at this interval.

“It is easier to manage them calving in November or December. The hair is good on them.”

“If you go into the following February or March, hair is falling off bulls. They do not look as well.”

“So, for that, you need to calf them at the end of August to have them 15-months-old for society sales.”

“A 12-month bull is too young. He is at the end of the sale from the start as the sale goes by age.”

Jim calves his heifer down at 36-months-old, with benefits including they being fully developed and having “enough power”.

“You do not want to calf in July or August because you will have mastitis. Then, April or May is too late to have them two-year-old.”

Jim sells 50% of his heifers at one to two years of age for an average of €5,500 and retains the remainder.

He culls 5% of his cows annually because of feet, fertility and mastitis-related issues.

Jim sells his commercial weanlings from 400kgs each November in Tullamore Mart and Elphin Mart, achieving an average of €2.40/kg.

“The trade is a bit better for weanlings in the mart this year. The expenses cut that out with the way meal and fertiliser prices have gone.”

Jim brings 50% of his pedigree Charolais bulls to Irish Charolais Cattle Society sales and sells the remainder on-farm from 15-16-months-old.

“There is a good on-farm trade for bulls, and a very good heifer trade.”

The following is a list of some of the Geoghegan family’s successes: 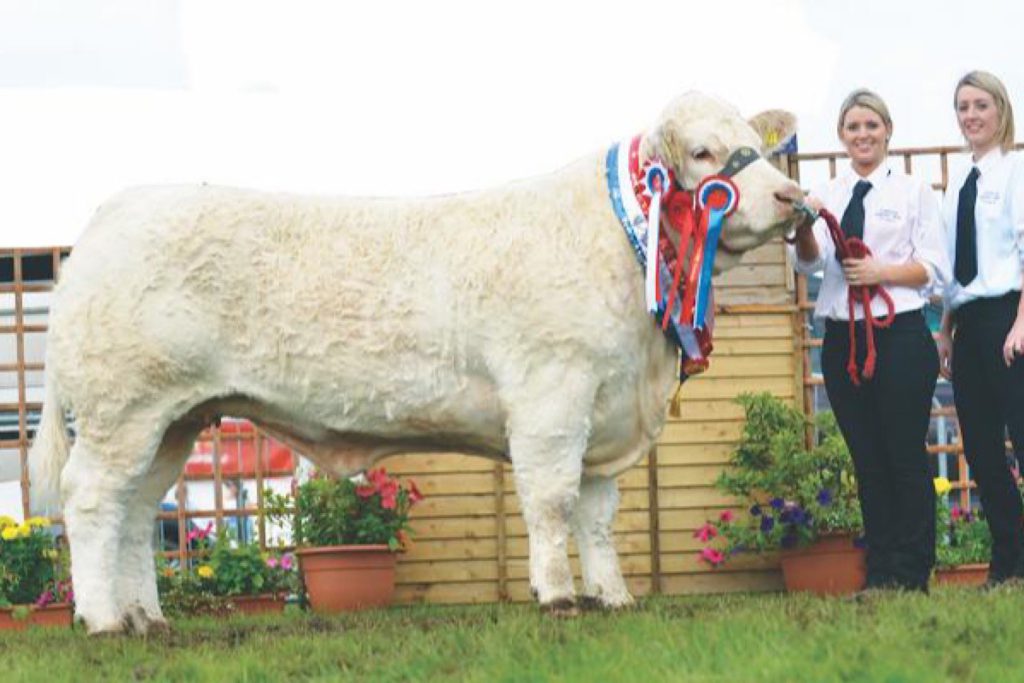 Jim believes the key to succeeding in the pedigree cattle breeding field is to “love what you are doing and keep your foot on the throttle all the time”.

He encouraged aspiring breeders beginning their pedigree herd to “buy the right female at the start”.

“You cannot just get laxey, daisy. You have to get very interested.”

“I like what I am doing; I do not count it as work. When I was working, I always wanted to be at home on the farm.”

Farm plans and the future of suckler farming

Jim hopes his son, James, an engineer, will come home from Australia to take the reins of the family farm in the future.

He plans to continue breeding Charolais cattle with no expansion plans for his land base or cow numbers.

“It is taking a good weanling to buy a tonne of fertiliser. So, I do not know where you go. We are at a crossroads with expenses.”

“I see a viable position for the suckler farmer for the person who does everything right.”

“Good cattle are key. It costs as much to feed bad stock as good stock. You need to have top quality stock.”

“It is also getting tougher at sales with rules and regulations. There is always something new. It does not seem to be in the breeder’s favour.”

He commented on the discussion around reducing the national herd.

“The reduction of the national herd will be done automatically as people are going to cut back numbers.”

“With fertiliser prices, you are going to have fewer stock, so the reduction of the national herd is going to happen automatically.”

“Maybe, not with dairy farming but drystock, better quality and fewer numbers,” the suckler farmer concluded.