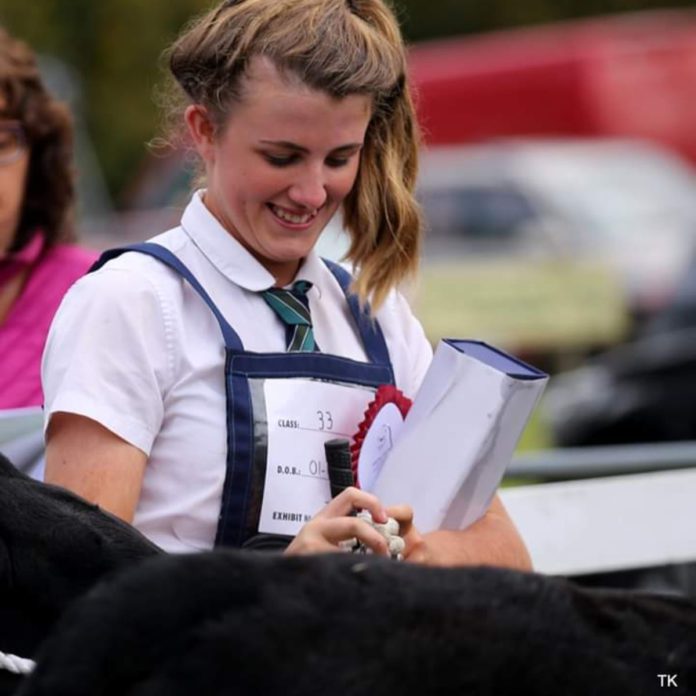 As part of this week’s Suckler Focus, That’s Farming speaks to Sinead Flanagan of the Lismacool Pedigree Shorthorn and Angus herds.

Padraig and his daughters, Sinead, and Katie, who are the fifth generation of the family to farm the land, operate the suckler enterprise.

They have two commercial cows and farm twenty-two pedigree Shorthorns and three pedigree Angus cows under the Lismacool prefix.

In 1996, the family moved away from commercial suckler cows and acquired their first pedigree Shorthorn female, Heatherview Winifred, at a clearance sale of the Heatherview herd, Co. Galway.

“She went on to produce ten calves in this herd. We sold her first bull calf to a suckler farmer in Co. Meath. This was the first bull of many to be sold to commercial and pedigree suckler herds all over the island of Ireland.” Sinead Flanagan, a fifth-year student, told That’s Farming.

“We felt that Shorthorn cows were more suitable for our land-type. Shorthorns have always been known for their docility and maternal traits. The ideal cow for our land-type is one that matures at 650kgs and has a calf annually unassisted.”

“Based on this, we moved to all pedigree Shorthorn using all AI. When numbers increased, we retained one of our bull calves and used him as a stock bull.” 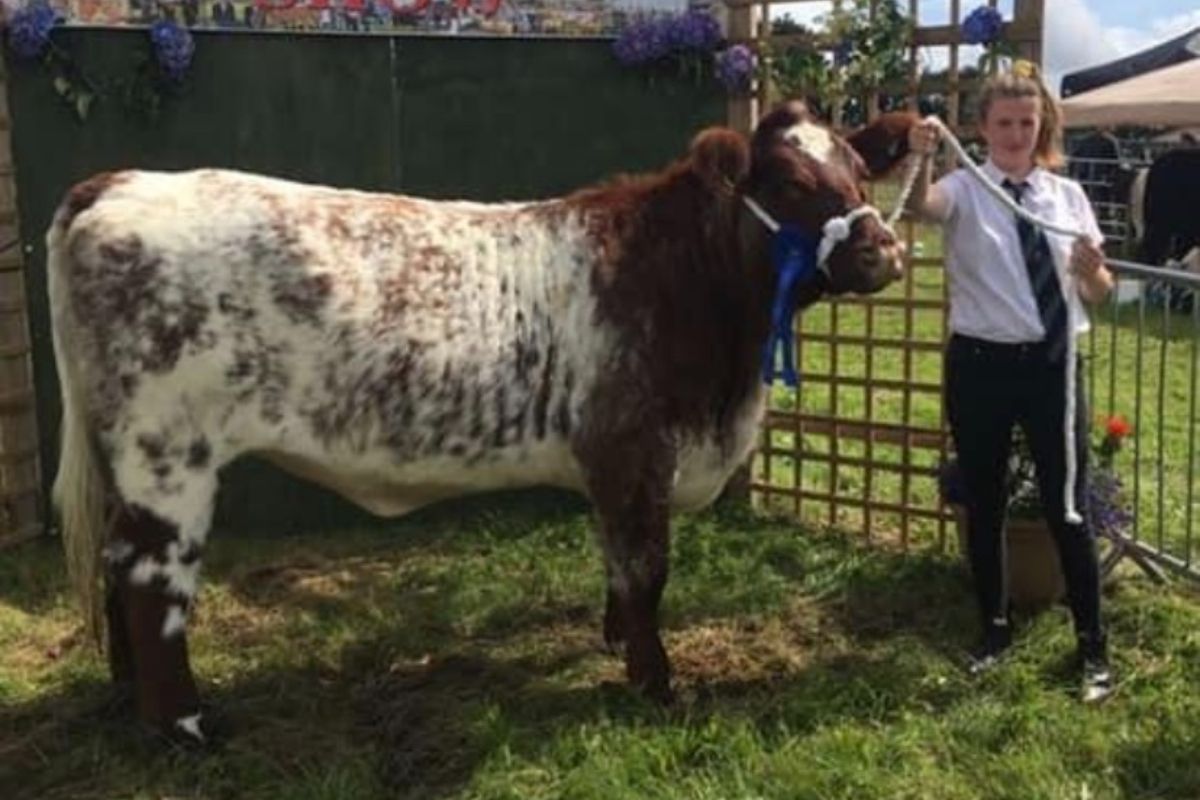 In 2015, the family established a small pedigree Angus herd by sourcing two yearling heifers from the Dalriada Herd in Co. Limerick.

One of the foundation females produced Lismacool Samson, who went on to win the 2019 All-Ireland Irish Angus Bull Calf Champion. The family later sold him to a pedigree herd in Cork at the Irish Angus Elite Sale in 2020.

Meanwhile, they have retained daughters from the second foundation female to grow their herd. The original females carry traditional Irish genetics, descending from the renowned Kilkelly Major bloodline.

“We selected Angus as we always liked them from having commercial Angus cows in earlier years. Angus cattle are easily kept which suits our farm.”

“Our ideal cow is one that matures at 650kg, produces a calf every year and has enough milk to feed her calf. We find Shorthorns and Angus have good feet and can survive on rough ground when we wean calves.”

“One calf per cow per year with the limited use of concentrates is one target that we are achieving every year. All of our cows calve unassisted every year which is another major target.”

The family use AI and a stock bull on theirShorthorn herd, while they AI pedigree Angus and commercial females.

“We calve one-third of our cows in autumn and two-thirds in the spring. The reason for this is to have progeny fit for sale, for breeding at different times of the year. We cull cows that are not breeding satisfactorily or lose calves.”

They sell male progeny as breeding bulls, at society sales and the remainder off-farm during the year. The family retain some heifers as replacements, as part of a 24-30-month-old calving system, while they sell surplus breeding stock to new and established breeders.

“Thankfully, we have very few inferior-types, with less than 5% that do not make the mark for breeding. We fatten these and bring them to our local factory.” 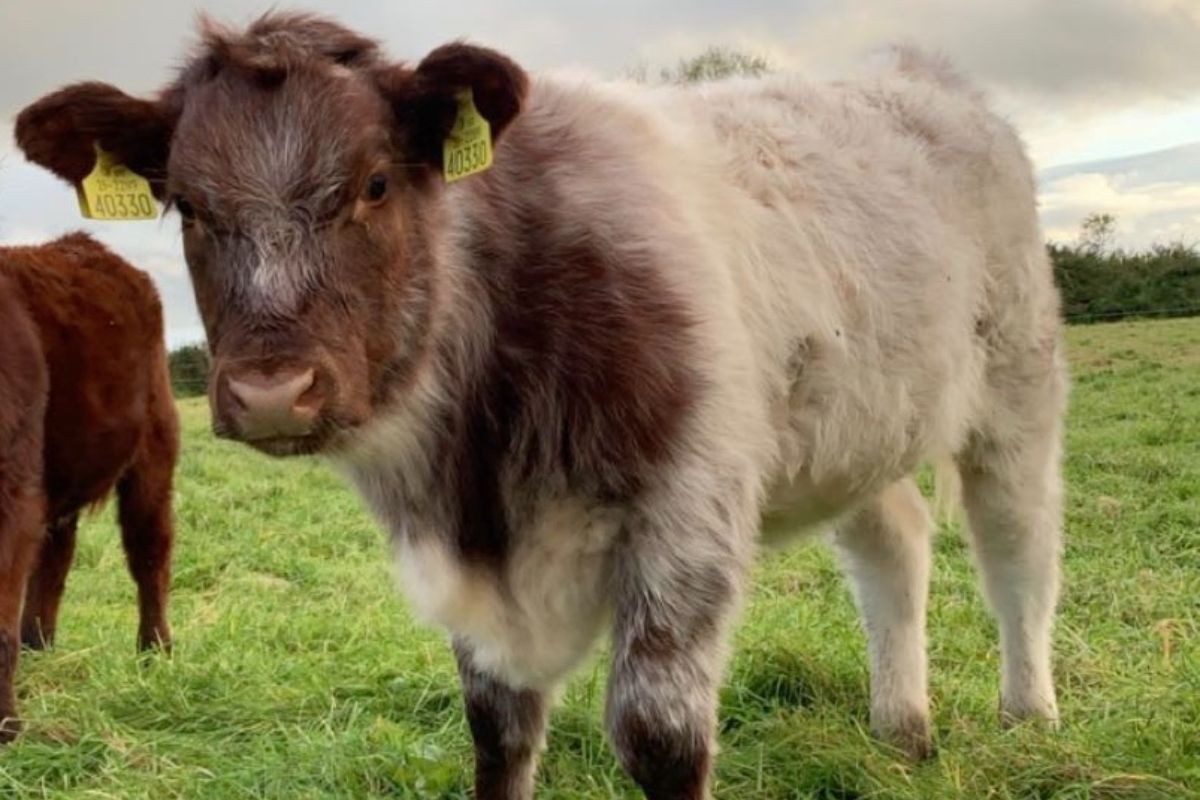 As many pedigree breeders view agricultural shows as their ‘shop window, the Flanagan family also share this believe and partake in these events to showcase their herd’s potential. They have been impacted by the cancellation of agricultural shows and some pedigree sales due to the Covid-19 pandemic.

The Irish Shorthorn Society and Irish Angus Society members made their debut onto the show circuit by attending events locally in Elphin and Strokestown in their early years.

In 2019, they branched out to cover all major national shows, and scooped prestigious accolades.

“I attended Bonniconlon where I qualified for the Irish Angus All-Ireland Young Handler, and got through to Iverk. In Iverk, we had an Angus calf who placed fifth in the All-Ireland class.” the Irish Angus Youth Development Programme member explained.

“After that, we went to Limerick for the Shorthorn All-Ireland 2018-born heifer where our entry came fourth. We went on to Strokestown where our Angus calf won the All-Ireland 2019-born male calf class.” Sinead added. 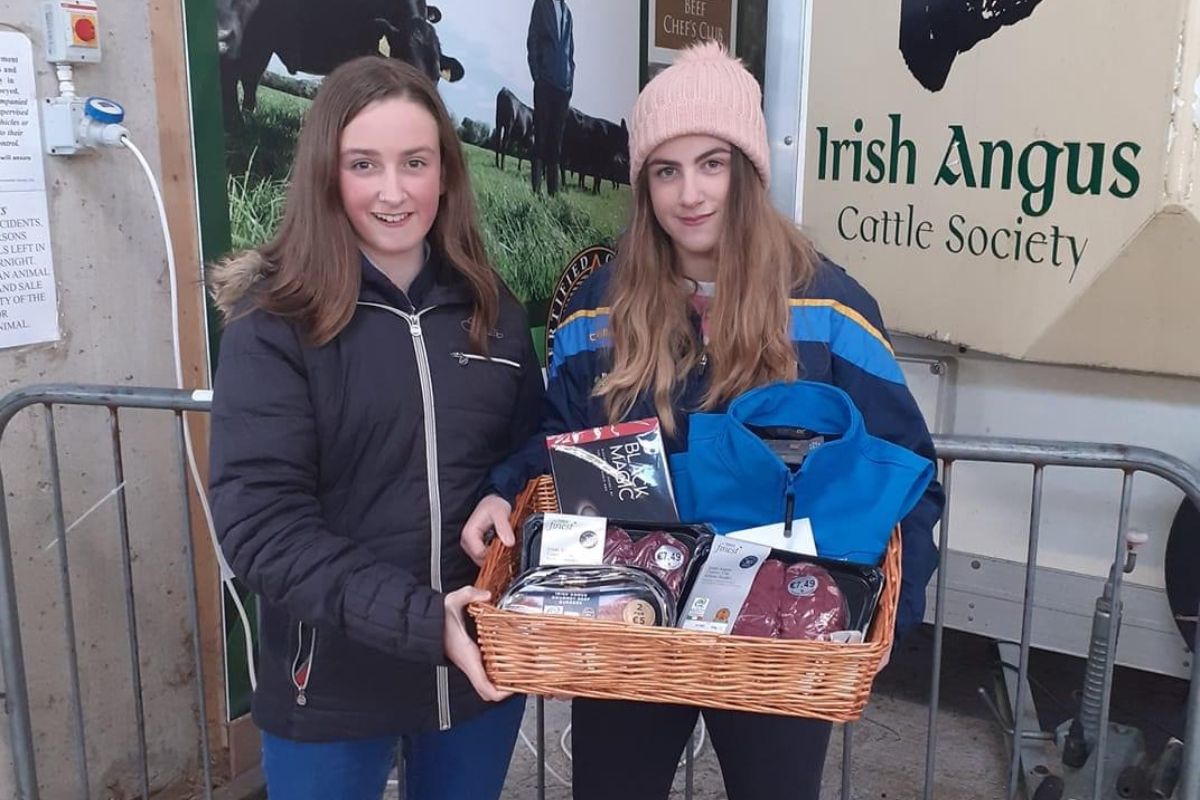 An increasing interest in traditional beef breeds in Ireland intertwines with Sinead’s future outlook for the Flanagan family farm. She is keen to focus on improving animal quality and grass production and relishes the idea of doubling suckler numbers.

“My dream is to farm 60 pedigree Shorthorn and Angus suckler cows when I graduate in 10 years. I want to pursue a career in the agricultural sector, whilst continuing to farm.

To feature as part of our Suckler Focus segment, email – catherina@thatsfarming.com