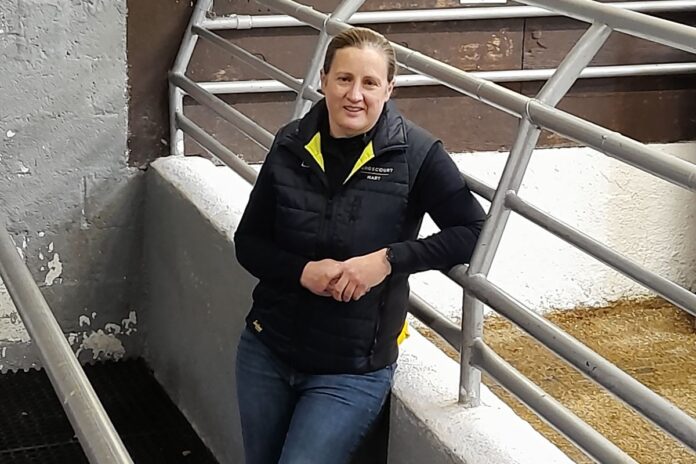 Lisa Keenan is one of the only, if not the only female livestock auctioneers in the country.

She also holds the weighty title of mart manager at Kingscourt Mart in County Cavan.

Originally hailing from Kilbeg, Kells, County Meath, where the family still have a suckler farm, she developed an interest in auctioneering from a very young age.

And this passion was nurtured by her late father, Jim Keenan, with whom she had a very close relationship.

Her father bought Kingscourt Mart in 197,  and it grew in popularity and numbers as the years went by.

There are marts that have come and gone, but it is “still going strong”.

The Keenan family regrettably lost Jim in 2005, but his legacy lives on through Jim’s wife Mary, Lisa and her three siblings.

Lisa tells That’s Farming, “my mum works in the mart office and my sister, Aine, does a bit of clerking when she is not busy being a solicitor.”

In her own words: “It was my father that got me hooked on marts and cattle.”

“She goes on to say: “From the age of 12, my dad used to pick me up from school on a Thursday and bring me back to the mart”.

“Back then, I did not have a set role in the mart, but there was always something to be done.”

“It could be running to the shop to buy sweets for the Marys in the office or down to the yard to get a tag number checked.”

After completing her Leaving Certificate in 1998, she went on to gain her auctioneering degree and licence between; 1999-2003.

Speaking about the early years as a young auctioneer, Lisa explains “how important it is to build up your reputation, getting to know your clients and appreciate your crew”.

She goes on to say that “it takes a few years to become established as an auctioneer”.

“And when you get ‘your own gig, it is a brilliant feeling, one you do not want to give up”. 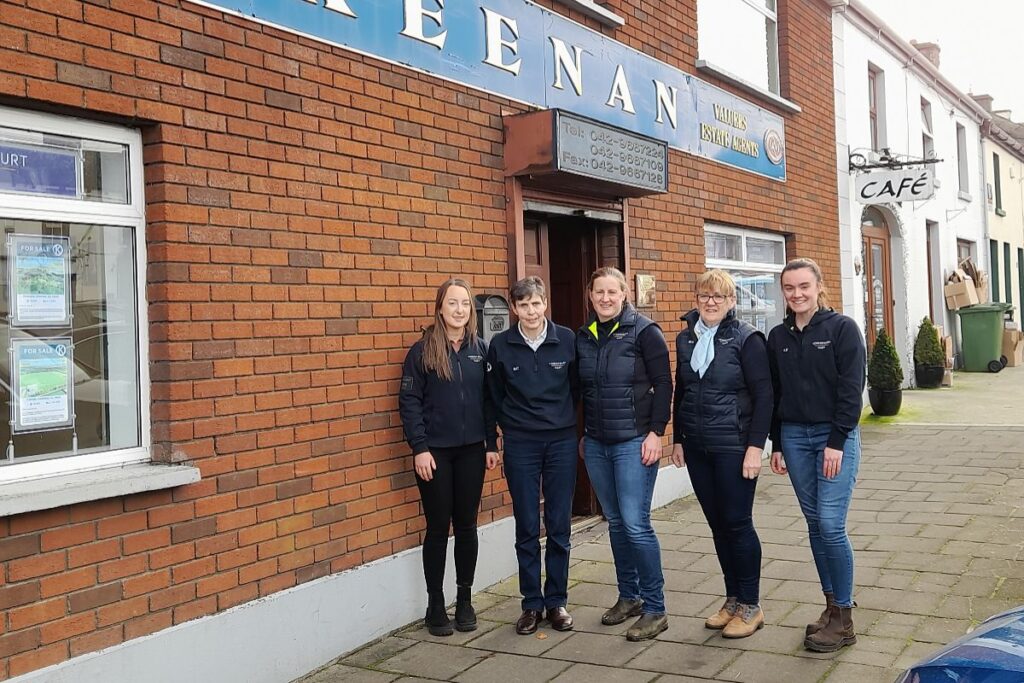 Day in the mart

A typical work day for Lisa starts at 6:30 am and, as she says herself, “there are never two days the same”.

And this is something she loves about the job, the variety and a little bit of the unknown.

She goes on to describe her day in more detail: “After arriving on-site for 6:30 am, I book in the cattle at the chute and then take a tea break at 9:30am”.

“I am back down to the yard to see what is going on and where there’s an extra hand needed. If all is under control, I go back to the office and see if all is going ok there.”

The selling gets underway at 12:30 and, as Lisa says herself, “the heifer ring is my playground”.

She explains that; “selling can last anywhere between 3 and 6 hours depending on the number of cattle present”.

But it is here that Lisa feels right at home. She describes the atmosphere around the ring as electric. It is like “a drug of sorts”, and her passion resonates when she talks about a mart day. 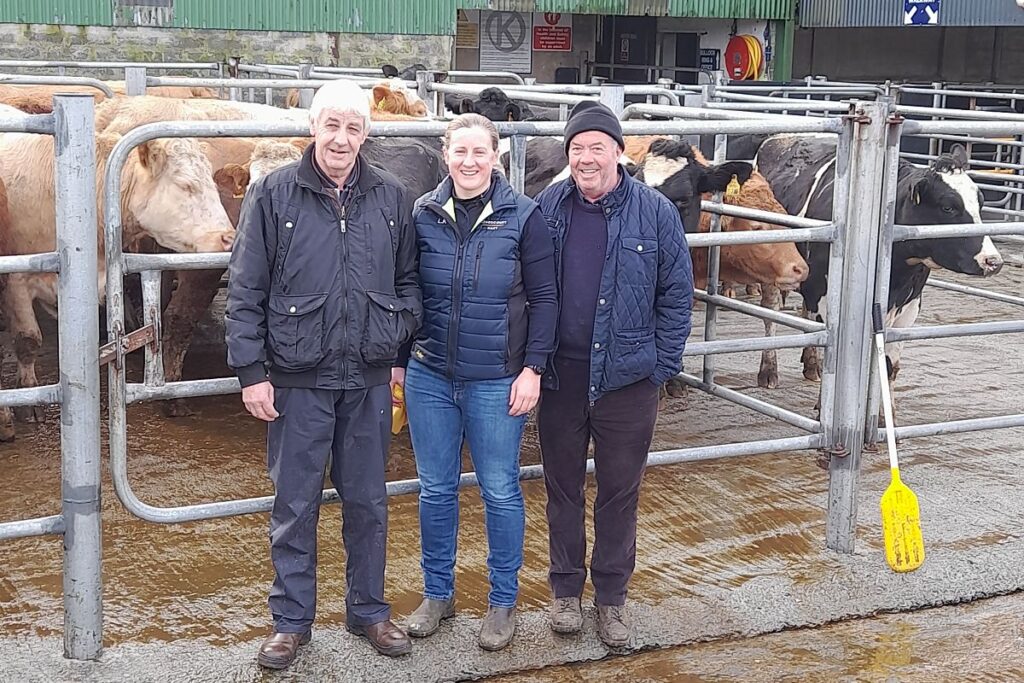 Continuing with her mart day run-down, Lisa goes on to say:

“After the last animal is sold, it is time for the ‘post-match analysis’ with the clerk and Nigel Gilmer, the auctioneer in the bullock ring.”

“We have a wee chat about the day’s trade and the quality of stock on offer, which is generally exceptional in Kingscourt, and any dramas encountered during the sale.”

Although cattle came first, the sheep sales have built up over the years and continue to be a local mart for sheep farmers in the surrounding areas.

There is a real sense of fun about Lisa when she talks about her role as mart manager; her passion is infectious.

She is very professional in her role, but she also knows how to have a laugh.

Lisa cannot talk highly enough about her team. From the two Marys in the office, who have been working together for over 40 years and are, described by Lisa as “the engine room of the mart,”.

One of which is her mother, Mary Keenan, and her colleague, Mary Clarke, to all “the lads and lassies” around the yard.

Lisa speaks very highly of all her mart team and declares very honestly that she “could not do it without them”.

Lisa’s description of a day at mart reads very much like a sportsperson describing a big match.

And this is no accident as she was a keen sportswoman until recently, from being a bit of a trailblazer when, at the tender age of 9, she was the first girl to play with her local boy’s Gaelic team, St. Michael’s.

She played for over 15 years on the Meath ladies’ senior team and even tried her hand at rugby and soccer, very successfully too. Not to mention playing on the Irish ladies’ soccer team at under 16, 17 and 18 levels. 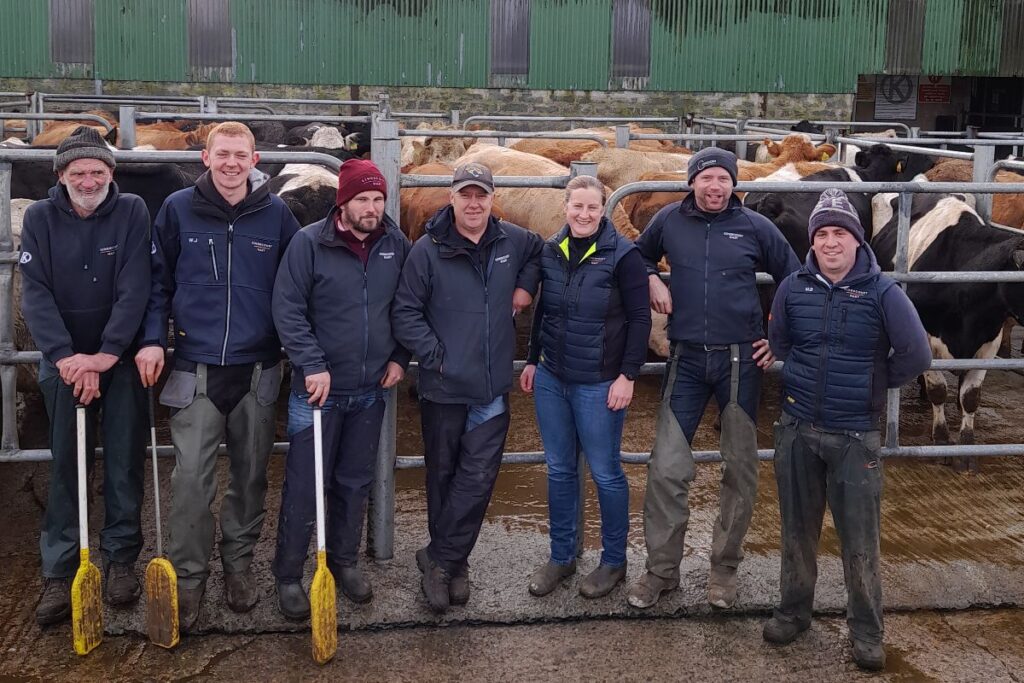 As a mart manager, the list of responsibilities knows no end. Lisa outlines some of hers as mart manager.

“On a sales day, I make sure I have plenty of staff on and that they know what role they are filling.”

“If there is a problem, it is my job to sort it out or get it sorted.”

Alongside the busy sales day goings on, there are continuous maintenance repairs and general wear and tear issues needing attendance.

The impact of Covid 19 on the mart

Lisa is very honest about the challenges she and her team faced during the Covid pandemic.

Commenting on these challenges, she says, “It was a tough time for marts all over the country.”

“It was difficult being closed and remained a very trying time up until the restrictions were lifted.

With regards to entering the online world of selling, Lisa goes on to say: “We were slow enough to introduce online selling.”

“We were wary of it and realised that there were potentially many pitfalls and abuses associated with using online bidding.”

Describing the system they finally chose for the mart, Lisa explains, “When we were happy we had found a system that was safe and fit for purpose, we went with the Mart Eye online auction system. Now we love it.”

Lisa adds, “Online bidding has been a great boost to cattle marts.  It has made bidding and buying cattle so accessible to all.”

When asked about her hobbies, Lisa replied, “I just do a bit of gym work now and the odd exercise class.”

“I had a wee baby recently, so I find myself playing and talking baby language a lot these days with Jamie; she is good fun.”

She continues, “With all that is going on with work and family life, I do not get much time to farm.”

“We have a great chap that looks after the farm. So, farming and spending time with my cattle has actually become a bit of a hobby.”

Commenting on her role as a female auctioneer in a very male dominated work environment, Lisa says that “you come across difficult clients in all walks of life”.

“You have to develop a thick skin at times and just get on with it.”

Gender representation in agriculture is still dominated by men, and although there are a lot of women working behind the scenes, they are perhaps a little reluctant to put themselves forward for certain roles in agriculture.

Remarking on this topic,, Lisa says that she would “love to see more female drovers at her mart and around the country”.

“Female hauliers are also very thin on the ground,” she is quick to add.

Overall, her passion and interest in her career carry through on the rostrum and to her dedicated team.

She concludes by saying, “I would recommend it as a career to anyone with an interest in livestock auctioneering”.

- Advertisement -
Previous article
Prices to €5,250 at Brennan’s sale in lightning trade at Balla
Next article
Man airlifted after cow escapes from mart