That's FarmingThat\'s Farming Irelands Largest Farming News, Properties and Classifieds Network
HomeBeef‘My goal is to be one of the top pedigree and commercial... 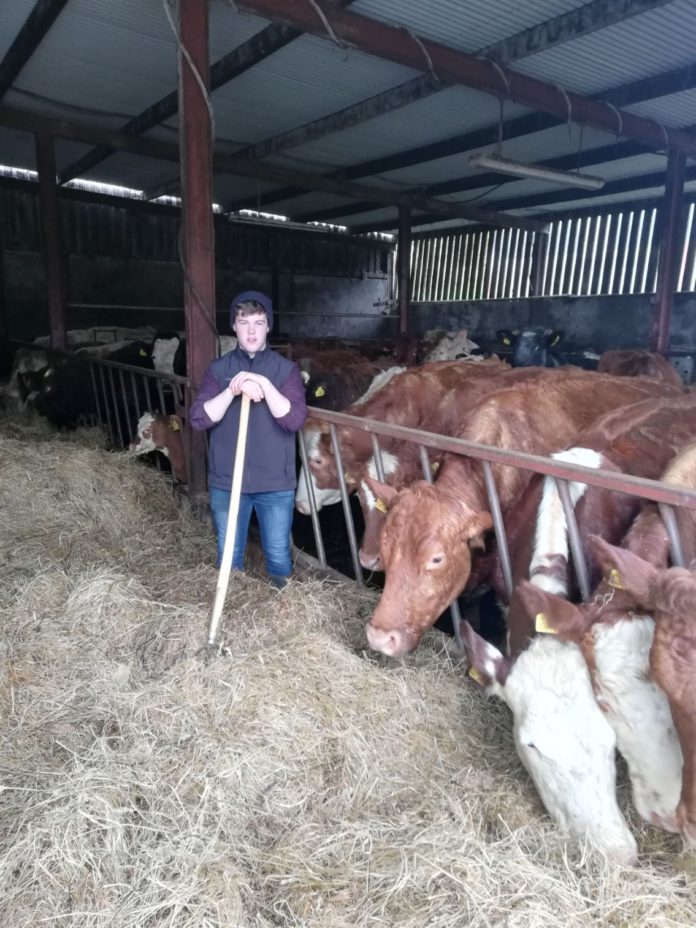 As part of our Suckler Focus, That’s Farming speaks to Aiden Moran of Kilmac Charolais.

Aiden Moran farms a 30-strong commercial herd and five pedigree Charolais under the Kilmac prefix with his father, Fergus.

A journey to the Charolais Christmas Cracker sale in 2014 to acquire a stockbull for their commercial herd sowed the seed for the young Sligo’s native pedigree breeding venture.

To lay the foundation for their pedigree herd, Fergus bought his son his first pedigree Charolais female two years later.

“My first cow, Benvewi Jessica, was from the Benveiw herd was the key for starting the Kilmac herd. I bought other heifers from a few of the other top Charolais herds in Ireland. They are consistently breeding high-quality calves every year.” Aidan told That’s Farming.

“My first calf was called Kilmac Nobber; he was by Hideal X Sportsman Columbo. He was a very good calf for someone just starting off.”

Aidan’s desirable cow-type is one with a good topline, milk, size, length, depth, and an ability to produce quality progeny, which he sells at society sales, including the Christmas Cracker and March premier sale at GVM Tullamore Mart.

“With purchasing quality and putting enough time and dedication into it all, I do believe in my time of breeding Charolais cattle that I will have bulls in an AI station.”

“My local council member, Aiden McHale, has supplied me with great advice down through the years. Any time I need a question answered, Aiden is always there to help me.” 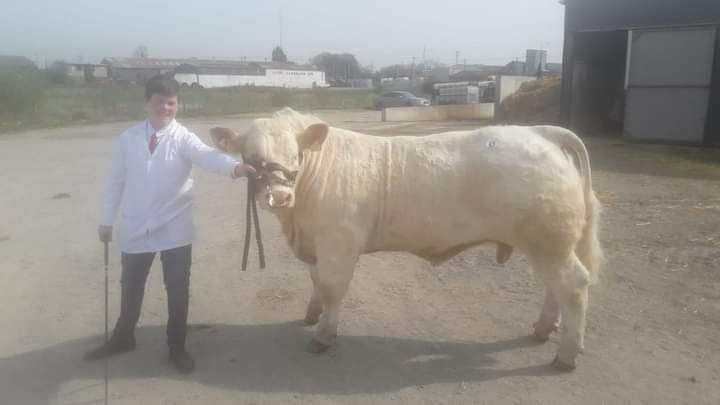 Their experience with the breed began after seeing its strengths in a commercial suckling capacity.

In recent years, they have increased their usage of Charolais and Belgian Blue AI sires and have put some red Limousins in-calf to Belgian Blues carrying the red factor, to produce roan-coloured progeny.

“Firstly, my ideal-cow type is a Shorthorn X Salers because when crossed with a Charolais bull, she will have a golden calf that will go on to achieve from €1,000 to €1,200.”

“The second type of a cow is a Belgian Blue-cross-Limousin-cross-Simmental to breed a serious calf and have plenty of milk to see the calf through to weaning stage.” 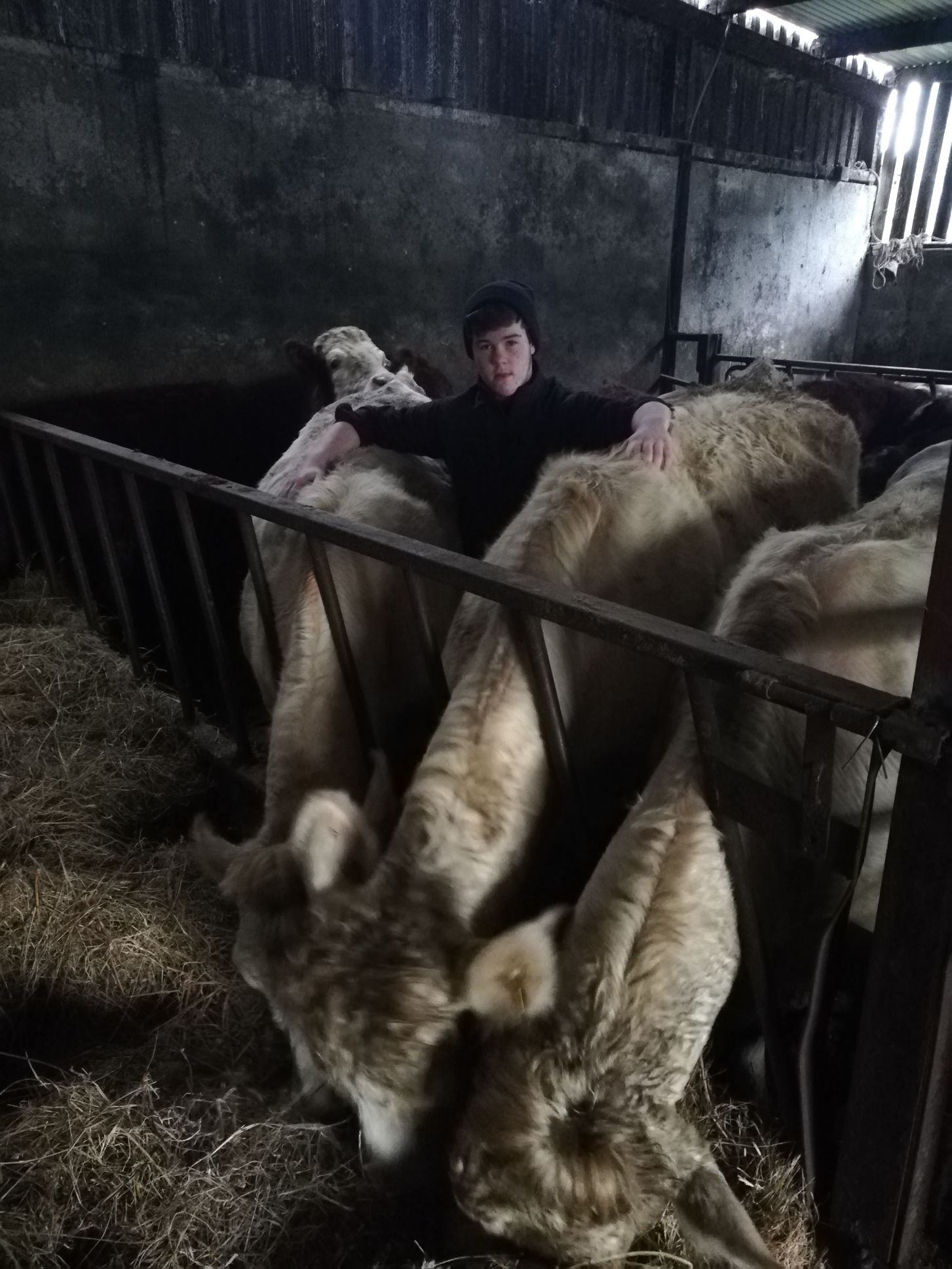 There has been no embryo transfer work undertaken on the farm, but it is in the pipeline for the coming years.

Calving takes place between September and December as the pair run a full-time business that sees its busiest workload in the springtime. They aim to have one calf per cow per year, and they are achieving this target. Furthermore, they sell their weanling at the mart when they are between 8-10 months of age.

“We sell our first batch of Charolais bull weanlings at the opening sale of Autumn-born bull weanlings in August. We have a high reputation for producing quality Charolais weanlings, and we always take the top prize with them.”

They sell their weanling heifers in Aurivo Mart Ballymote and, when replacing cows, purchase Salers, Shorthorn. Limousin or Simmental breeding. The three main Limousin bulls used on the farm are GWO, EBY and ZAG. 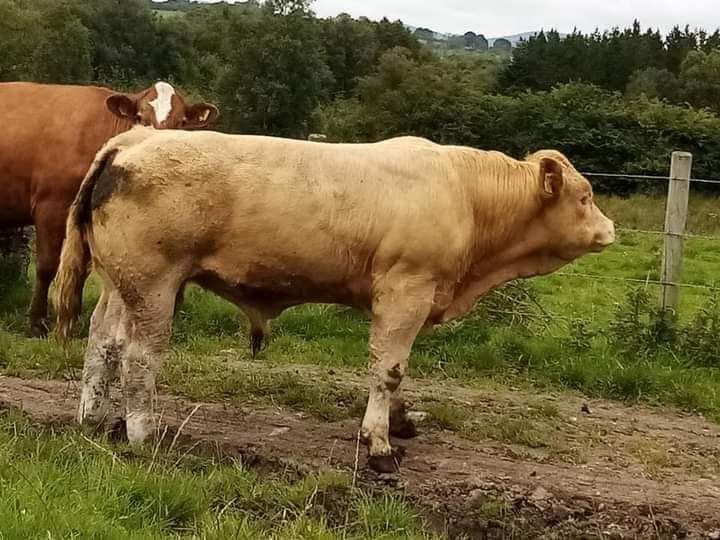 Admittedly Aiden is satisfied with his herd at present but plans to purchase more pedigrees and commercial cows in the future.

Aiden wishes to continue to focus on the type of cow he keeps.

“My goal is to be one of the top pedigree and commercial farmers in Ireland. I am going to get into all U-grade muscular type cows with good toplines, conformation, and good milking ability.”

“On the pedigree side, I plan to import pedigree Charolais heifers from the top herd in France and flush them and implant embryos into recipients.”

He believes the future for suckler farmers in Ireland is “strong” but believes that farmers will have to “start breeding more quality cattle to achieve a higher price than the prices they are getting for the average type of cattle”.

“They will have to select a quality type of a cow and bull to go on and breed higher-quality offspring.”

Similar to others, Aiden believes farmers are not currently being rewarded enough for the quality progeny they are producing.

“Not with the way beef prices are up and down regularly. But I still think if farmers start to breed higher quality cattle, the outcome will be good as quality always sells.”

“Times can be hard in farming; every farmer can have ups and downs from weather, prices they take for cattle, Brexit and Covid, but for us as farmers, if we stick together and keep positive, the future will be bright for Irish farming,” Aiden of Kilmac Charolais concluded.

- Advertisement -
Previous article
Mart Quiz: How much did these heifers and weanlings sell for?
Next article
Jail for tractor driver who spat at police and claimed he had Covid-19