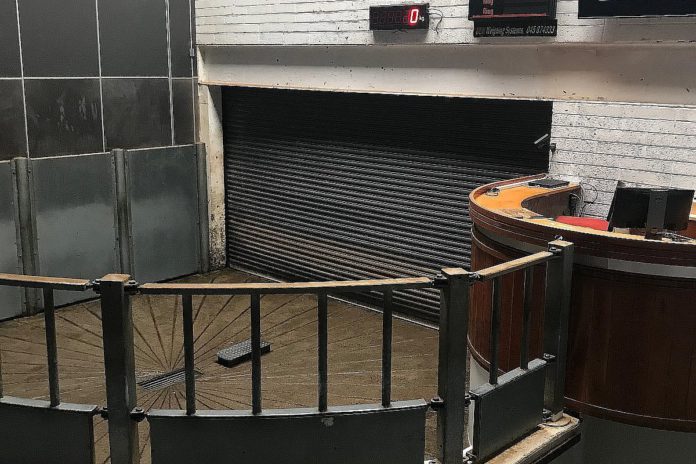 Just shy of 500 entries went under the hammer at Kilkenny Mart on Tuesday, March 16th, according to George Candler.

The mart’s auctioneer reported a smaller entry of calves in comparison to the previous week’s sale, which attracted some 700 lots.

“Trade peaked at €410/head for a Belgian Blue bull with continental heifers to €300. Friesian bulls recorded a top call of €220. Hereford/Aberdeen Angus bulls to a top of €325/head.”

Some 700 calves went under the hammer at Kilkenny Mart on Tuesday, March 9th, according to George Candler.

The mart’s auctioneer reported a larger entry than the previous week, with a “good” trade for continental and traditional (Aberdeen Angus and Hereford) entries.

“The fact exporters were not operating impacted the trade for the lesser-type Friesian bull calf. Some Friesian calves could have done with more whole milk and more time to mature.”

Some 250 lots went under the hammer at Kilkenny Mart on Monday, March 15th, according to George Candler.

The mart’s auctioneer reported that numbers are “staying small” with a top call of €174 for 57kg entries. “The want continues with the €174 barrier broken on a few occasions.”

- Advertisement -
Previous articleVideo of cyclist ‘hitching a lift’ sparks outrage
Next articleVIDEO: How to get late-calvers back in-calf