That's FarmingThat\'s Farming Irelands Largest Farming News, Properties and Classifieds Network
HomeBeef‘A person buying one animal must be treated the same as a... 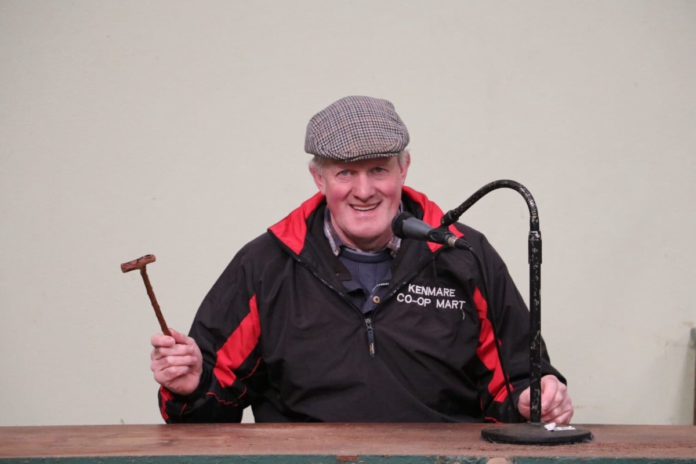 As part of this week’s Mart Focus, That’s Farming profiles Dan McCarthy, a sheep and beef farmer, a Kerry county councillor, and an auctioneer/manager at Kenmare Co-operative Mart.

“I am farming all my life; my family have been living in Kenmare for generations. There was just not any education or qualifications for it then,” McCarthy told That’s Farming.

“I left school when I was 16, did the Inter Cert and did not come out with honours in any subjects; I got into it with pure hard graft and kept working at it. To note, I was secretary and chairman before that, and one of the committee members asked me would I take on the role as no one else was interested at the time.”

Furthermore, Dan has fifteen years of experience dealing with the people of Kenmare as a former breadman. 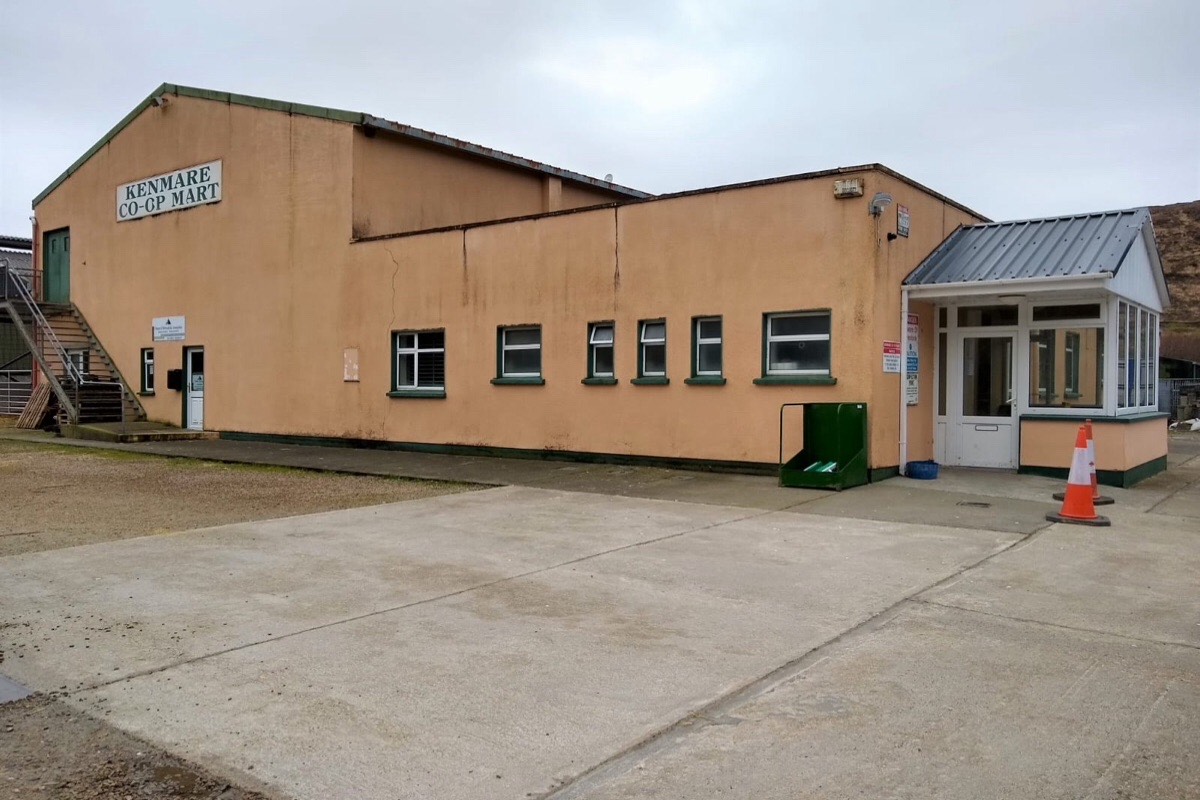 In 1996, Kenmare Co-operative Mart opened through a visibility study led by Stephen O’ Brien and a development group. The mart serves a 30-mile-radius catchment area of The Bear Peninsula and south Kerry.

Today, it operates one ring and is celebrating 25 years in business. The mart employs sixteen part-time staff, two permanent staff, one office staff member, and one livestock auctioneer at sheep sales from August onwards alongside Dan.

“The one thing I always wanted to do from a young age was to be a commentator and do commentary about football matches. I just had a grá for it, and I started selling as soon as I became manager. I often start selling at 10:30.am, and it would be 5:30 pm, when I finish.” 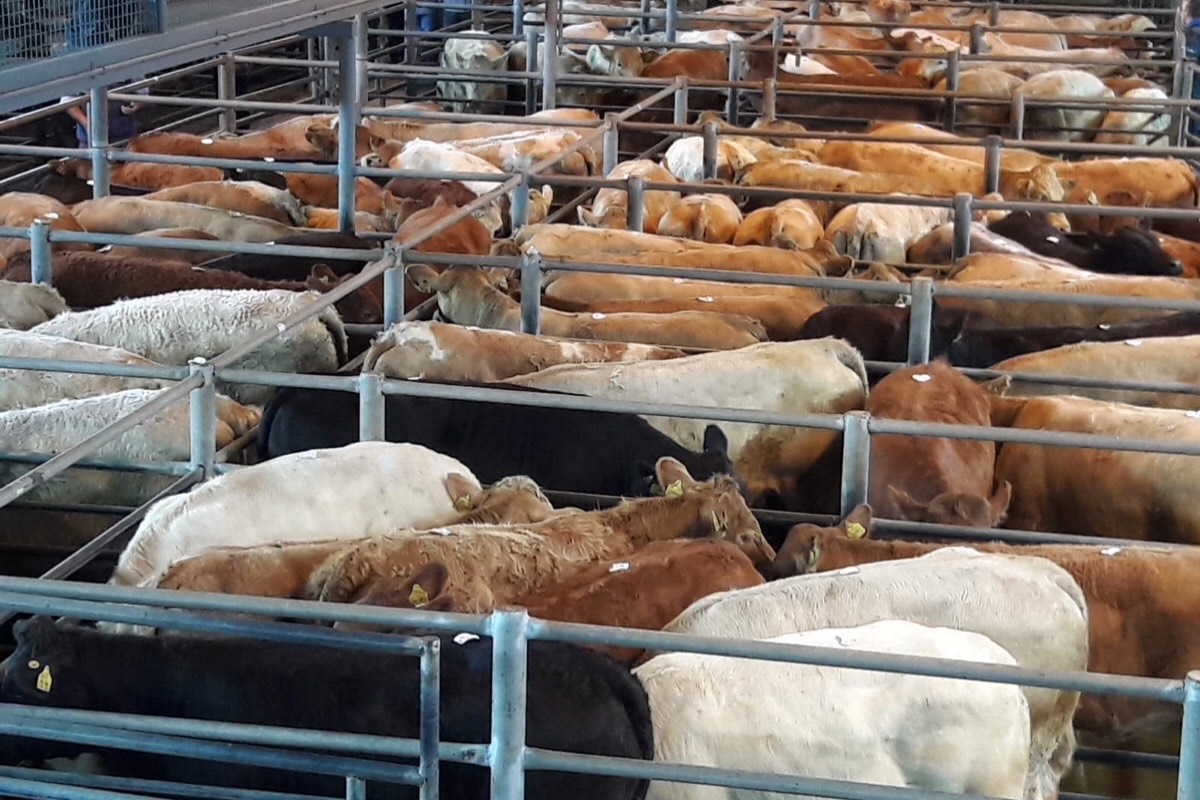 “I am lucky I have a great committee and great staff working with me. Every one of them is interested, and their first love is to keep it going and have a good camaraderie, which is very important.”

Furthermore, Dan’s early memories of marts can be traced back to his attendance at the Kenmare Fair and neighbouring Castleisland, Skibbereen, Macroom, and Miltown marts.

“We would be living five or ten miles outside Kenmare. We would get up in the morning at about 5:30 am and get the cattle out of the field and walk them to the fair.” 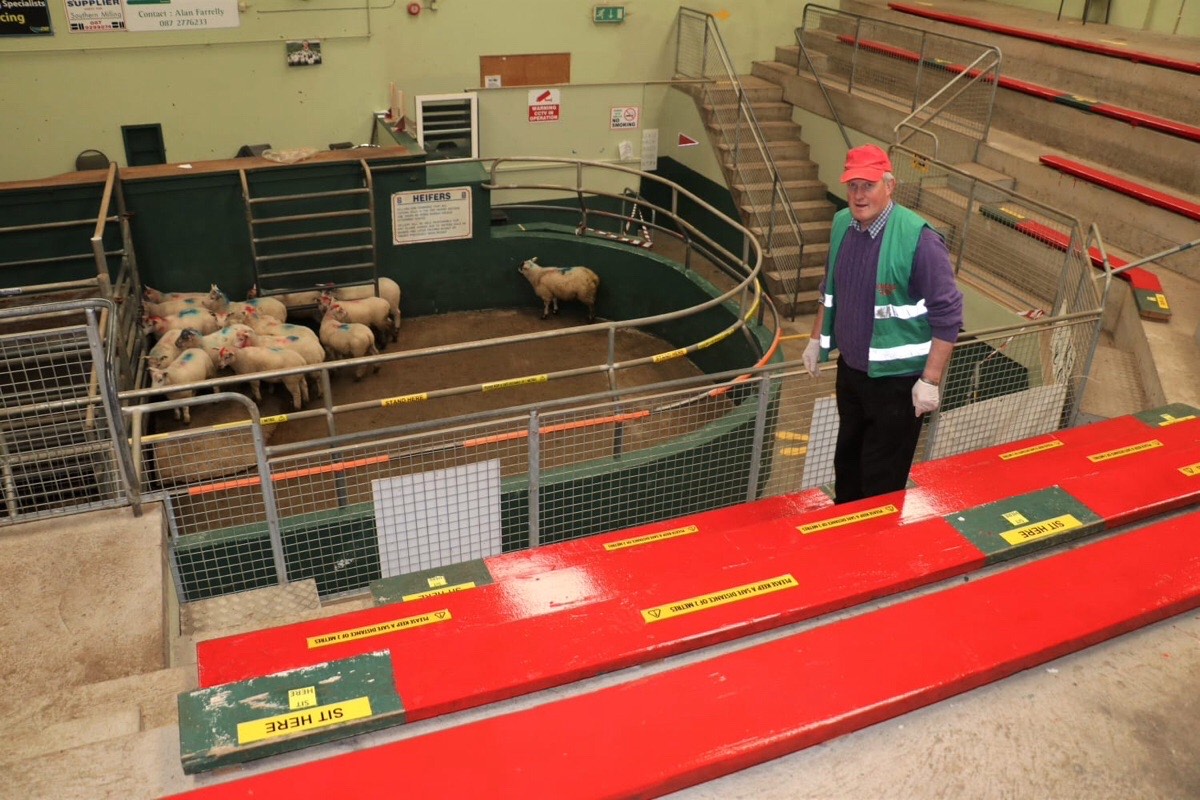 According to Dan, livestock marts have adapted to the challenges presented by Covid-19 through the introduction of virtual technology.

Additionally, he acknowledged that LSL Auctions’, software team guided him through some broadband difficulties at the beginning. He said that customers have adapted “very well” to changes and he believes the “online system is here to stay”.

“Online selling will be a big part of it, especially for the smaller marts where they would not be able to attract buyers for smaller sales. They could buy their cattle online and get them transported up the country.”

Dan, who is in a public role, believes taking on a managerial position involves “taking it seriously and being responsible”. Secondly, he noted he must get the best price for the farmer, have the right stock for buyers, and treat them all equally.

“You must be prepared to answer the phone twenty-four hours seven days a week. A person buying one animal must be treated the same as a person buying 150 animals. You must have a grá for people; if you have not, you will not succeed.”

“If a person decides to go to another mart, you have to take it on the chin and hope they come back to you with their next cattle or sheep.” 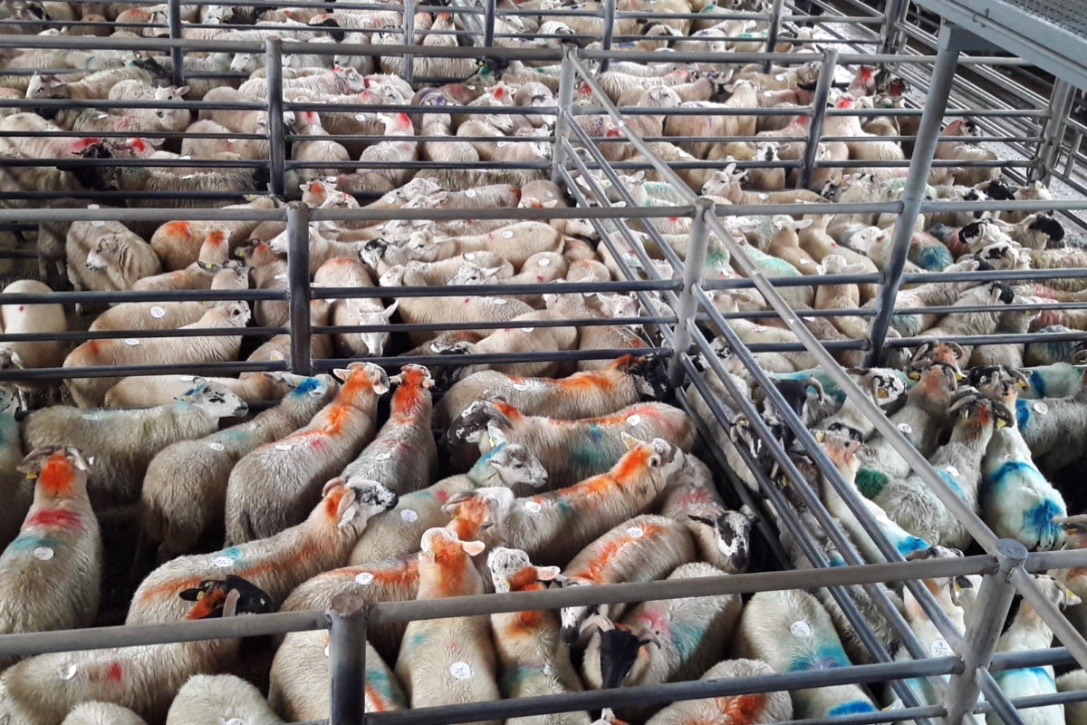 According to Dan, the most satisfying part of being a mart manager is playing host to a large sale with reasonable prices and satisfied clients.

“We sell a good lot of hay and straw, and we try to get as much as we can for the farmer. It started back in 2013 during the fodder crisis, and we kept at it.”

In 2014, Dan was elected as Kerry county councillor, where he voices rural-related issues at weekly meetings.

“The big issue at the moment is where livestock marts were allocated a €5,000 grant for putting in the online system. You have to spend €5,000 this year, every mart put it in the thing last year, it is wrong on the marts to spend €5,000 again.”

Looking ahead, Dan believes it is essential farmers can attend their local mart and support it with their livestock.

Secondly, he noted that before Covid-19, the mart welcomed in the region of 200 to 300 people, with many socialising in the canteen and the mart, giving a substantial economic boost to Kenmare.

Additionally, his career highlights include their annual social night, selling 70,000 sheep last year, and having the then Minister for Agriculture, Food and the Marine, Michael Creed launch the Sheep Welfare Scheme. Also, he commented on many other successes, including the Pink Hat Day and the ice bucket challenge.

Furthermore, he has noticed the decline in the suckler cow herd and younger people entering the farming field, who he believes will continue the family farm.

“Most of the youth are into the marts; the younger people must get involved in the committees to keep the livestock marts going. I would say many of the mart committees are getting older.” the manager of Kenmare Co-operative Mart concluded.

- Advertisement -
Previous article
Identifying lameness in advance of breeding
Next article
‘I completed a make-up artistry course, and now I am farming’