That's FarmingThat\'s Farming Irelands Largest Farming News, Properties and Classifieds Network
HomeBeef‘The focus needs to go on cattle that can do more off... 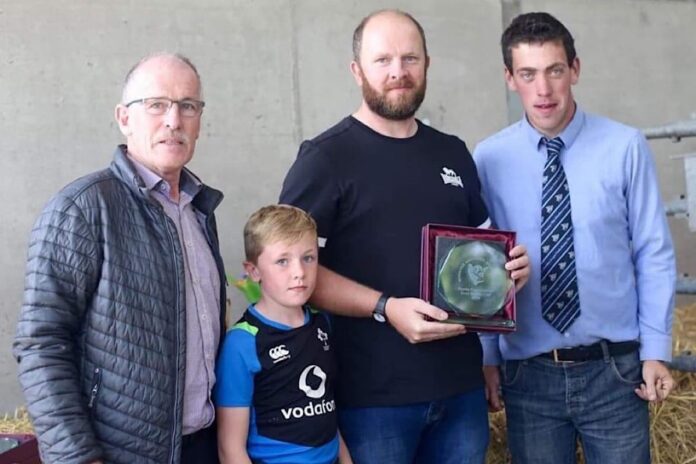 In this week’s Suckler Focus, That’s Farming, speaks to the Jadam herd. Enda Kearney discusses calving heifers at 24-months, scanning, DIY AI, setting up his own YouTube channel, rising input costs, and his plans to cut farm expenses this year.

He has continued to invest in other cow families, including animals from Mick Culkeen’s Blackfield herd in Co Galway.

Enda’s herd’s main cow families include Lady Sandra, the Ebanys and the Rosebuds.

His son, Adam, helps him on the farm, and his nephew, Jack, who works full-time for Cow-Scan, with occasional help from his daughters, Jenny, and Nicole, and his wife, Pauline.

“Suckler farming is in the family for years. Growing up, we always had Charolais and Limousin suckler cows,” Enda Kearney explained to That’s Farming.

“In 2012, when I took over the farm from my late father, Frank, I had been working with a vet that was flushing cows. We flushed a few Angus cows on a farm, I liked them, and I wanted to get into them myself.” 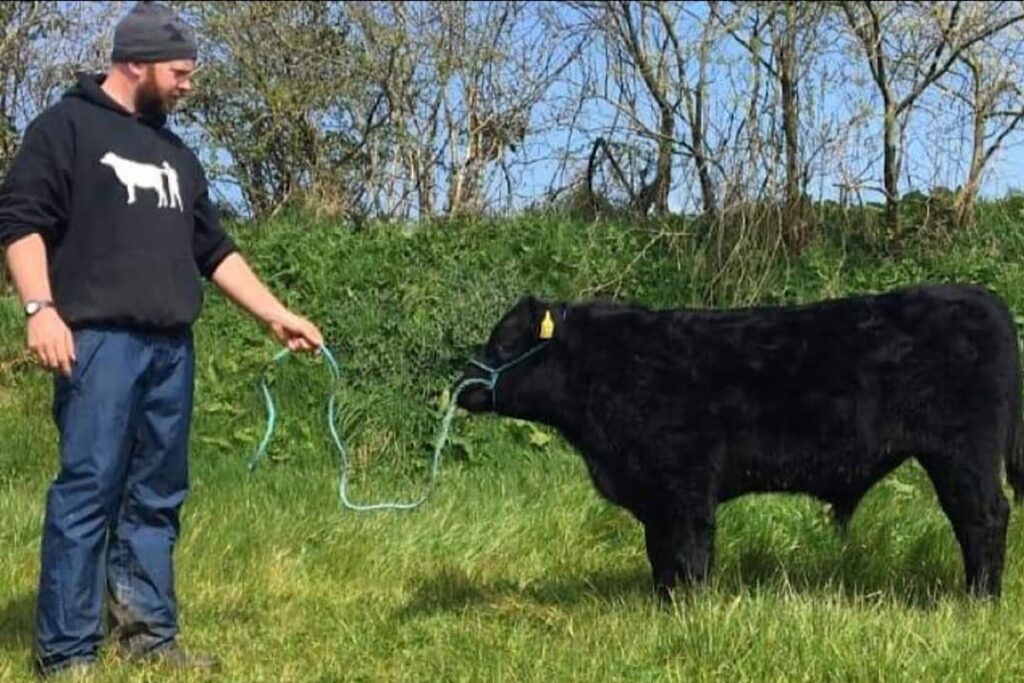 His ideal Angus cow is 700kgs, fertile, docile, milky, with good maternal characteristics, which can “bring a calf into 400kgs at weaning”.

“I am on very heavy ground, and they are better suited to marginal land. I am working away a lot, and Angus cattle are great to get on with it.”

“There is no pampering; they calf themselves and go in-calf with ease. Bulls and heifers are easily sold to pedigree breeders and dairy farmers.”

“I think with the requirements going forward with a lower carbon footprint, the Angus breed is in a very good position.”

He uses all AI on his herd, which he has completed, since 2010 – the year he took up the role of AI technician with Munster Bovine.

Last September, he left this company to establish his own firm, Cow-Scan, to offer bovine fertility services.

Some of the main AI sires he utilises include Rawburn Romell (S600), HF REBEL (ZHF), and Fordel Lockdown (AA5094).

“There is a good selection of straws between the different AI companies. I have figured that you cannot be listening to anyone other than yourself over the years.”

“In my view, it is yourself that knows what type of cattle you feel should be breeding. That is the goal any pedigree breeder should have.”

Enda undertook some ET work with his own cows but has not implanted any embryos as he plans to offer these for sale. 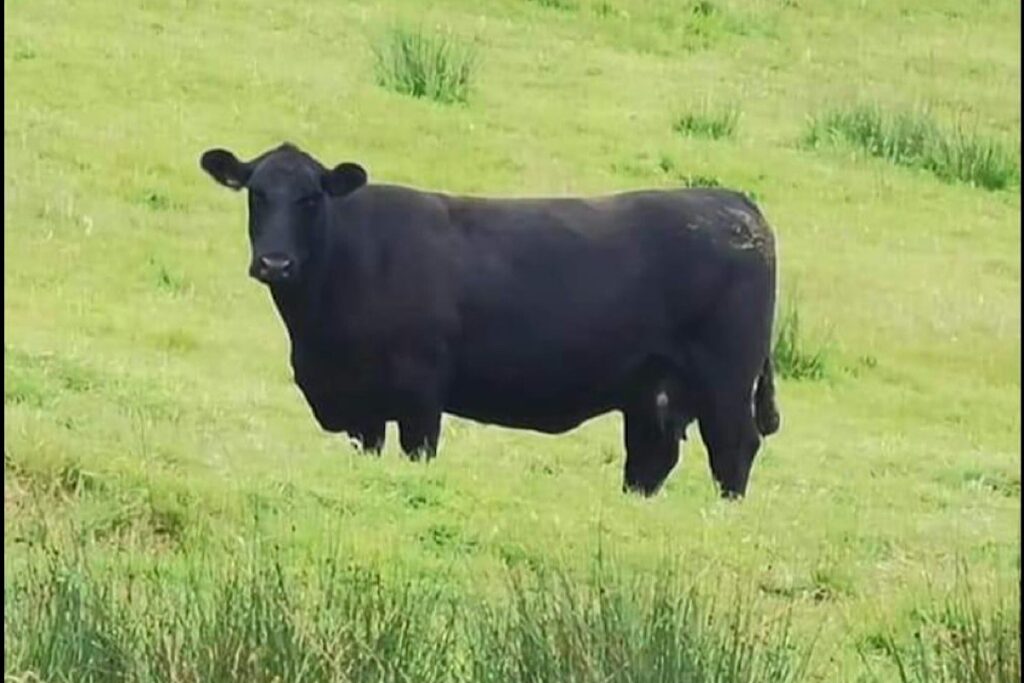 He calves his herd from September to December 25th, enabling him to have stronger bulls for on-farm sales and heifers available for autumn sales.

Enda calves most of his cows in September. He achieves a compact calving period using heat detection from the start of breeding in December and monitoring his cows closely.

“I find once cows are fed well and watched, it is not that hard to spot them coming into heat in the shed. They are on a very good vaccination and mineral regime.”

“The heifers are calving at two-years-old. I would like it if they were a little older. They are probably working a bit hard because they are a slightly milky breed.”

“They would ideally want to be two-and-a-half-year-old, but it does not always work within the calving window.”

According to Enda, the herd’s calving interval is 358 days. He claims that he has not assisted any cows to calve since venturing into the Angus breed.

He retains up to two replacements each year and sells the rest as yearlings to pedigree breeders on-farm or exports them to Spain.

The Clare pedigree breeder sells bulls for breeding off-farm to a repeat customer base of dairy and beef farmers.

“In my opinion, there is a savage demand for Angus bulls. I try to keep hitting both dairy and suckler markets as best as I can. However, my customers are predominately dairy farmers.”

“It has nearly become all on-farm sales as my customer base has grown. I have not brought a bull to a sale in five years. There has also been a great demand for the breeding stock.”

He sells his cull cows at Ennis Mart or Kilfenora Mart and received u to €1,950 for these last autumn.

“I think with the current fertiliser and feed cost-related problems, the focus needs to go on cattle that can do more off grass. It should be grass on marginal land and less feed. The Angus breed ticks all those boxes.” 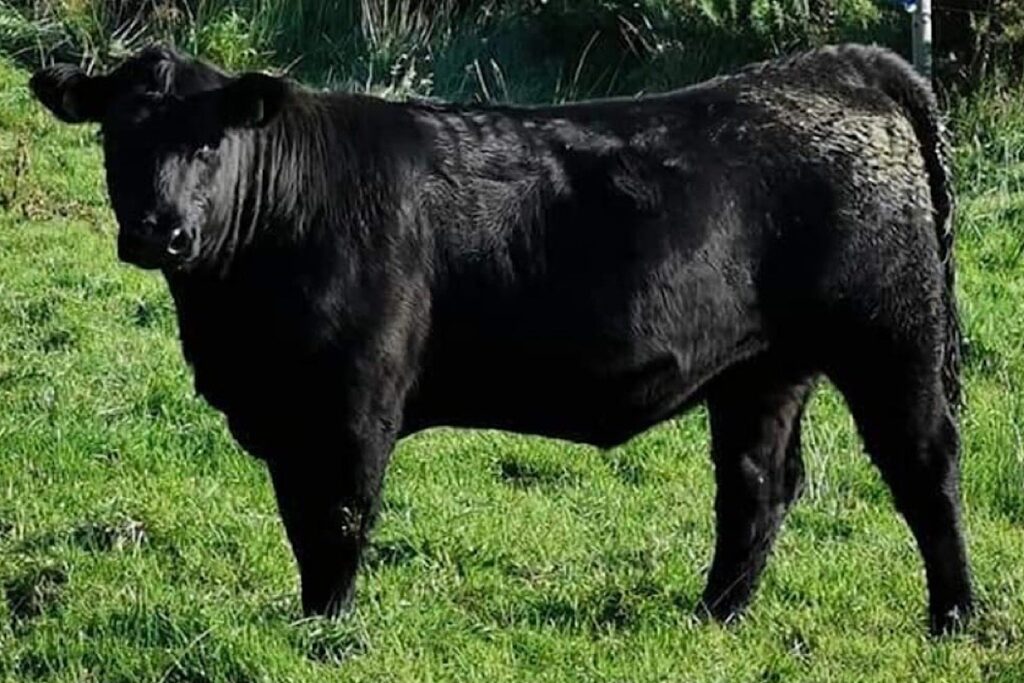 The Munster Aberdeen Angus Club member attends agricultural shows in Limerick, Charleville and Cappamore to showcase his herd and has won rosettes at these events.

“In 2019, we won best heifer calf in the Munster Aberdeen Angus Club’s herd’s competition, and in 2021 we won the best small herd.”

Enda believes starting with a good female is “very important” in pedigree breeding.

“I believe to be successful in pedigree breeding, you should stick by your own guns.”

“In my view, there are too many people watching what everyone else is doing. I think you have to have your focus on what you want and stick with that. “

“I believe you should learn what you can, but do not take any foolish advice because not all advice you will get as a pedigree breeder is good advice.”

He set up his own YouTube channel, Enda Kearney Cow-Scan, to educate people on scanning and freeze branding last Christmas, which coincided with his firm’s establishment.

His biggest inspirations are Youtubers such as IFarmWeFarm, FARMER PHIL, Tom Pemberton, and The Hoof GP.

“I had seen a few farmers doing YouTube videos, but I had not seen anyone doing it from a farm services point of view and being on the road.”

“I had not realised the amount of time involved in producing content for YouTube. Ideally, I am trying to get a video out every Sunday.”

Enda’s channel has over 100 subscribers, 11 videos and mainly has an Irish viewership.

“I was very surprised that there is a lot of farmers on their own who you would be least expecting to be watching, and they mentioned it to me about watching the channel.”

“There is no video that has had a huge bounce yet. However, the videos all have similar views and are getting reasonably consistent views.”

“The way I look at it is if I can get to 1,000 subscribers, I would be happy, and if it keeps growing from that, that is great also. So, I suppose that is the goal I have set.”

Enda records his videos using a GoPro camera and plans to purchase a drone. 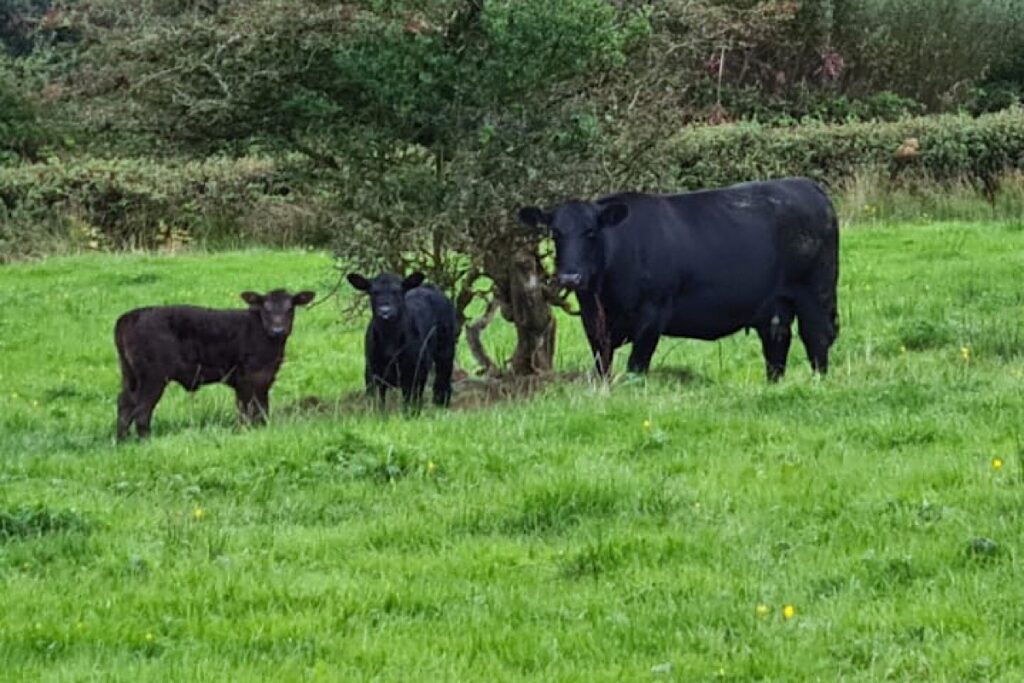 Enda does not intend to expand his herd due to land availability. However, he noted he would increase his herd if a land parcel became available.

“I believe an off-farm job is important if you are on smaller stock numbers.”

“In my opinion, suckler farming is in a very difficult place. It is a pity because, for many land types, it is the farm-type that suits it best.”

“It is a pity because it suits a lot of part-time farmers. So, it is a shame the way it is working.”

“In my view, it is going to be a year where everyone will have to play it by ear and hopes that the weather plays ball as well.”

“It is unsustainable at 1,000/t for C.A.N. You cannot be throwing money around the place like that; it is just too expensive. I believe you have to set your goals, do your soil sampling and see where you are going to go from there,” the suckler farmer concluded.

- Advertisement -
Previous article
Prices from €5 to €3,100 at Ennis
Next article
Farmers urged to spread fertiliser for first-cut silage