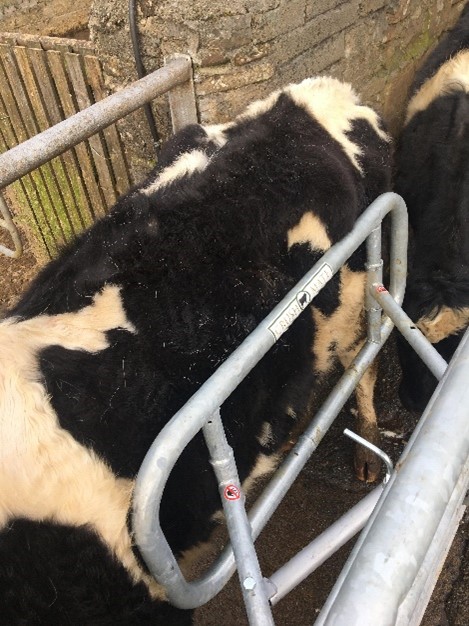 Organisers of the hotly-anticipated Agventions competition have released the names of finalists in this year’s competition.

The third annual Herdwatch Agventions competition, in association with the Tullamore Show, Co. Offaly will return on Sunday, August 14th, 2022.

The competition aims to connect and reward farmers who have created innovative solutions to problems on their farms.

The best Agvention will receive a €300 cash prize and will enter the national inventions competition, which has a prize fund of €3,900 with prizes for the runners-up as well.

You will be able to view the Agventions from the below finalists at Tullamore Show (transport permitting).

Fabien Peyaud from Herdwatch said that entries to this year’s Agventions competition have “exceeded expectations”.

Farmers submitted 20 inventions and modifications to farm equipment, big and small, for this year’s competition.

He commented: “The judges’ panel had a very tough time deciding the short-list. We look forward to announcing the winner at the Tullamore Show on August 14th, 2022.”

“We have used a Vink lime spreader mounted on a wheelbarrow frame, controlled by bicycle brakes for the last ten years and needed to find an easier way to fill the spreader.”

“A blue barrel was cut to the right height to take the lime from the hanging bag of lime and a sliding chute was added underneath. We can now spread lime in 120 cubicles in about 5 to 7 minutes now, saving a lot of time.” 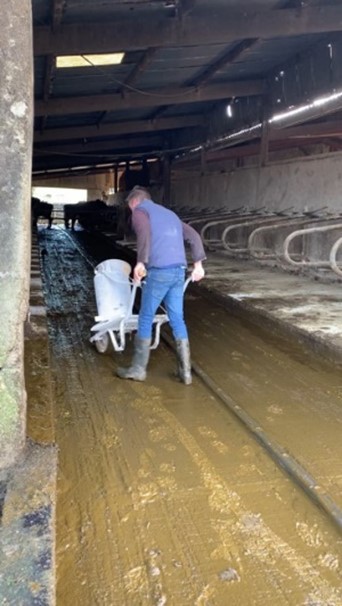 “My Agvention was first made in 2021. I have dubbed it the TYRESHIFT. It is used to help place tyres on the silo pit, and it has greatly reduced the labour required.”
“A hydraulically powered chain with specially made teeth grip up to 70 sidewall tyres.”

It fits onto standard pallet toes. Another feature is a tray for transporting a plastic cover up the pit, which is held securely with a rope and catch.

He says that covering the pit is now “done in half the time”. “I have started to sell a few to other farmers as well with very positive feedback.” 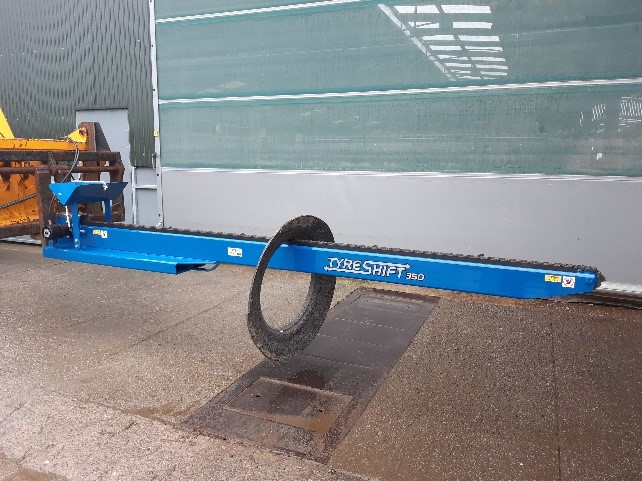 “We have had a conventional calving gate on our suckler farm for some time and identified some improvements that would make assisted calving safer for the farmer and the unborn calf by creating a new enlarged space next to the wall.”

“When a cow goes down facing the wall, there is limited room behind the cow to operate a calving jack safely.”

“Our solution was to space the headgate 0.5m from the hinge point.”

“This allows the animal to be positioned out from the wall. This increases the farmer’s safe workspace at the back of the cow, and achieves increased leverage.”

“We fitted a swinging gate to the inner side of the headgate to guide the cow into position before being fixed in place. These changes greatly improve the ability to deliver a calf safely.” 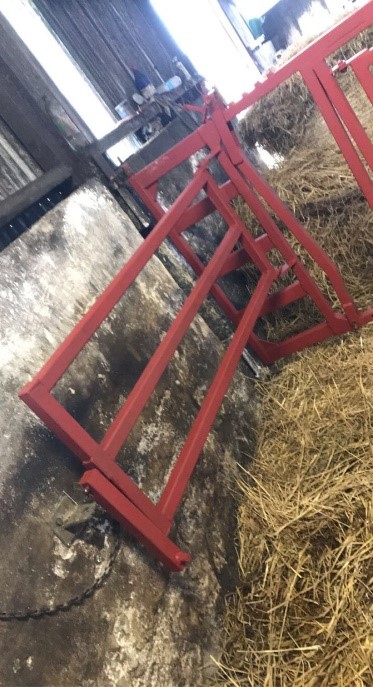 Crush Mate, as seen on That’s Farming, is an animal handling device, designed as an accessory for animal crushes, chutes, or races, to immobilise smaller animals.

When fixed on the inside of the unit, it is used to narrow the crush size and restrict the movement of the animal. It can fit to size with its adjustable linkages.

Dunne says that “you can do many more freeze branding, castrating and many more tasks more efficiently for the animal and user”.

“It is also very beneficial in the training of heifers in robotic milking systems,” he concluded.

O’Connell explained that this is a bracket to fit a post driver to a front loader and is a “much safer way” of driving posts.

“The person driving the loader is facing the person on the ground at all times. It makes it easier to communicate.” 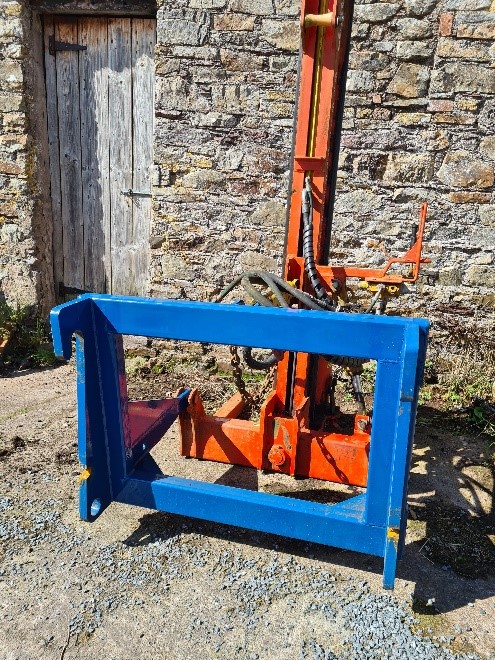