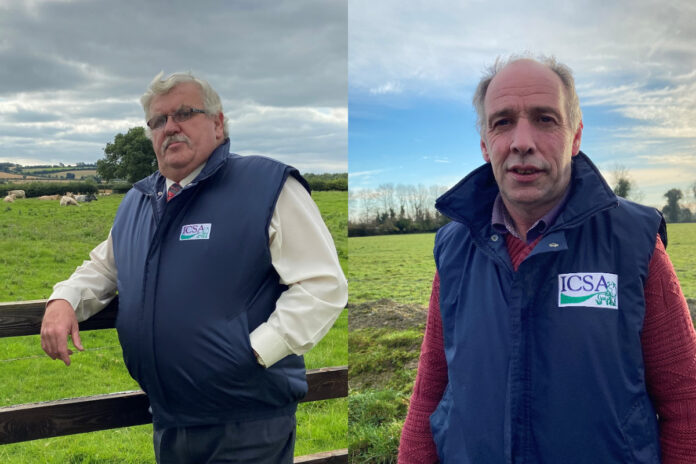 The contest to become its next national president has begun following the conclusion of the formal nomination process.

According to the farm organisation, the candidates are:

The election will take place in the Midlands Park Hotel in Portlaoise on the evening of Wednesday, December 14th. Proceedings on the night will begin at 7.00pm.

Each candidate will make a presentation to the association’s national executive which will be followed by a Q & A session with the candidates. The vote will follow, with a result expected at 9 pm.

The ICSA “represents the interests of drystock and sheep farmers throughout every county in Ireland, with the national office located in Portlaoise, Co. Laois”.

Both Mc Namara and Kelleher ran in the 2020 ICSA presidential election, as reported by That’s Farming at the time.

Due to Covid-19 restrictions at the time, the election took place by postal vote. Votes were counted at a special meeting of ICSA on Thursday, December 17th, 2020.

Kelleher succeeded Edmond Phelan, whose tenure came to an end in January 2021.

Over the last week, we published an article from McNamara on the new €12/ewe Sheep Improvement Scheme, which you can read, and a piece from Kelleher on the fertiliser cost crisis.