That's FarmingThat\'s Farming Irelands Largest Farming News, Properties and Classifieds Network
HomeBeef‘Hereford and Angus cattle are cheaper to finish, and you get a... 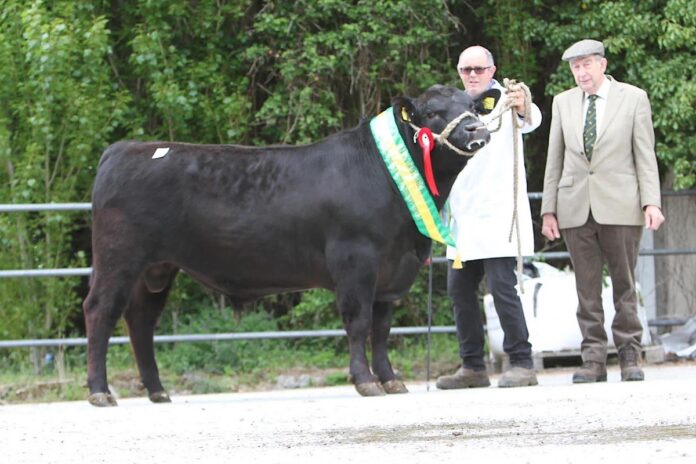 ‘Hereford and Angus cattle are cheaper to finish, and you get a higher bonus’

“Pedigree cattle breeding takes time and a strict culling policy. We look at the mother before we buy any cow.”

Those are the sentiments of John Canty from Kildalkey, County Meath, who comes from a family that has been involved in breeding pedigree cattle for over four decades.

In 1975, his uncle, Jack Canty, established their pedigree Hereford herd under the Portanob prefix by purchasing two cows from Killeshandra at a herd dispersal sale.

Furthermore, in 1987, he founded the pedigree Angus herd under the Pubblestown prefix by investing in a cow, Rathcore Wendy, from Phil and Brendan Reilly, Granard, County Longford.

Today, Jack, his nephew, John, and John’s son, Jack, farm 50 Angus and Hereford pedigree cows and 30 breeding females, which they purchase from the west of Ireland each autumn.

In addition, they farm tillage and 70 pedigree Texel ewes under the Cloverhill prefix and 250 Suffolk-cross commercial ewes, which they slaughter at Irish Country Meats, Navan.

John’s father, Joe, helped run the enterprise alongside them before he passed away.

“Farming was always a tradition down through the years. My father, Joe, was at home, and my uncle, Jack, lived across the road,” John Canty explained to That’s Farming.

“My uncle oversaw all the pedigree breeding, and I was over and back with him since I was a gosson.”

“In the autumn of 1994, I went to Warrenstown Agricultural College to complete my Green Cert.”

After finishing agricultural college, John went home to farm with his father and uncle.

The Cantys have mainly bred their herd up from replacements and from purchasing from notable Irish pedigree breeders, including Angus heifers from the late Frank McKiernan of the Drumcrow herd.

They are members of the Irish Aberdeen-Angus Association, Irish Hereford Breed Society, and the Irish Texel Sheep Society.

“We grew up with them breeds, and we are used to them. The breeds work best for us.”

Their ideal cow has “good” maternal abilities, a medium build, “good” feet and “good” legs with the ability to rear one calf annually.

They use one Angus bull, Liss Miraculous, on their Angus cows and two Hereford bulls, Balleen Benefit and Dunlever Guy, on their Hereford cows.

They introduce the bulls for two months with 25 cows each and remove the stock bulls from the main herd after two months.

“In my view, it is a problem when you have heifers coming, and you have to change your bull again when you are not AI’ing. It is hard to get a good enough stock bull.”

“My uncle, Jack, used AI, but now we use all stock bulls as we do not have time to be watching cows for AI morning and evening.”

They calf pedigree cows in the first week of August to early October and then from February 20th to early May, and the commercial cows calf from March 1st.

They calf cows during these dates to avoid health infections and to have pedigree bulls of suitable age to sell each spring.

“The pedigree heifers calf down at two-and-a-half-year-old as I calve them spring to autumn and autumn to spring.”

“So, I give them heifers an extra six months to grow. Then, I calf the commercial heifers at 26-months.”

They compact their calving period by giving cows mineral boluses and the best quality grass.

According to them, cows require little intervention during calving, and the herd’s calving interval is 370 days, which they achieve through a strict culling policy.

They send cows to slaughter that do not prove in-calf after two months, except for cows they feel are “good” and cull for feet, mastitis and poor progeny.

The Cantys retain up to 12 replacements annually across two breeds, with occasionally some pedigree heifers going for export.

They place a lot of their choices on a dam’s performance when choosing replacements.

They sell 25 pedigree bulls a year between society sales and on-farm and run male progeny “not good enough” commercially.

“We have a lot of dairy farmers who come in January or February, and they pick their bull. We agree on a price, and then when they want them in April, we leave the bull over to their farm.”

“There would be a long-standing customer base from my uncle, Jack’s time, and people dealing with us for years.”

On Thursday, May 5th, 2022, they fetched €3,600 for Pubblestown Eddie W265, who also secured champion and €3,200 for another entry at the Irish Aberdeen-Angus Association’s premier sale in the mart

They send their Angus-cross and Hereford-cross progeny to the factory and pocket their respective breed bonuses.

The Cantys slaughter their heifers at 18-months-old and bullocks at 26-months-old with an average kill-out of 53%, which are mainly Rs and Us and 3+ and 4- in fat class.

“You have to watch that they would not exceed a 4+ in fat class as you lose your quality assurance and breed bonuses.”

“The Irish Hereford Prime bonus is 20c/kg, and the Certified Irish Angus one is 25c/kg. That is why we kill our traditional cattle. In my view, Hereford and Angus cattle are cheaper to finish, and you get a higher bonus.”

They choose Hereford and Angus for early maturity, their early finishing period to enable them to slaughter cattle.

They kill spring-born heifers at 18-months to avoid incurring any costs of a second winter and sell their bought-in Charolais-cross cattle at the mart.

Furthermore, they manage their grassland in a mixed grazing system for cattle and sheep, which sees them run 15-acre blocks of ground.

“The big bonus for the Hereford and Angus breed is less meal and a grass-based diet which is going to mean a lot next year and the year after with the price of grain,” he concluded.

To share your story like this Hereford and Angus breeder, email Catherina Cunnane, editor of That’s Farming, – at [email protected]

- Advertisement -
Previous article
Three benefits of a circular economy for food
Next article
Bullocks to €2,300 and heifers to €2,280 in ‘powerful’ trade at Tuam