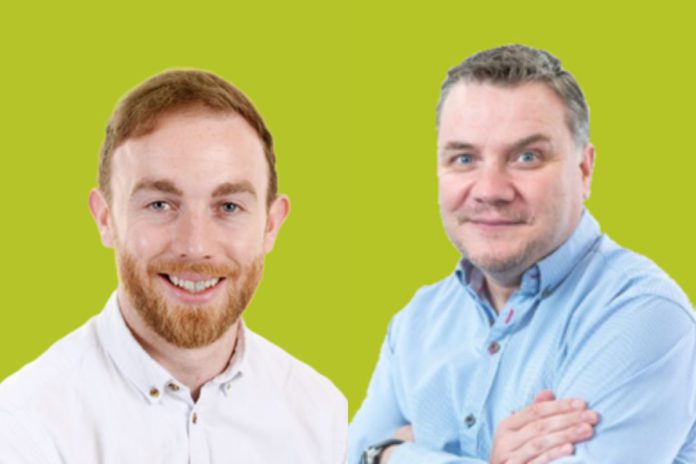 The company’s CEO Fabien Peyaud announced the appointments during an Agtech event today, organised by it@cork.

Pat Bolger has just joined the Herdwatch business in a hands-on CTO role. He will lead a team of over 20 product and technology experts building the next generation farm management software platform.

Pat is a software-as-a-service expert with Kerry roots and over 20 years’ experience, including head of software development for Origin Enterprises Plc.

James Greevy, who has been with the business since 2015, is taking on the role of head of innovation at Herdwatch.

He will oversee and influence the multi-year roadmap for the Irish software company headquartered in Roscrea, Co. Tipperary, where it was co-founded by FRS (Farm Relief Services).

Herdwatch CEO Fabien Peyaud, said: “I have never been so excited at the prospects for our business, our team and our thousands of farming members.”

“Pat has ‘been there, done that’ in the software and Agtech sector, and I have no doubt he will take Herdwatch to the next level with the support of an already incredible team.”

“James has been with us almost since the beginning and has been instrumental in the growth of Herdwatch so far. In his new role, I am very confident he will continue to shine the light of innovation for farmers by making our Herdwatch platform even better and even more successful internationally.”

The news comes after the company’s new partnership with DoneDeal to launch another new service to help farmers simplify their ability to sell animals online and help potential buyers make better decisions.

Herdwatch, which launched seven years ago, reaches 14,500 farmers across Ireland and the UK  on their software-as-a-service platform.

They have made their name by delivering a simple, easy-to-use and reliable app. This saves farmers an average of 3 hours a week on paperwork, according to a recent member survey by the company.

With a team of 40 people, the company stated that it is setting its sight on its next ambition centred around international growth.

To find out more about Herdwatch, visit here or download the Herdwatch farm management app today.

- Advertisement -
Previous articleMore customers ‘anxious’ for cattle at Roscommon Mart
Next articleWeather: Gusts of up to 110km/h with wintry showers to return