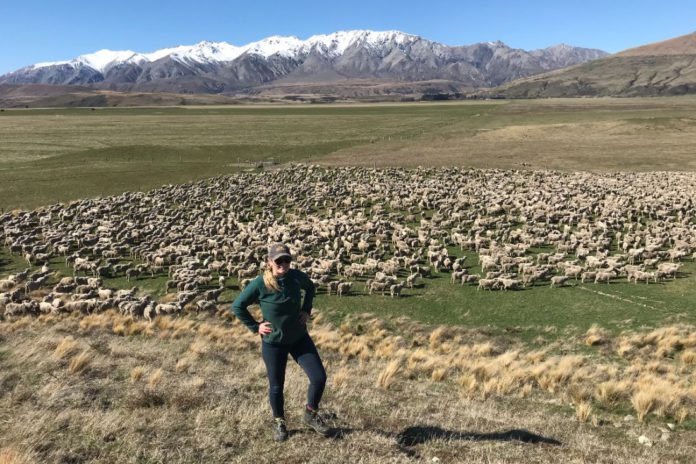 In this week’s Women in Ag segment, That’s Farming, speaks to Rebecca Adams about being a sixth-generation farmer and Harper Adams University graduate, working on an 800-cow farm in Australia and lambing 10,000 ewes in New Zealand.

In November 2020, Rebecca Adams returned home to the farm full-time after being away for five years.

The 23-year-old spent four years at university in the UK before venturing ‘Down Under’ for a year, where she worked on large-scale farm enterprises.

Now, she runs a mixed farm comprising organic broiler chickens for Moy Park, commercial sheep and arable in Killinchy, County Down alongside her father, David, and grandfather, James.

“Our original two chicken houses can be dated back to 1966. My granny Muriel had laying hens in them. Today, these sheds are still fit for purpose, and we rear organic broiler chickens in them,” she told That’s Farming.

“We also have two other more modern houses with the latest being built-in 2010. Chicks arrive at the farm at a day old and leave our farm at five weeks. They are moved to a different farm to be finished on another organic farm with access to the outdoors.”

“We average 6.5 batches per year and houses have to be thoroughly cleaned and disinfected between each batch. We do this ourselves,” the sixth-generation farmer added.

Besides, they farm 280 Scottish Blackface-cross-Blueface Leicester mules, the majority of which they cross with Texel rams, while a Charollais ram serves hoggets.

“For the first time this year, we used a Hampshire Down ram to breed with hoggets. So far, we are very impressed. The lambs proved to be very easily lambed and vigorous. It will be exciting to see how they finish in the upcoming months.”

“We aim to sell lambs at 22-23kg deadweight through our local market and rotationally graze the flock. In winter, we graze ewes on stubble turnips right up to bringing them into the shed for lambing.”

“Stubble turnips are also a great crop rotation for the arable enterprise. We buy replacements in, sourcing these from the same breeder where possible.” 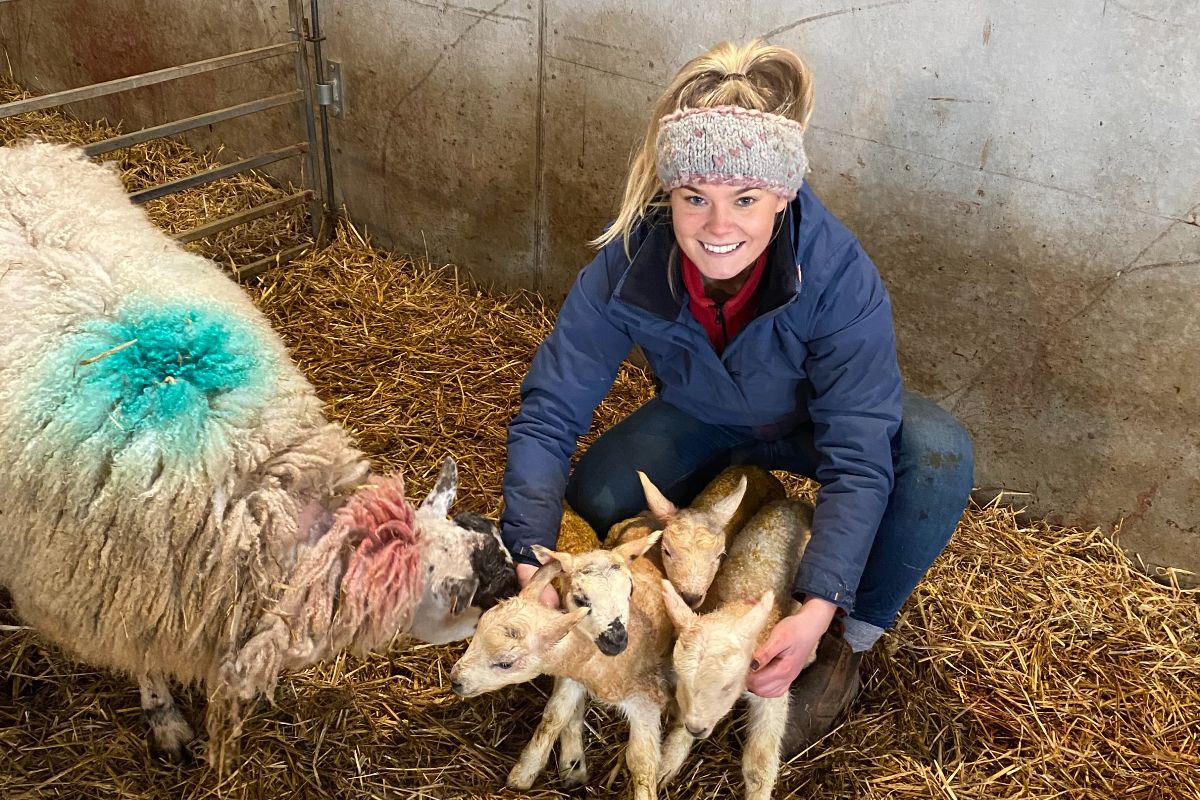 The young farmer admitted that working with livestock can be challenging, and “as much as you can try to prevent it, where you have livestock, you have deadstock”.

She acknowledged that this “can be a bitter pill to swallow, but you have to pick yourself up and focus on the good”.

“Some days can be very disappointing, knowing that you have put all your effort into keeping your stock happy and healthy, and yet some still will not make it.”

“Some days, a 9-5 job and a stable salary seems like a better idea. Saying that, I really cannot imagine not being able to farm every day.”

“As I have just recently come back to the farm, I am still trying to find my feet. However, I have taken over sheep enterprise’s running and fill in the rest of my day by sharing the workload with my father. We take equal responsibility for the poultry business,” added the full-time farmer, who is also a relief milker.

Rebecca graduated from Harper Adams University, Shropshire, in 2019 with a BSc in agriculture with animal science. Her sister, Kelly, also holds a degree from the college, and her experience was “influential” for Rebecca.

“As I wanted to focus on the livestock side of agriculture, the modules in the course stood out to me. The social life also swayed my decision.

Rebecca spent her placement year with McDonald’s as a progressive young farmer, following the pork supply chain from farm to front counter.

She worked on an outdoor sow unit, RSPCA-approved finishing farms, an abattoir, a bacon processing plant and a busy London McDonald’s restaurant.

“Throughout the placement, we also got to visit many companies, which supply McDonald’s and attend the Oxford Farming Conference.”

“The placement set me up for my future in agriculture. I expanded my knowledge on the food supply chain and gained so many contacts within the agriculture sector.” 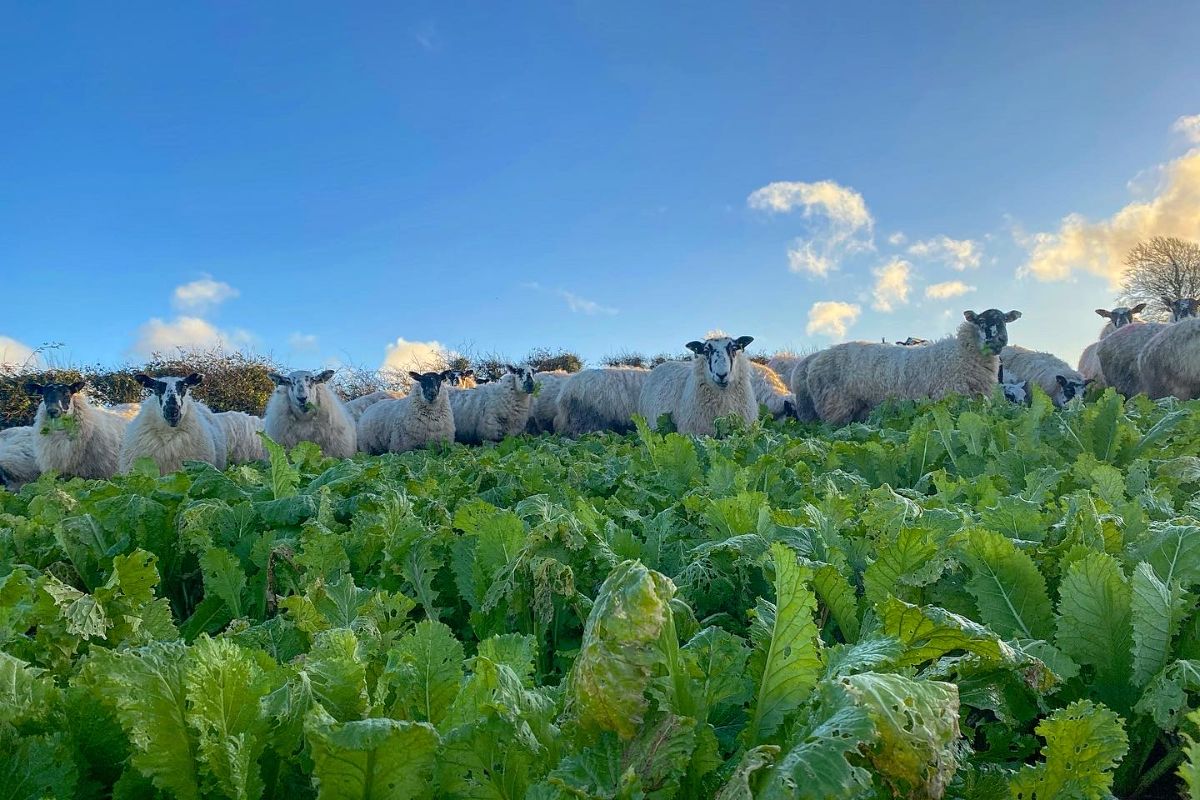 They milked cows, which were split between two different herds, on a 50-point rotary parlour twice a day. “I had plenty of experience relief milking cows in Northern Ireland, but the day-to-day running of a large-scale dairy farm was very new to me. I learnt a lot in a short space of time.”

On March 18th, 2020, Rebecca and her partner, Caron, left Australia to go to New Zealand. The news about Covid-19 and countries shutting borders began to escalate.

The couple had two options: either fly home or venture to New Zealand and stay there. “Our parents urged us to choose the latter. So, we packed our bags and flew to New Zealand, where we had to self-isolate for two weeks.”

“We got there just days before the country completely shut its border. This was the best decision I have ever made. We ended up spending six months in New Zealand.”

The first two months, whilst the country was in lockdown, they worked and lived on one of New Zealand’s most remote stations,

“It consists of 18,000ha of high-country, farming Merino sheep and Hereford beef cattle. We spent most of our time mustering livestock on horseback or in the helicopter. They used a farm vehicle for getting around the station as well as moving and checking on livestock.” 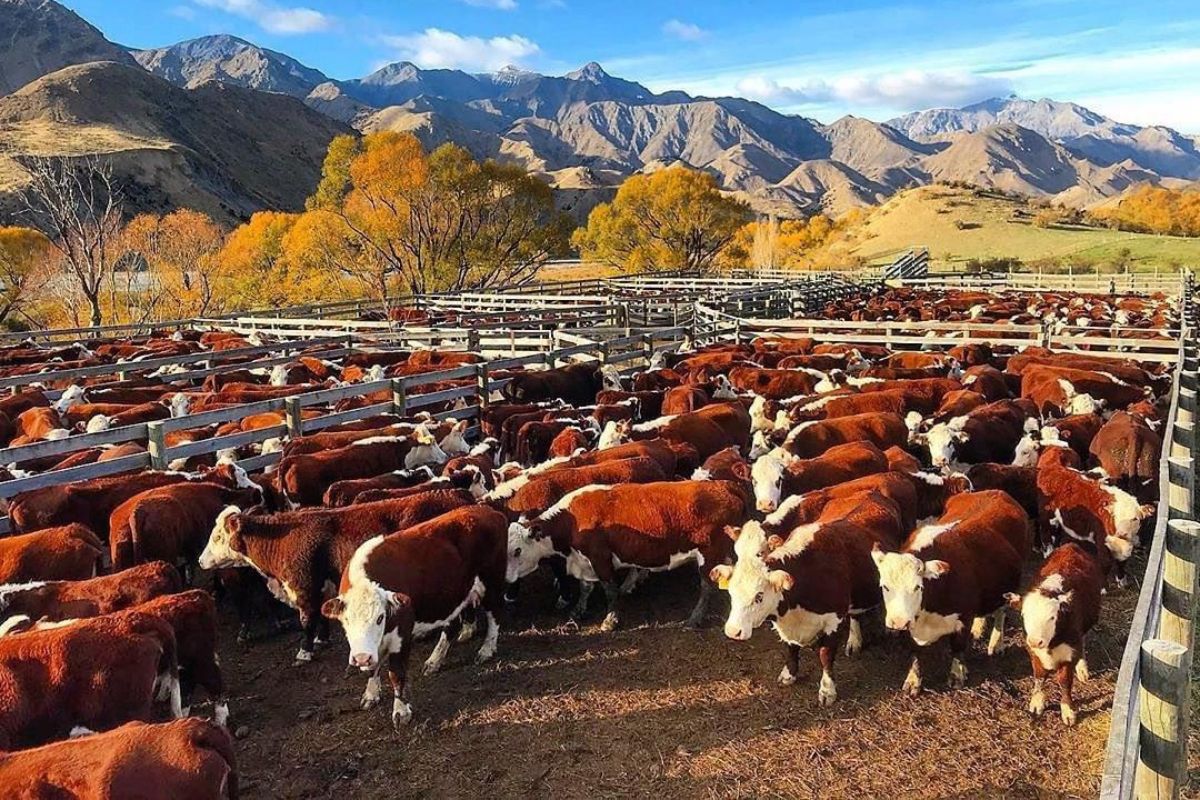 In September, she then became a lambing assistant on another station. In many cases, farmers put sheep out to pasture to lamb themselves with little to no intervention.

“This is because their main source of income is from their Merino wool. Unlike at home, we depend on lamb sales for an income. However, at this station, we lambed 10,000 merino ewes which Polled Dorset rams had served.”

“We lambed ewes outdoors and had two-wheeler bikes to carry out lambing each day. This experience was invaluable. It would have taken me years at home to gain the level of experience I got in eight weeks working there.”

“Depending on border restrictions, I would love to go back to New Zealand to gain more experience on large-scale sheep farms. Get out there, whether it is down the road or the other side of the world. It is so important to try new things and get life experiences.” 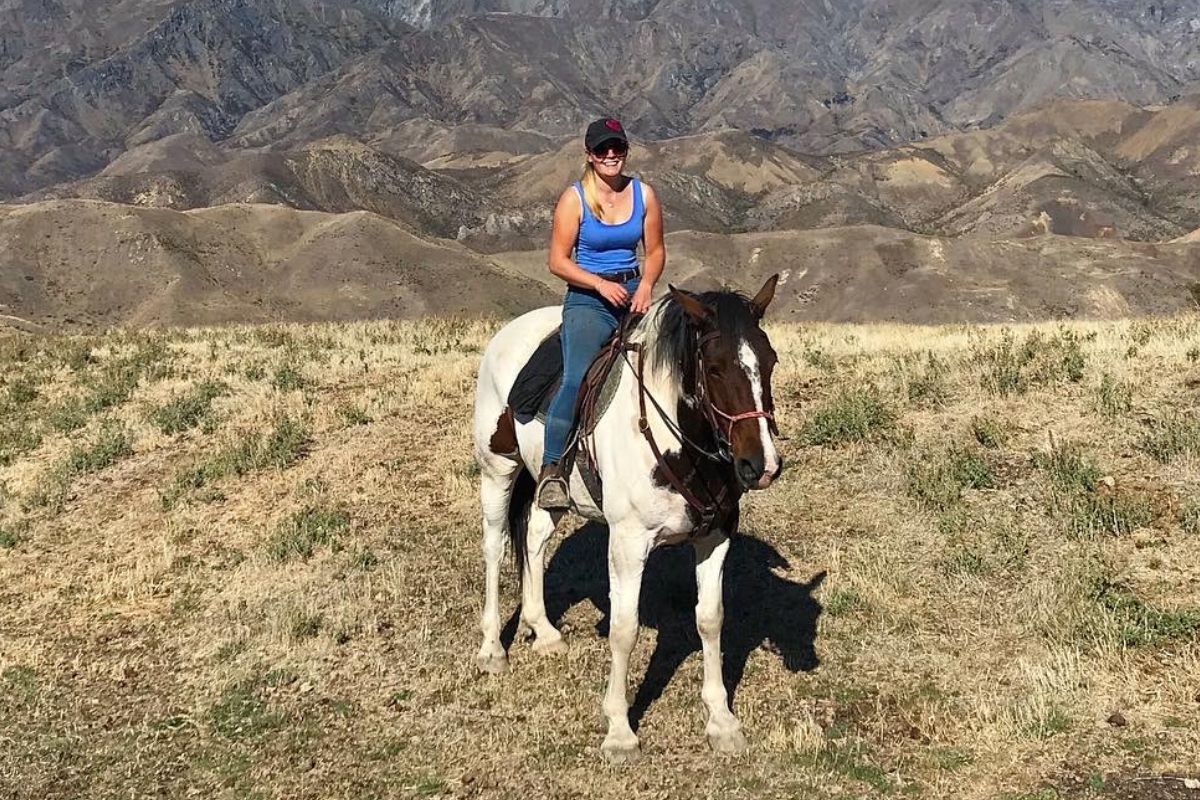 Now that Harper Adams University graduate is home since November 2020, she has a desire to “push the farm forward and invest in new things with the hope of making the farm more sustainable for future generations to come”.

“So far, I have not had a negative experience being a woman in agriculture. I have been lucky enough to have been employed by some fantastic people who have never treated me differently and who treat people fairly in every aspect of the working environment.”

“As long as you have a can-do attitude and show your capabilities, no one should have any reason to doubt you. As for my home farm, I have no brothers or cousins. I do often wonder how my life and my role on the farm would have been different in this situation.”

“For generations, women have been the backbone of the farming community. My grandfather often talks about the war. When the men had to go to fight, women were left to run the farms. I feel fortunate to be able to do what I love every day and be a custodian of the farm.”

“I believe that agriculture needs women. Different people have different skillsets, and for women and men to work together equally will make for a more successful industry.”

The future of agriculture in Ireland is going to be challenging. But as the younger generation, we need to step up to this challenge and be willing to adapt to changes which are going to come.”

“One thing I have learnt is to believe in yourself. Push yourself out of your comfort zone and do not turn down the opportunities that come your way because of fear,” the Harper Adams University graduate concluded.