Matthew Goulding is a name synonymous with superior Angus and homozygous polled Hereford cattle that are highly sought-after worldwide.

For several years, he combined his part-time farming commitments with a full-time position as a mechanical engineer, utilising off-farm income to increase cow numbers and his land base.

“We have been increasing cow numbers year-on-year to justify being a full-time farmer and to increase revenue. We now have 110 pedigree suckler cows and their followers.” Matthew of Goulding Angus and Gouldingpoll Herefords told That’s Farming. 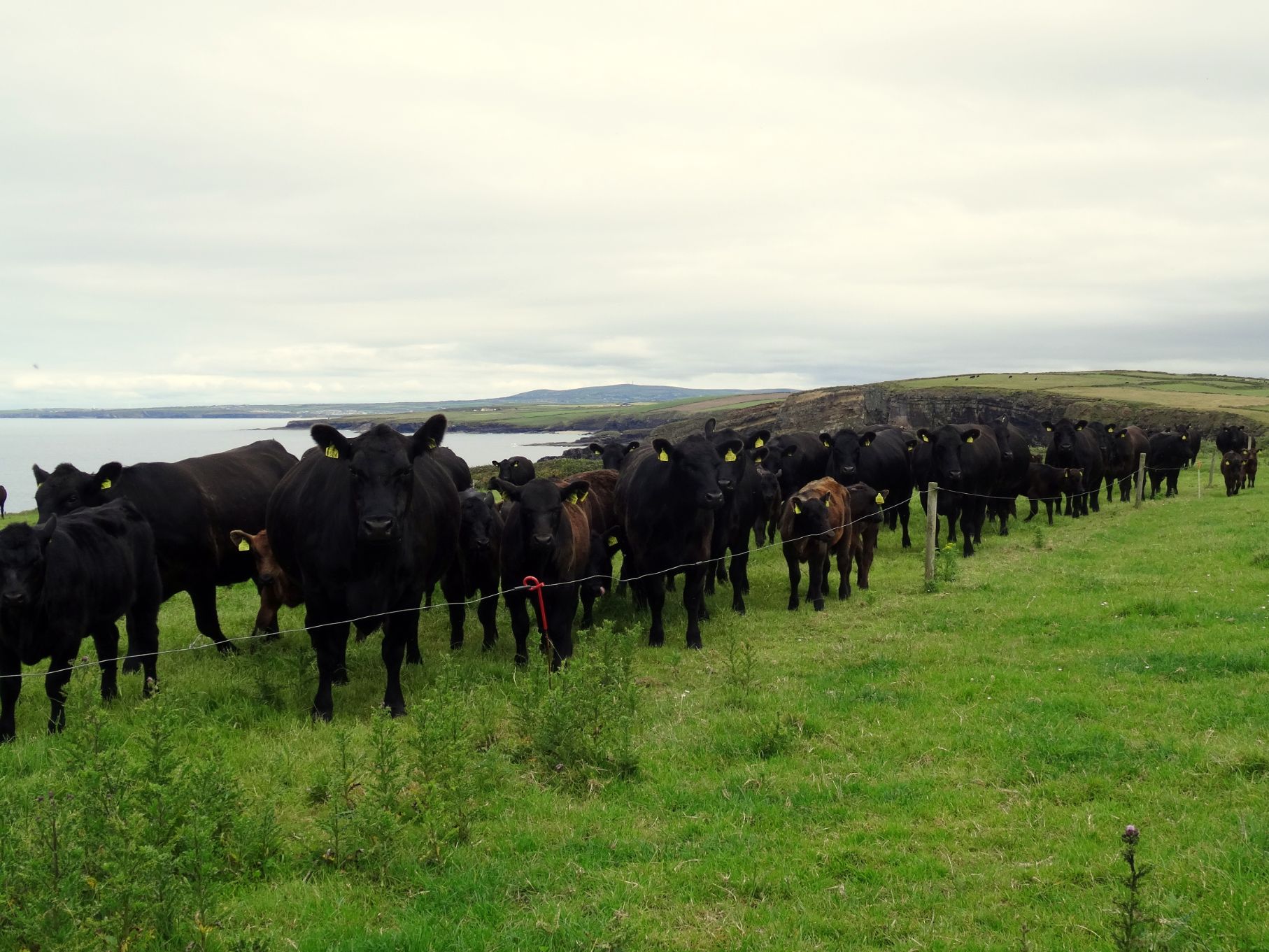 Matthew, runs the 160-acre enterprise in Ballyduff, Tralee, with the help of his wife, Rita, and, together, the couple has four sons: David, Jack, Darragh and Kevin.

Initially, he sourced some foundation females in Ireland, but as time progressed, he began looking further afield, mainly throughout the UK and the Nordic countries. Some of the stock he wished to purchase were not for sale, so he ventured down the road of purchasing embryos from the world’s top cow families.

“Embryo Transfer and recovery work is a big part of our business and is ongoing all-year-round. We sell approximately 100 embryos every year throughout Europe with approximately 20 ET calves born on the farm yearly.”

“Also, we sell a small number of recipients carrying sexed pregnancies also. We use only the best females for ET with embryo sales, representing 20% of the farm’s income annually.”

He utilises 100% AI on his polled Hereford herd, while 20% of Angus females AI’d and carefully selected stock bulls serve the remainder to enhance female lines.

20% of the herd calve in autumn, with a further 20% in early spring and the remainder calve in the late spring and early summer, mainly due to management and housing requirements. Favourable weather in late spring allows outdoor calving or cow, and calf pairs can be turned out to pasture immediately post-calving.

“The most important thing is to strive constantly and to never to lose focus on cow quality. Whether you are in dairying or suckling, this is critical. This is going to determine the profitability and labour requirements of the farm. One labour unit can easily cope with 100 suckler cows if the females are right.”

In Matthew’s view, fundamentally a cow must be docile; have a long, clean, feminine body with a smooth shoulder widening all the way back to the pelvis; standing on four good legs and feet with a well-attached udder and good teat placement.

“Get that right before you start looking at any other minor features. This leads to longevity, fertility and minimum intervention by the farmer and believe me, this doesn’t happen overnight.”

“You should avoid extremes when it comes to the size and weight of the cow; however, there needs to be feed efficiency and an appropriate weaning ratio regardless. Get the females right, and the bulls will follow.”

“The most expensive animal on the farm, in any breeding programme, is a first calver, or an in-calf heifer, who have yet to provide a saleable progeny to contribute to the expense in getting them this far. Hence, the importance of longevity.”

Goulding retains up to fifteen heifers as replacements annually, but his replacement rate was higher during the height of the herd’s expansion phase.

22-26 months is the age of first calving, which is “relatively easy” with the Angus and Hereford breeds. He stated that calving at this early age is a “real bonus” in terms of profitability, with a view to calving these females again at 36 months.

Goulding firmly believes there is little justification in keeping an under-performer when it can be replaced with younger blood. He gives all cows a fair chance to perform to the best of their genetic ability.

“We cull females that disappoint, providing it is their own fault, and not mine, or are surplus to requirement. Like everything else, genetics evolve. I am not a believer in using older genetics going back 20 odd years. If we are serious about what we are doing and doing it right, we need to keep moving forward using modern feed-efficient genetics.”

“We are aware that breeding stock we sell annually are going to be the next crop of calves out there in the industry. My highlight is seeing the next generation of calves being born and wondering which of them will be the next game-changer.” Matthew added.

AI bulls and steps to success

The herd has bulls in AI in both Ireland and the UK with Angus sires including Goulding Bond, Jumbo King, Prince, Man Oh Man, Perryman F205, Paddy, Razzle Dazzle and Real Leather.

As outlined, the world-renowned breeder believes quality productive females combined with a good time and grassland management plan (a one-day paddock system is operated on this farm) are the key elements of running a successful suckler enterprise.

“I feel we are, eventually, where we set out to be many years ago. We will continue to improve the quality and efficiency of our stock and endeavour to focus on environmentally friendly practices while doing so.”

“Good cattle will always sell and will always make enough. More importantly, it’s not how much you get for your animal on market day; it’s what it costs to produce it,” Matthew Goulding concluded.