That's FarmingThat\'s Farming Irelands Largest Farming News, Properties and Classifieds Network
HomeBeef‘I decided there should be an easier way to cross an electric... 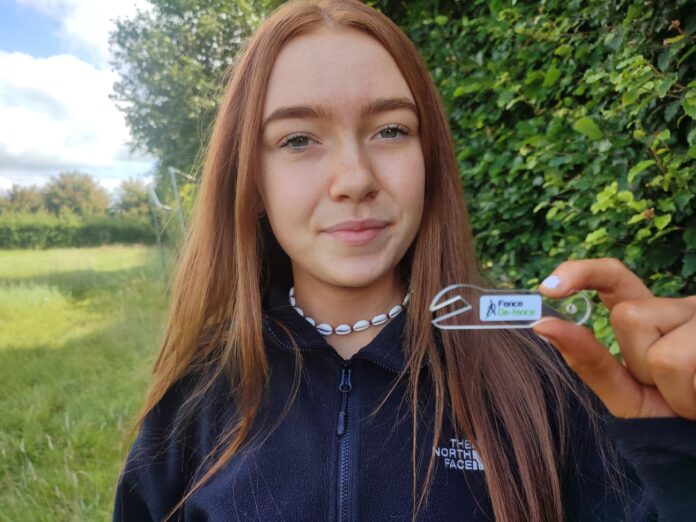 She worked alongside her father, Derek, a civil engineer with a strong interest in suckler farming, breeding Irish draught horses and forestry, to develop various prototypes.

The result was a key-ring device – which is no bigger than a standard bottle opener -that allows a user to push down on or hook up an electric fence without fear of getting shocked.

Fence De-Fence can be attached to a key ring, and there is room on each side for logos, making it ideal for merchandise to promote a whole plethora of businesses, she says.

It is designed, laser cut and manufactured in Ireland and can be produced either in plastic or wood, Alanna explained.

She says the benefits include saving time and improving personal safety.

The enterprising teenager believes Fence De-Fence will be a huge hit with the farming community as well as those involved with horses, gun clubs, hillwalking and farm contractors.

“I was out farming with my dad, and he was crossing a fence and tried to jump it. He fell over and was lucky he did not hurt himself. I decided there and then that there should be an easier way to cross an electric fence, and  I came up with the idea.”

“I developed several prototypes by starting out with one from a Mecano set and then moulded one using Sugru.”

“We progressed onto a 3D printed model before settling on a laser-cut, acrylic product. Moreover, we can also personalise them and make them out of wood. We get everything manufactured  locally – we are anxious to keep it all local.” 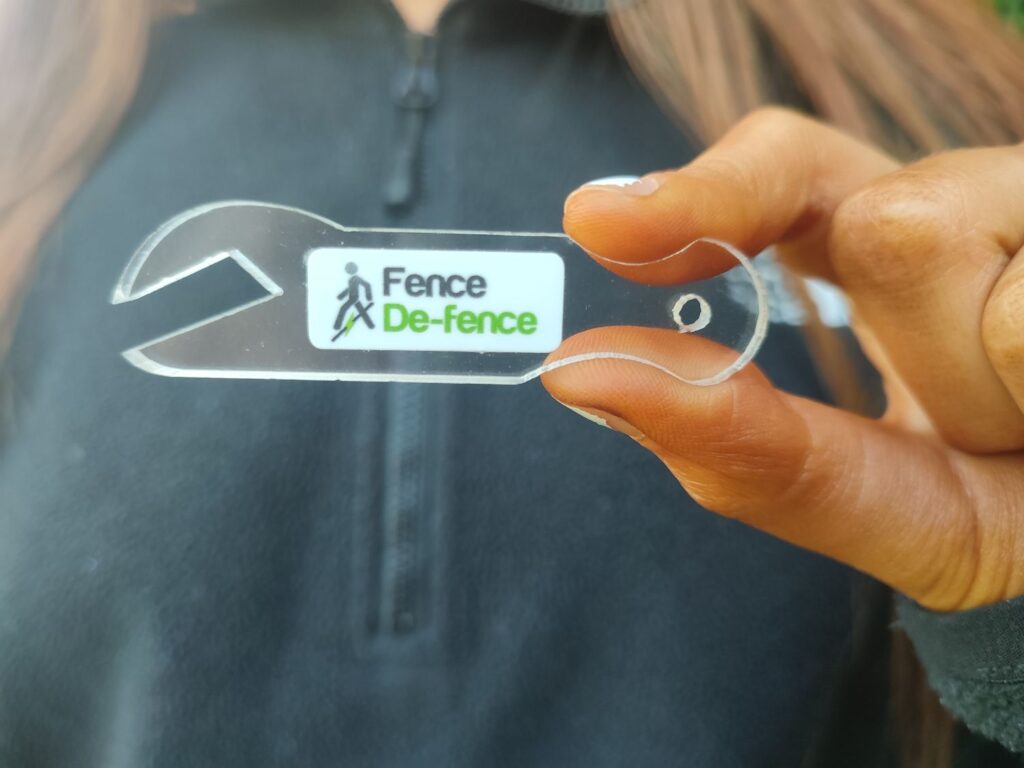 The product has already won the approval of judges at the Enterprise Ireland virtual Innovation Arena in 2020.

The then 14-year-old was crowned the youngest ever winner of their Young Innovator of the Year Award. She was also an overall award winner at the recent Tullamore Show.

Winning the Young Innovator Award was phenomenal, and as part of the prize, Alanna gets exhibition space in the Innovation Arena at this year’s National Ploughing Championships.

“I will be selling Fence De-Fence at our stand. Going forward, I am open to partnering with electric fence and merchandising companies and hopefully, down the line, I will also look at the export market for Fence De-Fence. I am confident that it has global appeal.”

Her father, Derek, is a Nuffield Ireland scholar and commended his daughter’s entrepreneurial spirit and determination.

“Alanna already has her thinking cap on, and she is working on add-ons while also just back to school in St Oliver’s Secondary School in Oldcastle in Meath and into fifth-year.”

Alanna did not lick her entrepreneurial spirit from a stone. The family farm is a mixed enterprise holding which includes Irish Draught horse breeding, a mixed suckler herd of Pedigree Angus and continental stock, as well as forestry and a firewood processing business.

She says several people have helped her along the way, including her father, Derek; John Concannon in JFC Plastics and her business teacher, Ciara McConnell, who has helped several students reach for the stars in enterprise awards.

She developed Sheepwatch, a collar which detects a spike in the heart rate of sheep when danger looms and sends a text to a farmer to alert him to a potential attack from dogs etc.

The accounting and finance Student in DCU also has her own branded clothing range marketed at the sea swimming sector, Wavey Daze.

She has combined her passion for the ocean and fashion into a unique brand which also raises money and awareness about ocean pollution.

And her brother, Callum, who has just completed his Leaving Certificate, is very involved with the family farm and hopes to further his education at DCU this month.

- Advertisement -
Previous article
‘I am blessed to be alive’ – sheep farmer who survived near-fatal accident
Next article
Carnew: Beef ‘very much in demand’ with bullocks & culls to €2,200