That's FarmingThat\'s Farming Irelands Largest Farming News, Properties and Classifieds Network
HomeBeef‘We were in the middle of calving embryos when daddy took the... 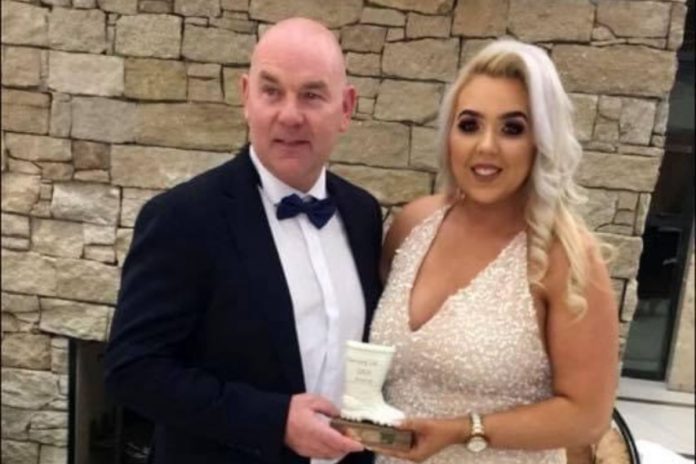 In this week’s Women in Ag segment, That’s Farming profiles, Eimear McGovern. She discusses her suckler farming roots, saving her father after he suffered a heart attack and how a placement with Fane Valley Stores led to a managerial position.

Eimear Govern (25) says she never had to experience a challenge as such until her father suffered a heart attack back in 2017.

That is when she “properly experienced farming challenges” and had to step up to the mark to fill her father’s wellies, along with her sisters, earlier than they had ever expected.

The suckler and sheep farmer, who is a CAFRE graduate, was the only person on-farm when Sean fell ill.

“We were in the middle of calving embryos when daddy took the heart attack. I have been alongside daddy since I was able to walk, watching him calving cows. When you are left to your own device, it is a little different,” she told That’s Farming.

“We had to carry out jobs that we had never had to do by ourselves. We were always so lucky that daddy was always there for us to ask him, ‘are we doing that right’ or ‘does that look ok’?”

“Looking back now, it was a great learning curve. However, I am glad daddy is back on-farm again, and I can share my thoughts and experience with him. However, we sometimes do not always arrive at the same decision,” the Unsung Hero Award winner laughed. 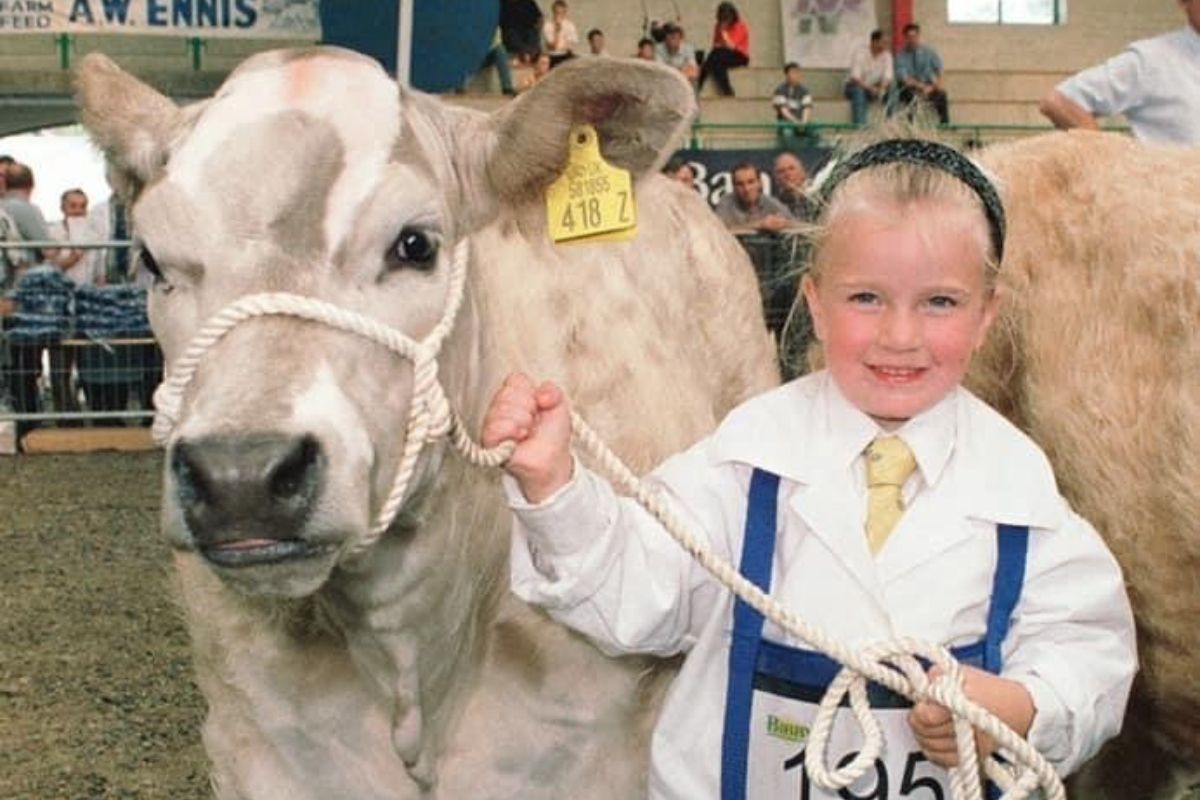 Growing up on her family-run 100-acre beef farm in Clogher, County, Tyrone that was inherited and expanded sowed the seed for the young farmer.

She farms a 100-strong herd alongside her father, Sean, and three sisters, Clodagh, Caoimhe and Orlagh, just 4 miles outside Clogher.

The McGoverns farm a small number of pedigree Charolais, which they register under the Ratoary prefix, and use ET to “produce as many calves as possible through the year”.

Besides, they run 50 commercial breeding females, primarily Limousin-cross-Simmentals and Charolais-cross-Simmentals. They usually AI all cows to Charolais sires and use sexed Limousin straws on replacements.

“Livestock farming is our sole system. We use Hereford-cross-Simmental recipients as we find they have plenty of milk and a good temperament. This system might not work for everyone, but it works for our farming system.”

“Furthermore, we put cows on a synchronising programme in batches, so we have even batches of calves to sell,” added Eimear, who has a small-scale flock.

“I enjoy trying to breed that ‘perfect’ calf. Sometimes what was good enough last year might not be good enough this year. Therefore, I enjoy the challenge to keep improving with the help of modern genetics.” 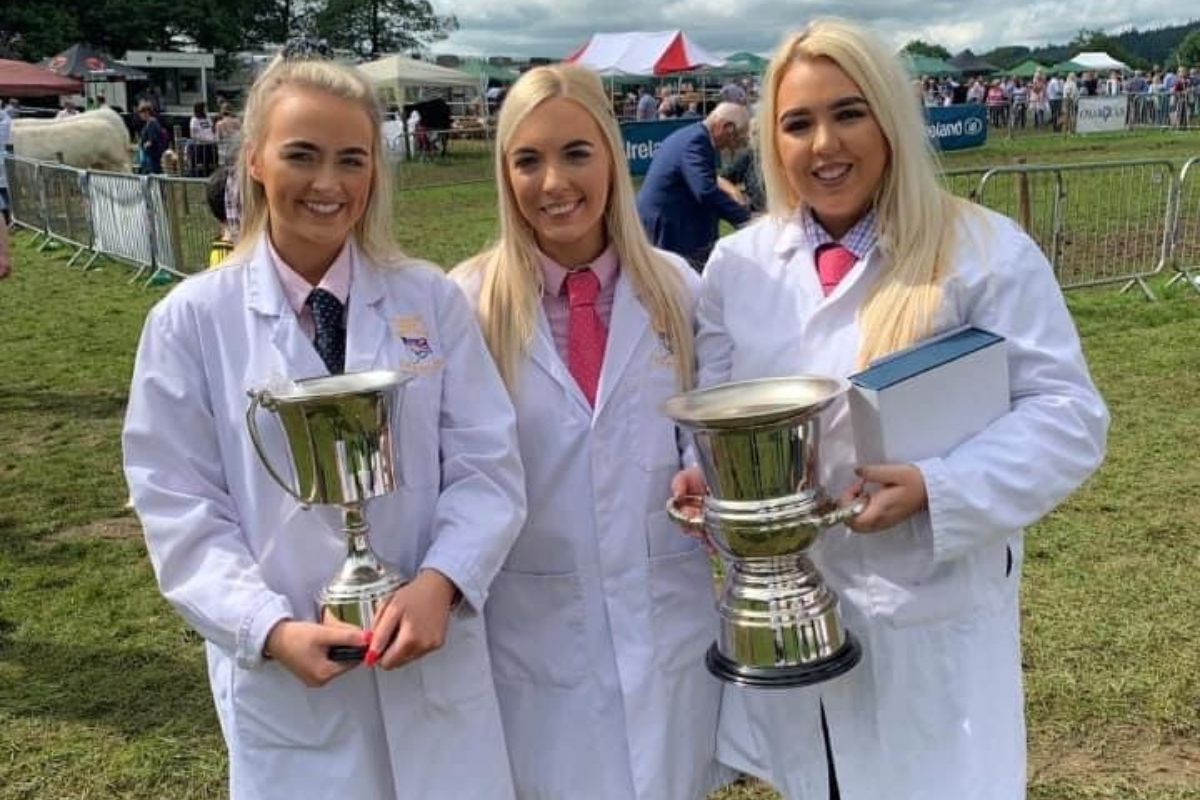 Her earliest farming memory was of her father gifting her first-ever Charolais-cross-Blue heifer calf when she was four.

“Daddy broke in the heifer for me. I took her to my first agricultural show at the Ecclesville Centre, Fintona. It was the national Charolais show, which had classes for both pedigree and commercial Charolais.”

“I remember naming the heifer Poser; however, daddy always maintained that I was the poser,” she laughed.

“Apart from the showing aspect, I remember farming every evening with my father when I got in from school and attending local marts with him,” she added.

The 25-year-old has maintained her interest in agricultural shows and is a member of the Charolais club, and partake in its young stock judging events.

She exhibits the family’s pedigree Charolais cattle at all agricultural shows across the north of Ireland with her sisters.

In the past, they have exhibited at the Royal Highland Show, winning the supreme Charolais championship.

“I am most passionate about breeding stock and improving bloodlines. I like to try and improve on modern genetics.”

“However, dad may be of the opinion that previous genetics has served him well, and we have to try and find the right balance – but that remains a challenge,” she added. 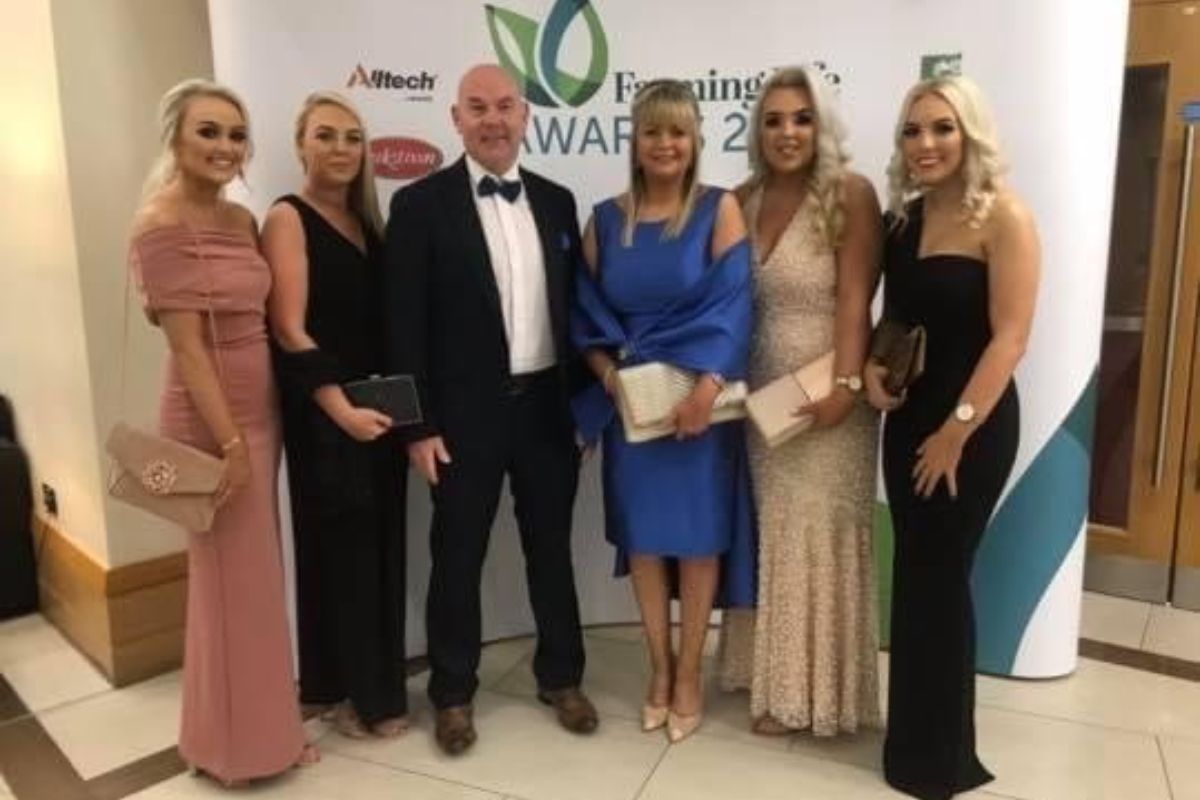 Eimear graduated from CAFRE – Greenmount College Antrim in 2017 with an Fdsc in agriculture and rural studies.

“I completed a placement with Fane Valley Stores Armagh. I was asked would I like to work any days I had no class, and I agreed.”

“Once I graduated, I then received a full-time post as a sales advisor in Armagh in June 2017.”

She became the store manager of Fane Valley Stores Omagh in April 2018 and has completed her AMTRA – a Registered Animal Medicines Advisor (RAMA) training.

“I have never considered a non-agri career. From a young age, I knew that I wanted to be involved in agriculture as nothing else seemed as appealing to me.”

The group operates from 34 locations based across Northern Ireland, the Republic of Ireland, England and Belgium.

‘I was the first female store manager within Fane Valley’

She said that in her working life, no two days are the same. Her day is filled with purchasing, stock control, sales, tag printing, meetings, advising and assisting staff.

“I would not describe my job as difficult, but like any job, it has its challenges, but. That is what makes it interesting and different.”

She stated that she is treated the same as her male counterparts. She has been with the company for over six years now and has gained trust with customers.

“However, I was the first female store manager within Fane Valley. At the start, I suppose farmers were used to dealing with previous male managers.”

“It did take some time to grow relationships and trust with them. Thankfully, that has since changed, and they value my opinion and advice.”

“Females in agriculture do get the recognition they deserve; however, from personal experience, this has been a long, hard road.”

“From a young age, showing cattle as a young female, it would have been regarded as very uncommon and rare; however, now it is a more level playing field.” 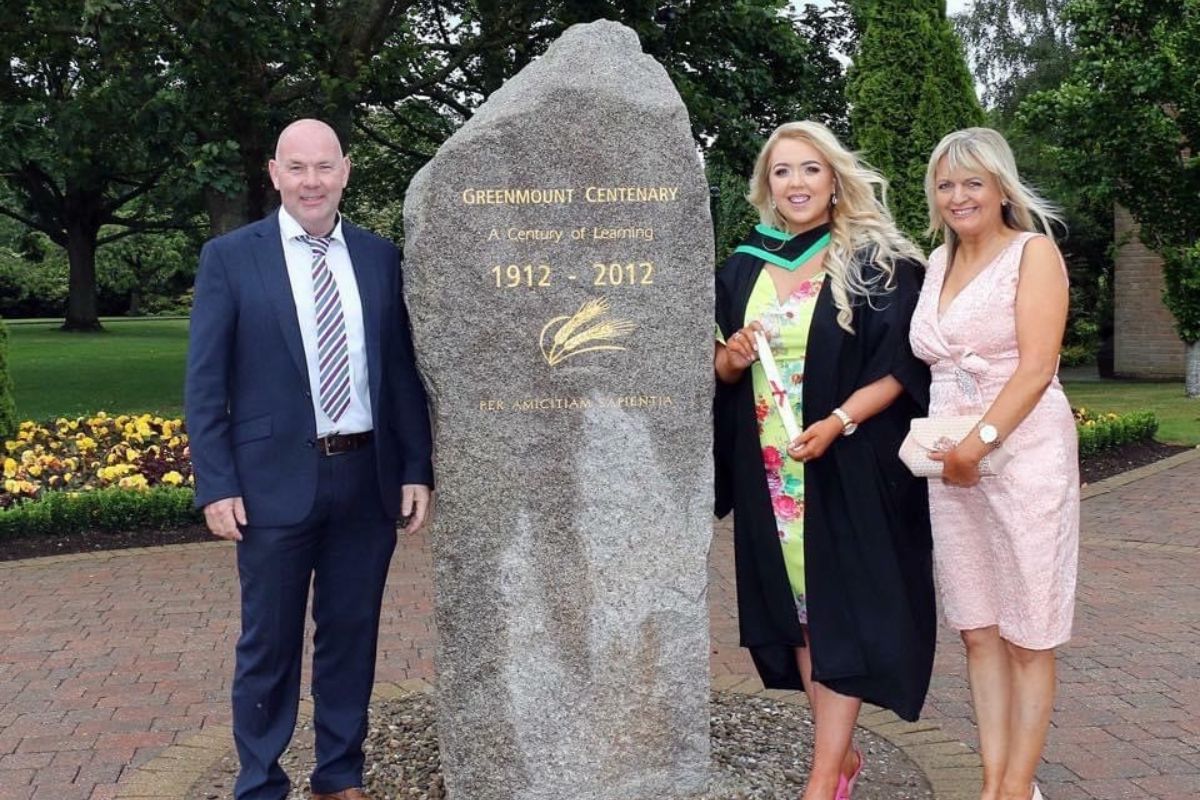 Encouraging the next generation

Eimear believes that schools should provide “more adequate” information regarding agriculture and the different career options and paths.

“Agriculture has become one of, if not, the leading industries. I feel that more awareness from the retail sector should focus on portraying women as the forefront of their marketing campaign.”

“I believe this would encourage women to visualise how females should be a bigger part of the agricultural sector.”

Her advice to the younger generation would be to carry out sufficient research into the sector. She said there are “vast” opportunities within the agricultural industry for interested parties.

She recommends getting involved in groups and events to enhance opportunities and contacts.

“My own experience led me to lots of different opportunities, i.e. stock judging, young handler competitions and agricultural shows. They are only my experiences, but there are so many other avenues to explore.”

“I am hungry for growth and to climb ladders to bigger opportunities. My ultimate goal is to get to the pinnacle in my career, to strive for the best and to live a happy and healthy life,” she added. 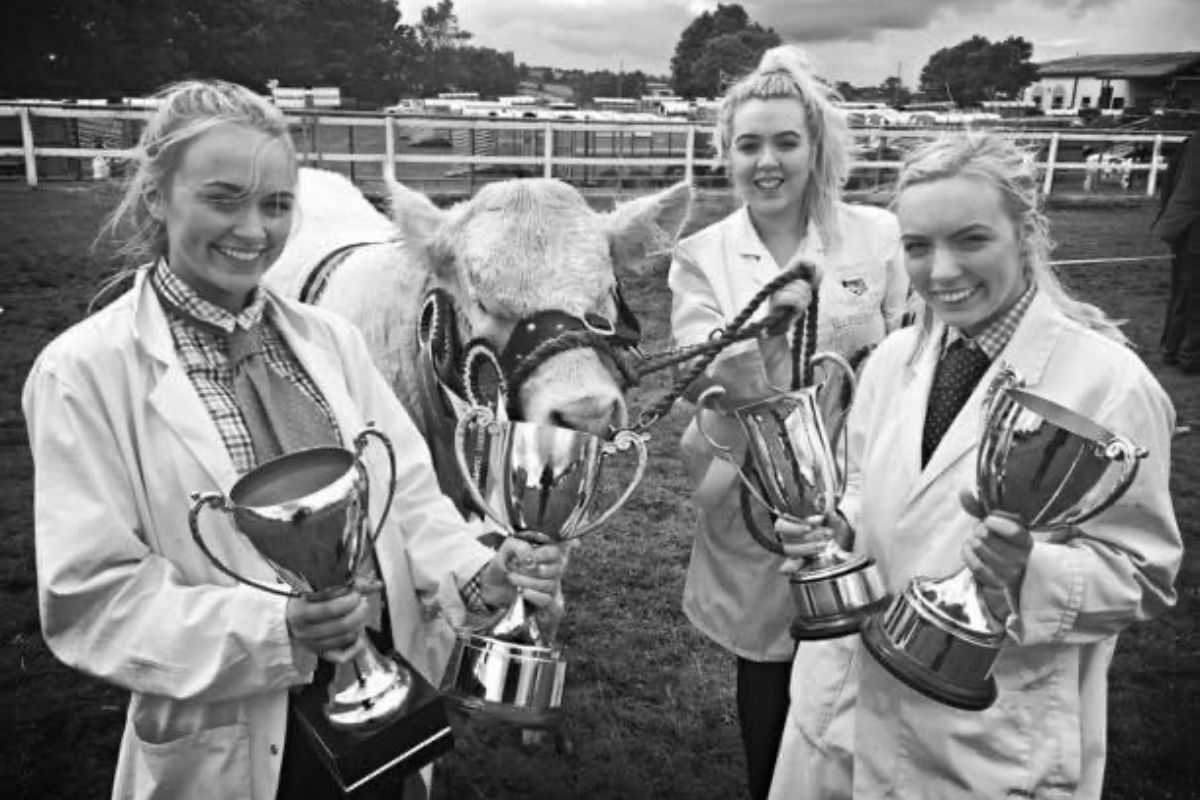 More to farming than a boilersuit and wellies

“When I was a young child, I thought that farming was all about getting my boilersuit and wellies on to go out and muck out pens and feed cattle.”

“However, it has led me to being involved in different aspects of the agriculture world, which was getting recognised at agri shows, handling cattle, breeding cattle and meeting people from other walks of life and other countries which, in turn, has given me a bigger appetite for the industry and lots of ideas. At the end of the day, we really are a big family!

“The outlook for agriculture is a bit unknown. However, that is part of the challenge – the future I hope is bright as I have enjoyed what I have done in the past.”

“I hope the future is of long-term enjoyment with new ideas and the younger female generation becoming more involved,” Eimear concluded.

All imagery supplied by Eimear McGovern

- Advertisement -
Previous article
‘My sheep dogs are my passion; I live and breathe them’
Next article
Lambs up €2-€5/hd at Ennis Mart