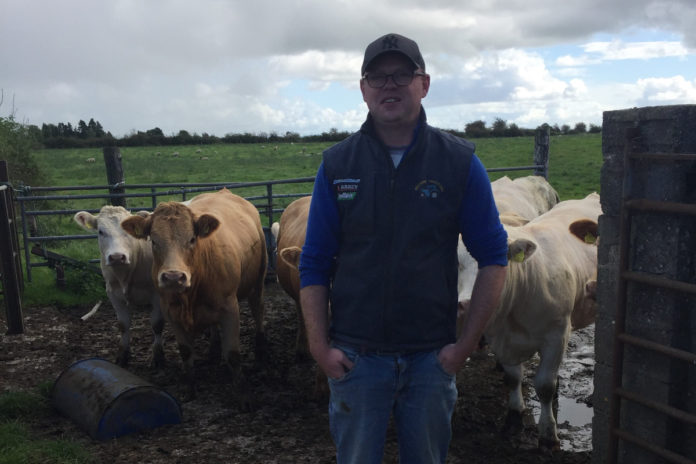 In this week’s beef segment, That’s Farming, speaks to Thomas J Gunning. The drystock farmer discusses his 100-strong weanling-to-beef system, why he purchases Charolais-crosses and the importance of grass and genetics.

Thomas J and his father, Tom, purchase an array of Charolais-cross heifers at Roscommon Mart and Elphin Mart each spring and autumn, annually.

The quality-assured farm in Cloonmullenan, Donamon, Co Roscommon comprises 100 heifers at any given time, a herd size that the father and son team has maintained in recent years.

“We buy Charolais heifers only, from 280 kgs to 340 kgs as weanlings. Besides, we buy light store heifers throughout each year, averaging 450 kgs. We buy mostly out of marts as this is the fairest way to purchase stock.”

“Overall, we try to get the most we can out of the grass as it is the cheapest way of increasing weight gain in cattle and occasionally reseed if needed.”

“Our aim is to target the earliest turn out day possible, which in our case, is the end of March – weather depending. Furthermore, we rotate weekly by running 50 store heifers together on 16-acre fields. Besides, we have a heavy, deep soil and good quality land.”

“We feed heifers with meal for 100 days before slaughter. With costs going up, grass is the cheapest feed of all. We feed 2 kgs of meal on grass and 4 kgs in the shed.”

The Gunnings finish most heifer off pastures during the summer with their target weights being 680 kgs live and 380 kgs deadweight, with heifers grading Us, being 2+s and 3=s in fat class.

“We kill monthly in Dawn Meats, Ballyhaunis, Co Mayo. Our aim is to kill all heifers under 30 months to get all in-spec price bonuses that we can.”

“We have an 8-bay slatted shed and a 3-bay bedded shed; however, as mentioned, we believe that good grassland management is the key to push cattle on.”

“Each year, we spread fertiliser by March 20th, weather depending, and we top land around July 1st each year. We try to maintain outputs and increase weight gain. In our view, soil fertility is most important when you are pushing on cattle. We do not measure grass, but instead, walk through it and make a judgement on that basis.” 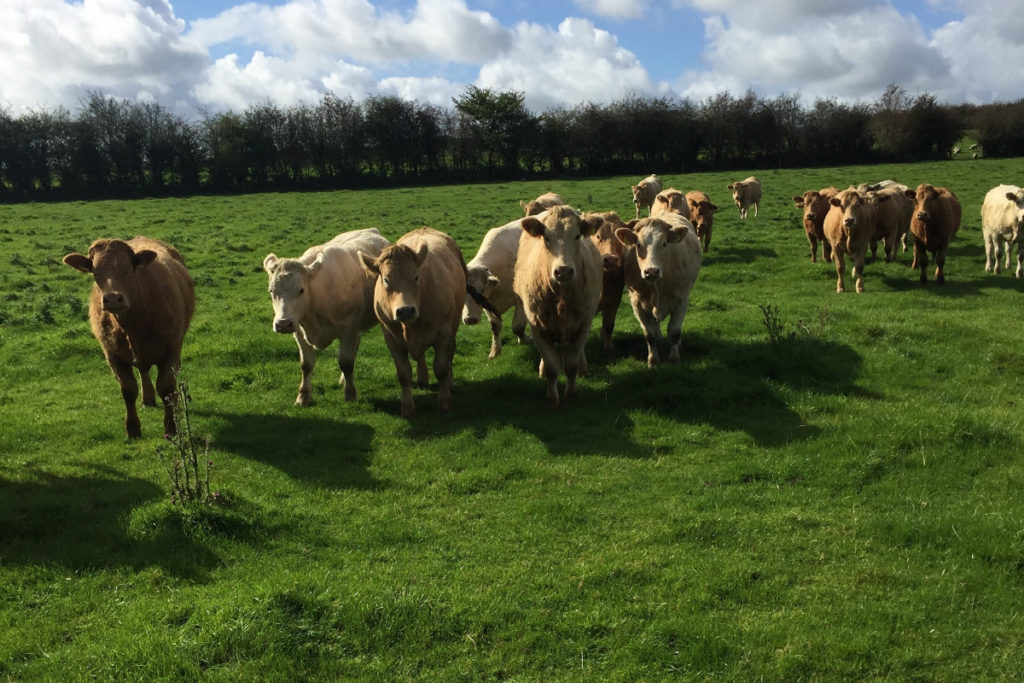 For the Gunnings, their animals’ genetic composition is just as important as grassland management practices.

Thomas G cited a Charolais’ conformation, ease of fleshing, ability to convert feed into LWG and efficiency in terms of carcass weights as some of the reasons why they select the breed.

Data from the ICBF shows that the Charolais breed continues to make positive genetic gains in recent times.

“We always farmed Charolais cattle as they go into bigger weights. We buy all types – orange, white and brown. Brown Charolais have an Angus-cross in them, in many cases, so they finish out the quickest.”

“Orange Charolais finish easily under 30 months, while we find the white ones take longer as they grow into bigger animals, with bigger frames.” 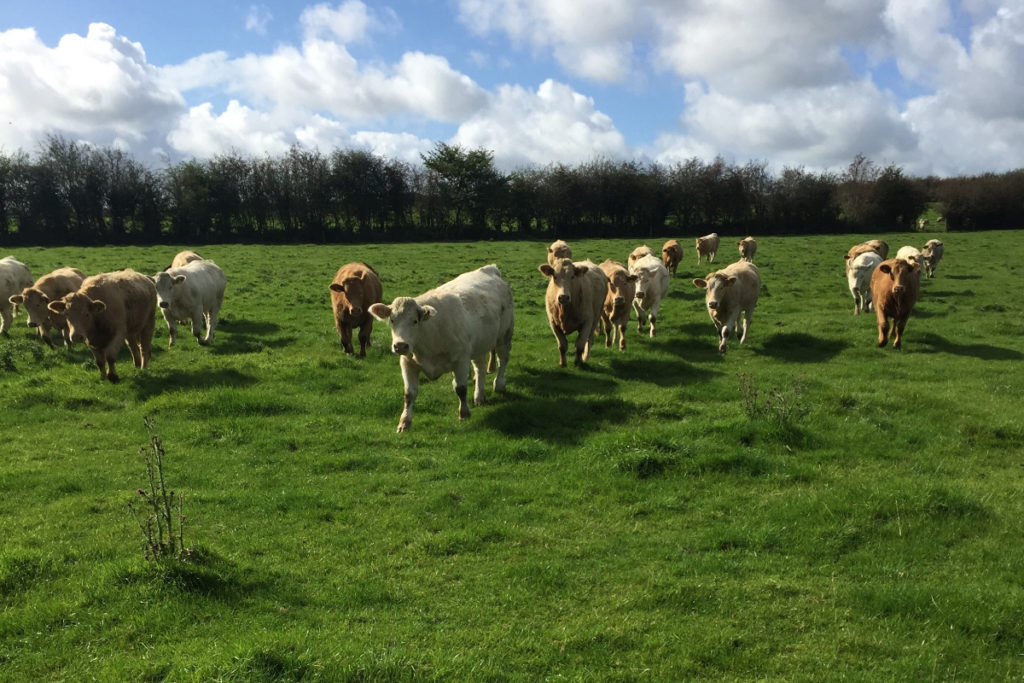 Beef prices and the industry’s future

“Beef prices are up 50c/kg on last year. Cattle need to be at least €4.00/kg for beef farmers to survive. We believe that top-quality grades of cattle are not getting enough of the base price.”

“Beef feedlots seem to be the future, so we could end up selling our heifers as stores instead of beefing them ourselves.”

“We will not be increasing our number of cattle, but we will try to increase output by turning out heifers quicker.”

“There is as much out of drystock farming if done efficiently as suckling, as you have fewer vet costs.”

“The future in farming looks good as food will always be needed. The beef sector has new markets opening around the world each year. I will not be going into dairying at any point. Instead, I will stick to beefing cattle.”

“Farming, in general, is as good of a lifestyle as any other career in life. You are the boss, so the harder you work, the more you get out of it. I believe the Basic Payment Scheme (BPS) should only be given to active farmers,” the young farmer concluded.