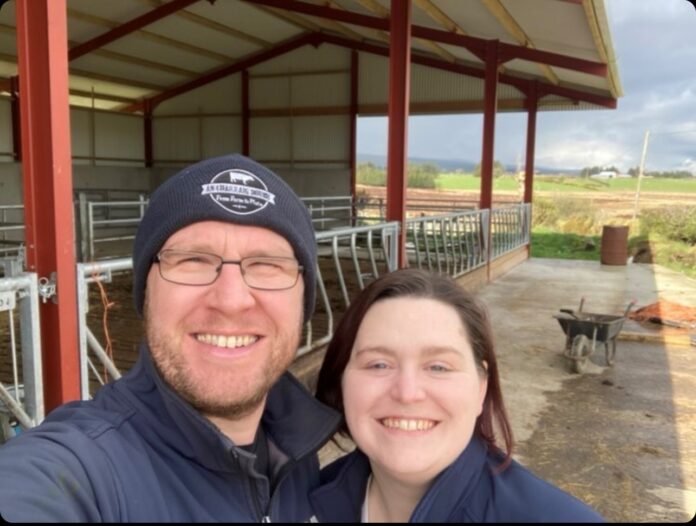 In this week’s Farming Focus series, That’s Farming speaks to Sean and Jessica O’Neill, owners of An Charraig Dhubh Dexters. We discuss transitioning from sheep farming to beef production, choosing a breed to suit their system, the breeding programme on the farm, as well as selling beef directly to the market.

Moving from sheep to a 60-strong herd of Dexter cattle in 2016 is delivering dividends for farming and wife team Jessica and Sean O’ Neill.

Their An Charraig Dhubh Dexter herd grazes in the region of 280-acres in the mountains of Broughderg, Co. Tyrone, Northern Ireland.

Farming is a tradition on the current holding for the last four generations. Sean is employed in the civil engineering industry, and Jessica works through the week for an architectural firm.

“We wanted the land to provide a living for at least one of us and when we started out, that would not have seemed possible with sheep exclusively,” they told That’s Farming.

“We also wanted to produce our own meat, and we felt that the market here in Ireland was geared more towards beef.”

The farm, primarily rough grazing, is located in the Sperrins. They say that Dexters are “well suited” to their land, given the location and nature.

“Therefore, we can outwinter some of the herd, including the lighter, hardier animal, which suits our system. Dexters are excellent mothers. They will generally rear a calf with little to no problems.”

The O’Neills wanted an animal that they could run from calf to beef, and for them, the Dexter was the “perfect fit”.

When growing the herd to the current size, the couple wanted to select animals from some of the top-performing herds.

They purchased most of the herd’s females from Damien Tumelty’s Castlescreen herd in Co. Down. “Damien and his partner, Jackie, are very knowledgeable and passionate about the breed,” they added. 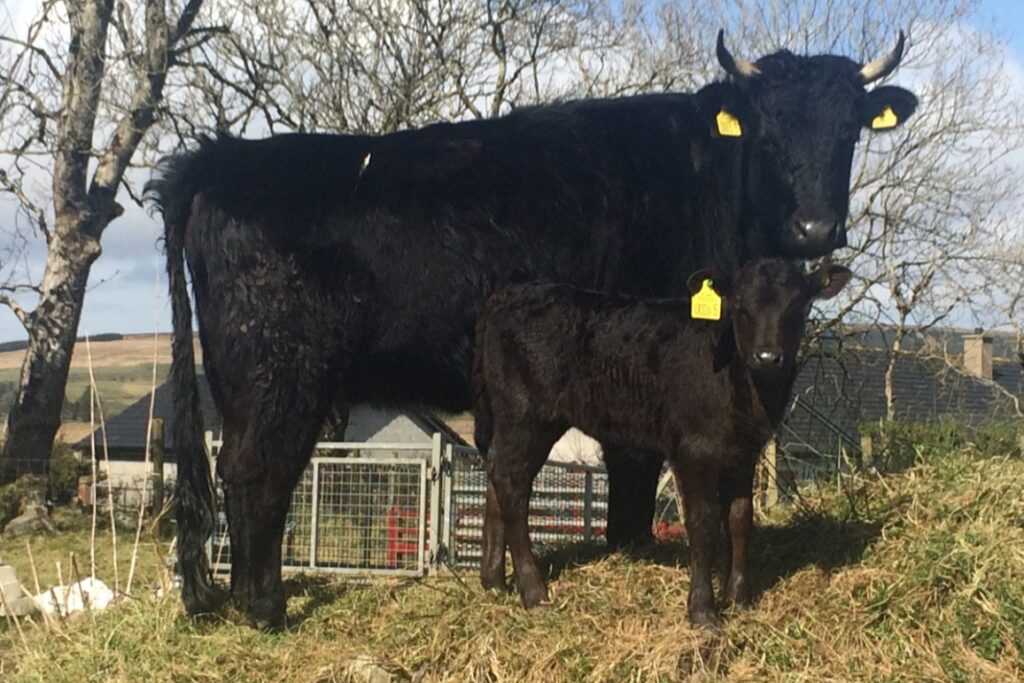 Each year, 20 pedigree Dexter cows run with the farm’s own stock bull, Bob, which they originally purchased from the Dunlarg herd.

“We have plans to introduce AI in the future, especially now that we have constructed a new cattle shed and will be upgrading our handling facilities.”

“We are currently looking for a new bull to introduce to the herd as we have been pleased with the heifers that Bob has sired.”

The bull stays with the main herd up until calving time, and they remove him in mid-July.

Spring is the predominant time for calving as it suits the system, with cows calving outside.

“We generally do not put heifers to the bull until they are 24-months. The aim is to keep calving time more compact and allow the smaller short-legged heifers to grow first fully.” 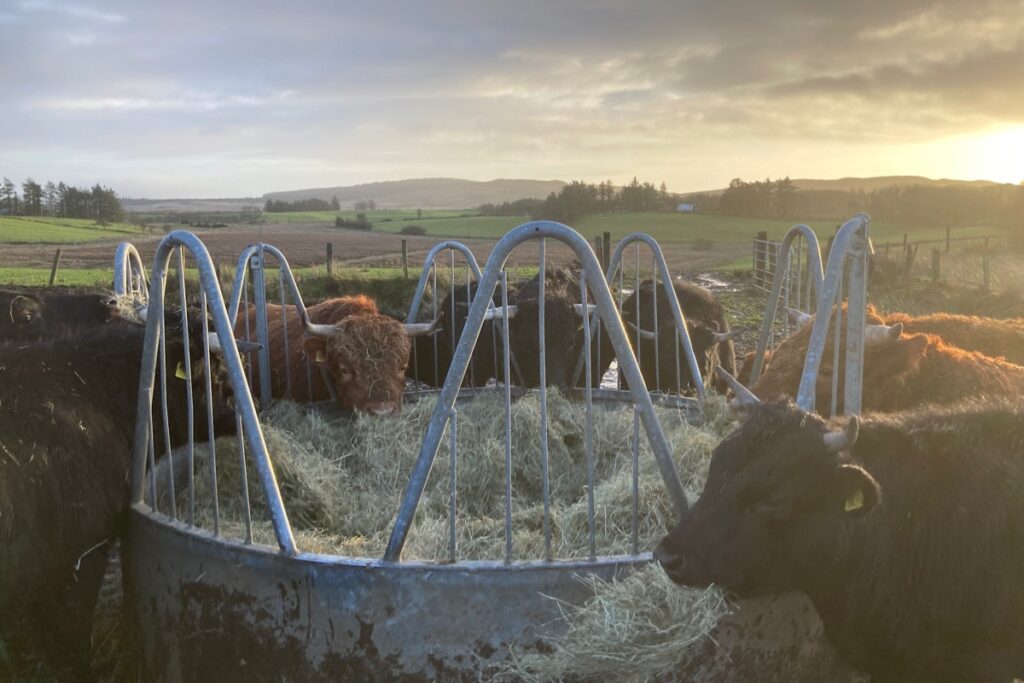 When asked about their ideal cow type, Sean tells That’s Farming, “as long as they are a good hardy, maternal cow, and they can rear a calf without too much trouble, then we are happy”.

“We do not give cows with calving or temperament issues a second chance; we cull them,” he added.

Temperament is a key trait for the farmers also, considering the size of some of their grazing blocks.

“Females are generally kept as replacements as we have been expanding the last few years. Going forward, we aim to improve the standards within the herd, which will lead to some females going to beef along with the steers.”

“The beef will generally retail at around £12/kg for mince right up to £36/kg for fillet steak, which we then sell through social media channels such as Facebook and Instagram.”

“We are aiming for around 170kg deadweight for steers. With them being a native rare breed, we do not pay particular attention to the grading classification.”

“The beef is sold by ourselves directly from the farm, so we are happy for the taste and texture to do the talking.”

“It is very rewarding to see our farm produce quality stock and for the finished product to end up on local tables.”

The couple now has plans to attend local markets in the future across Mid-Ulster. 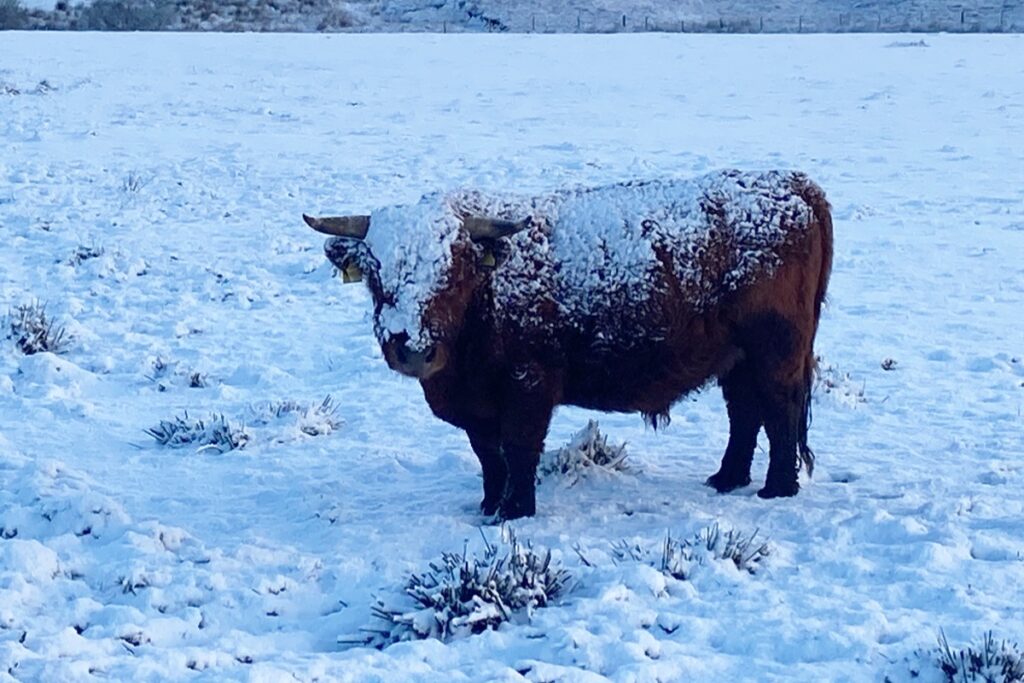 Despite the scale and topography of the farm, grassland management is still a critical practice for the couple.

“In summer, we use the large areas of rough grazing for our stock to take the pressure of the fields ahead of silage cutting.”

“Slurry is applied. The fields are aerated and tine harrowed to remove any compaction and dead thatch that may be present.”

Furthermore, in spring, they apply small amounts of nitrogen. 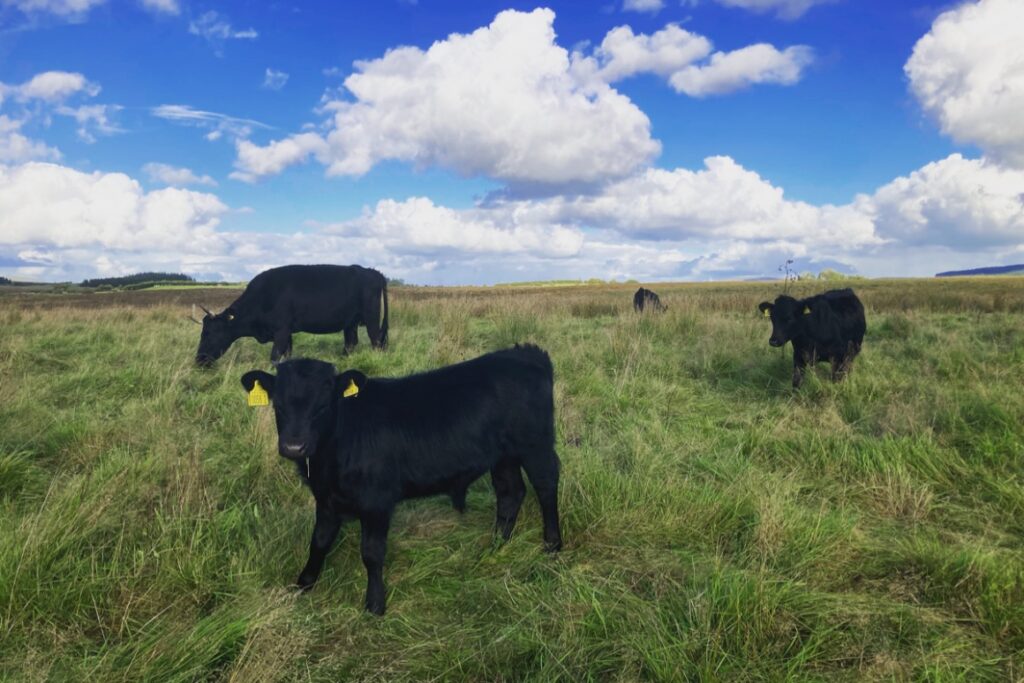 Success with a Dexter enterprise

“Patience is key to running a successful pedigree Dexter operation. They can be stubborn and test your patience at times,” tells That’s Farming.

Sean is also a member of the Dexter Cattle Society and the Six Counties NI Dexter Group.

“The support from the Six Counties Group has been fantastic over the years. They are always happy to help.” 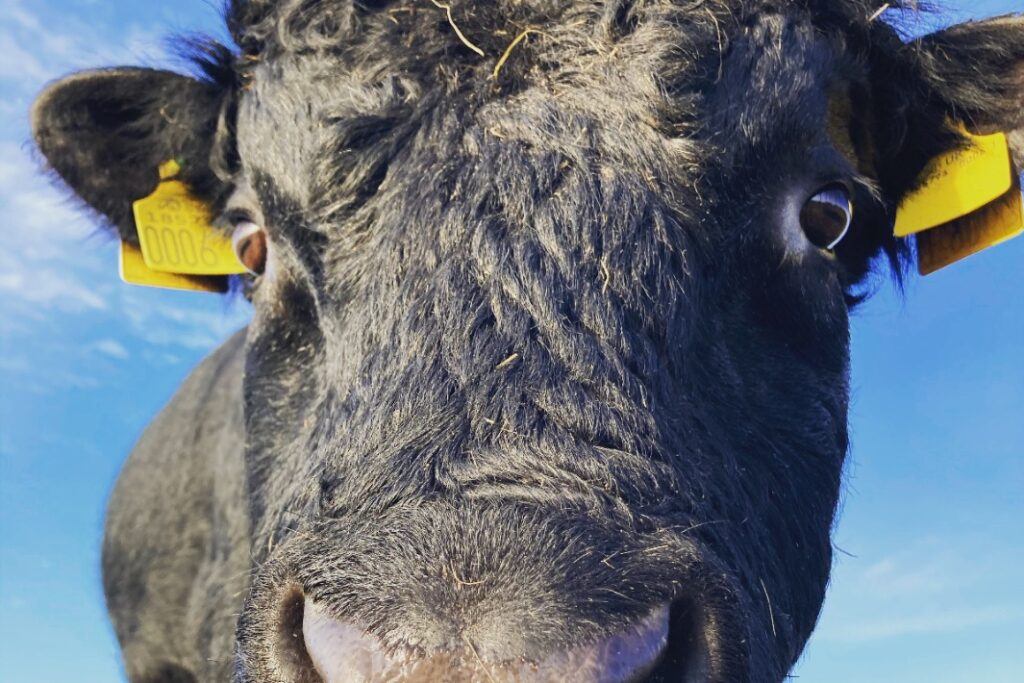 At present, they are satisfied with the current size of the herd, and they are not looking to improve the standard of the current stock going forward.

This improvement of standards within the herd will involve introducing new genetics.

“Going forward, I would like to improve on the carcass weights, grassland management and genetics.”

“I think for ourselves and the direct market route, there is still a bright future, considering its sustainability.”

Sean believes that farmers are not rewarded enough for the quality of progeny they are producing.

“There is a general lack of understanding on the part of the general public of what it takes to get products such as beef to their table.”

“It has been difficult and very hard work to get to the stage that we are at in terms of juggling employment and investing in our farm. We are now in a place where the payback should begin.”

“It was only made possible by the hard work of Jessica; her hardest task is keeping me right,” Sean laughs.