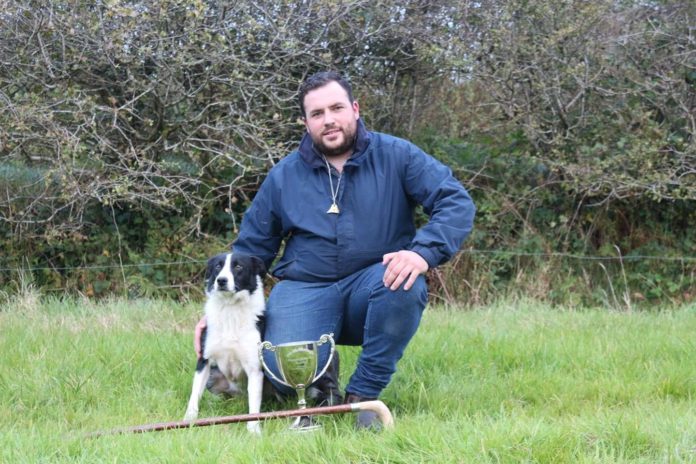 ‘I have sold sheepdogs all over the world’

As part of this week’s sheep segment, That’s Farming, speaks to Martin Walsh, a young farmer and sheepdog trainer (owner of Derryharriff Sheepdogs) from Mayo.

Martin Walsh may have ventured into sheepdog training three years ago, but in that short space of time, his sheepdogs have ventured to all corners of the world.

The 25-year-old, farms on a part-time basis, with his father, Padraig, in Derryharriff, County Mayo.

The father and son team farm 40-commercial cattle, predominately Charolais-Limousin crosses, and Salers-crosses. They sell their Charolais-sired weanlings at Balla Mart and retain up to five replacements annually.

On the sheep front, the Green Cert holder and his father run 100 cross-bred ewes, predominately Texel-crosses with 50 Mayo Blackfaces. They run Charollais and Texel rams with their cross-bred ewes.

Lambing 2021 has already begun for the Walsh family; they lamb all crossbreds indoors, in a dry shed, and lamb Mayo Blackfaces outside during the first days of April.

“Lambing is going okay; we are roughly lambing them all 50/50. We finish all our lambs and send them to Kildare Chilling. All our Mayo Blackfaces will be kept this year.” 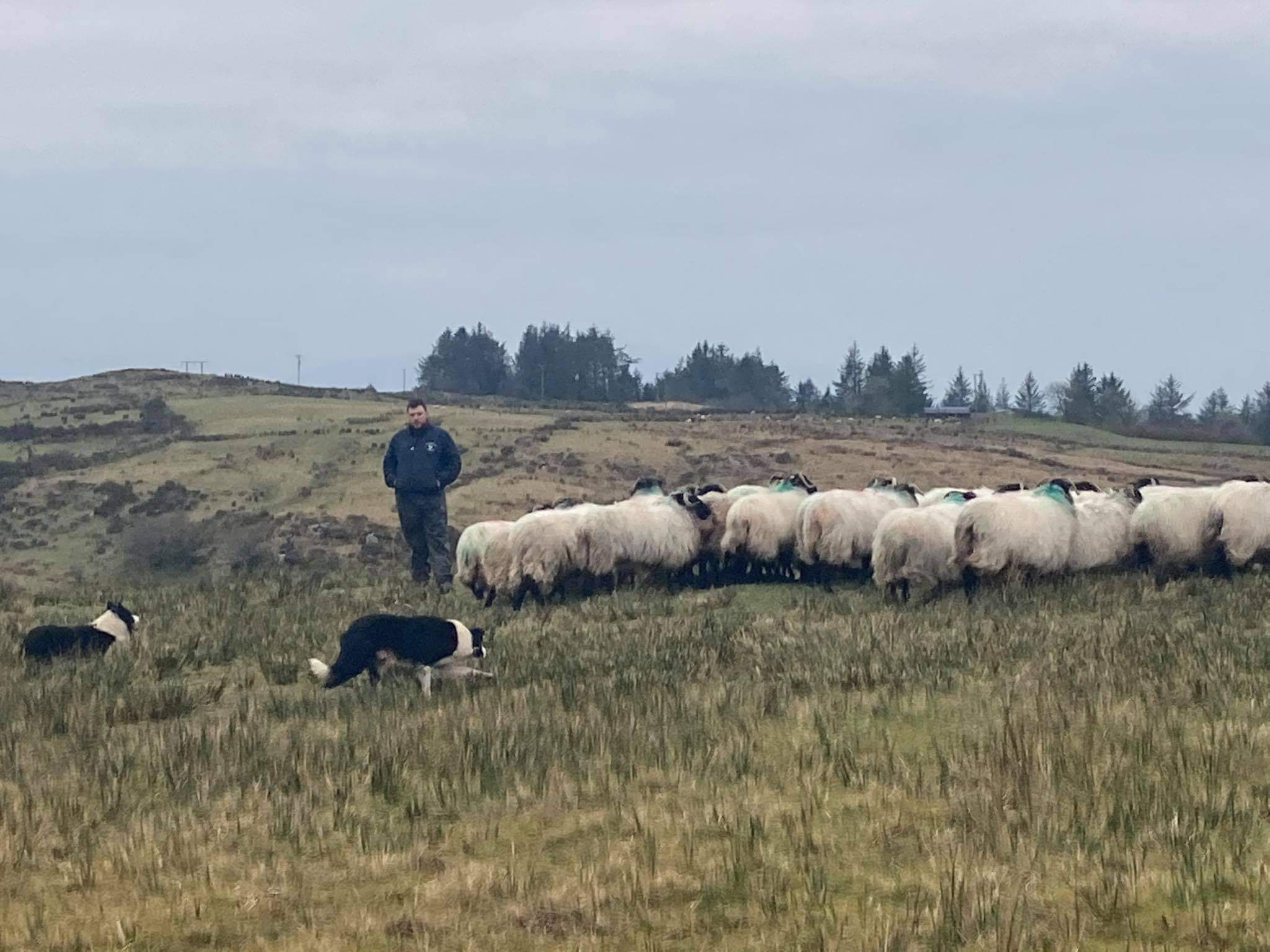 Martin’s venture onto the sheepdog scene began with a non-registered bitch by the name, Spice, and since then, the Derryharriff prefix has expanded its reach.

The young farmer sold a dog to Germany in 2020 and has previously acquired customers across the waters in the UK. One of his dogs ventured to Italy in recent weeks.

“My father always had good cattle and sheepdogs, but they would have never been purebred or registered dogs. It has been doing quite well since, and I have sold dogs all over the world.”

“I like to buy dogs that are showing nice potential, at around 6-12 months. You know better what you are buying and their traits. I would not be breeding puppies as such may be one litter a year, and that would be it.”

Martin is now a member of Clew Bay Sheepdogs; he began trialling with them two-years-ago and won the Joe McMonagle Memorial Cup with a dog called Sweep this year. 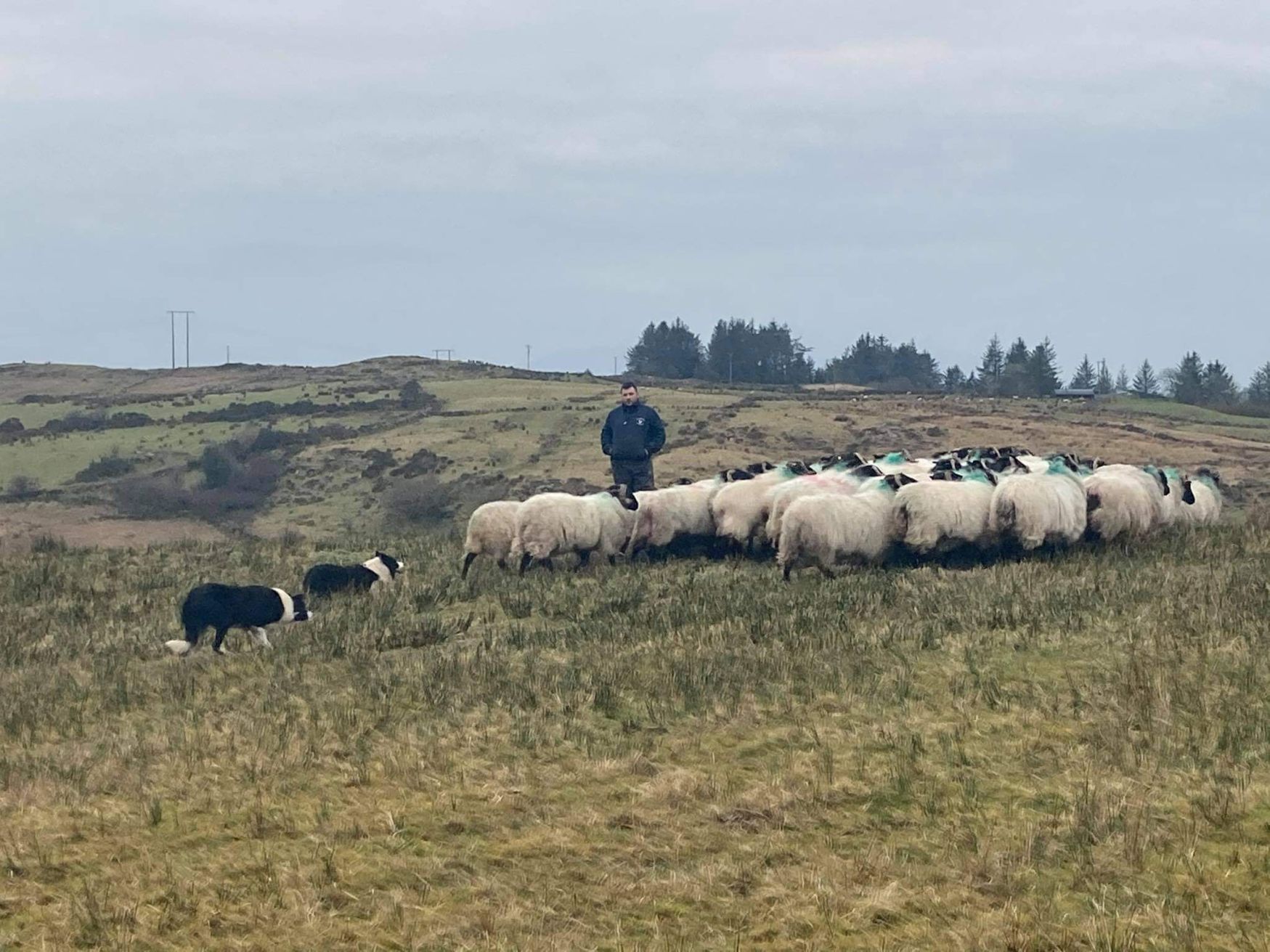 His crucial tip for anyone undertaking sheepdog training is having patience. He feels the age you can begin initiating training them depends on the dog in question.

“They have to like work; they have to like training. I do not think loyalty really comes into it; it is work they want, not you. If I have a dog around six months to one-year-old, I take them out first to let them see sheep and have a bit of a play.”

“When I think the dog is ready for training, I start having them going around the sheep, nice and steady, both ways, with the sheep and I standing in the middle with the dog circling us. That is the first step.”

He advises practicing small 10-minute intervals of training with the sheep dog and the animal will progress when they feel ready.

The sheepdog trainer feels the most challenging thing is finding a “really good dog with power that is also easy to handle”. 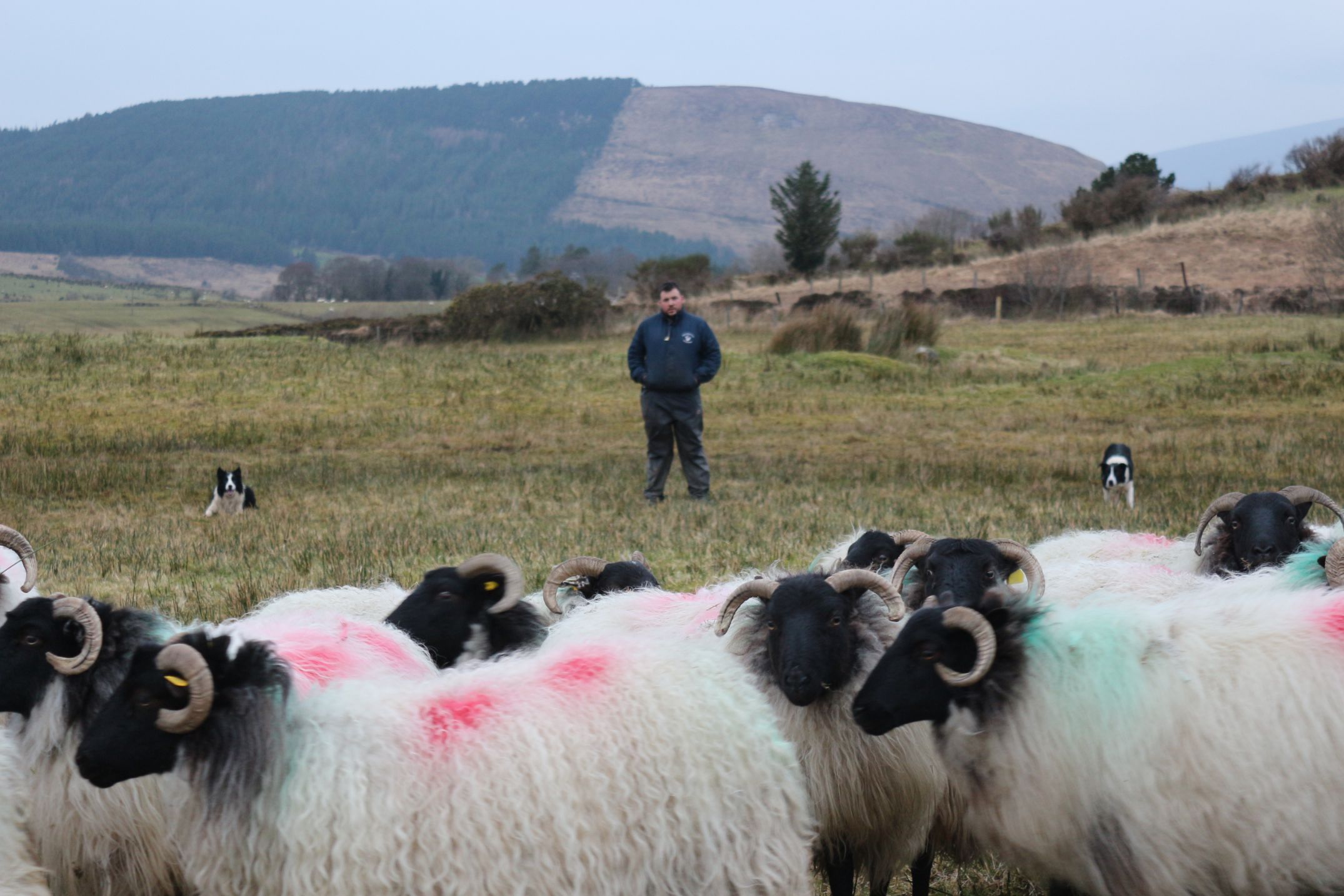 2020 marked Martin’s debut participation in sheepdog trials, where he took third place in the Clew Bay sheepdog nurseries. A dog must be under three years of age to partake in nursery trials, and he ran two dogs, Sweep and Mirk, on this occasion.

Sweep placed first to sixth in nursery trials and claimed four place in an A-level category.

“It is very rewarding when I am training a young dog, and everything starts coming together after maybe a year.”

“Another enjoyable aspect is when you bring them out and see them gather 100 sheep off the side of a hill. I enjoy seeing what you started with and what you have now.”

Martin stressed that the Covid-19 pandemic has impacted those training sheepdogs for trials.

“Covid-19 has affected me big time. Obviously, you put a lot of work into young dogs to have them ready for nurseries.”

“Covid-19 came along, and that was sort of, I will not say for nothing, but you could not see where your dog was in terms of trialling.”

“It [Covid-19] has affected all dog men big time now. Hopefully, things will get back to normal, and we will get back out,” Martin of Derryharriff Sheepdogs concluded.