That's FarmingThat\'s Farming Irelands Largest Farming News, Properties and Classifieds Network
HomeBeef‘When you look after your machinery, it looks after you’ – ag... 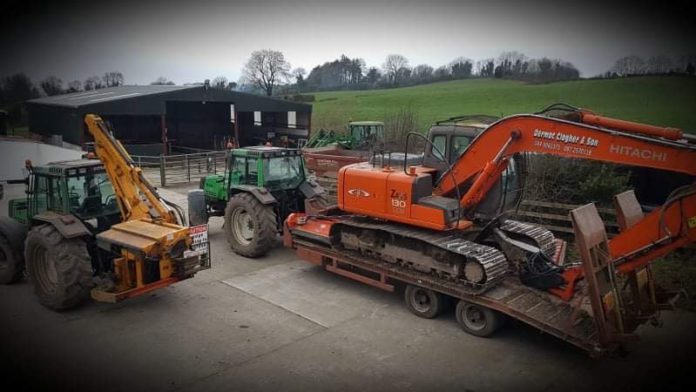 ‘When you look after your machinery, it looks after you’ – ag contractor (54)

As part of our Contractor of the Week segment, That’s Farming speaks to Dermot Clogher.

Agricultural contracting has always been in Dermot Clogher’s blood; he baled his first bale using a Massey Ferguson 135 and Bomford square baler at the tender age of ten with his dad.

The 54-year-old from Castlepollard, Co Westmeath, began offering contracting services after his father’s, Dick Clogher, death under the name Dermot Clogher and Son.

In 1986, Dermot purchased his first tractor, a Massey Ferguson 168, and the next year, a round baler, while maintaining his father’s square baling contracts. 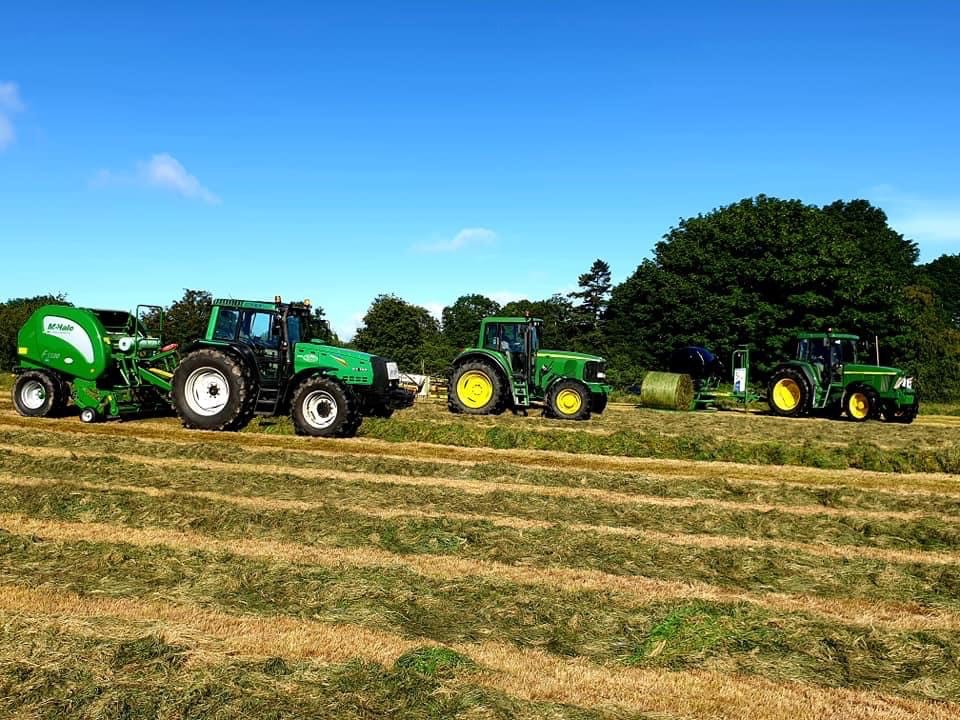 Since then, the range of services has widened to include hedge-cutting, mulching, slurry spreading, agitating, spraying, bailing, mowing, tedding, raking, fencing, and groundwork.

His extensive fleet of tractors now includes a Valtra 8050 and 8450, John Deere 6510, and 6520. Clogher has found that these machines are causing very little trouble and require little maintenance.

“If there is something more modern you like to get it, and with balers, you are progressing with a new baler all the time, When you look after your machinery, it looks after you.”

He owns a McHale 5500 baler, a Kuhn mower, a Kverneland mower, four-rotor tedder, Claas rake, Malone post-driver, and a selection of bale stacking and handling equipment.

Other items include, a Hitachi Zaxis 130 digger, and a Moffatt saw and mulcher and Muckmaster dump trailer.

“The first year I got the round baler I probably got new customers that year because it was a new thing taking off. It got me going, the first year I had it I did 5,000 bales with a 168 and Claas 44 baler.”

Clogher changes his McHale baler yearly, previously he had a John Deere baler but has remained a Mchale purchaser since “it was a real step up from the beginning making a better bale”. 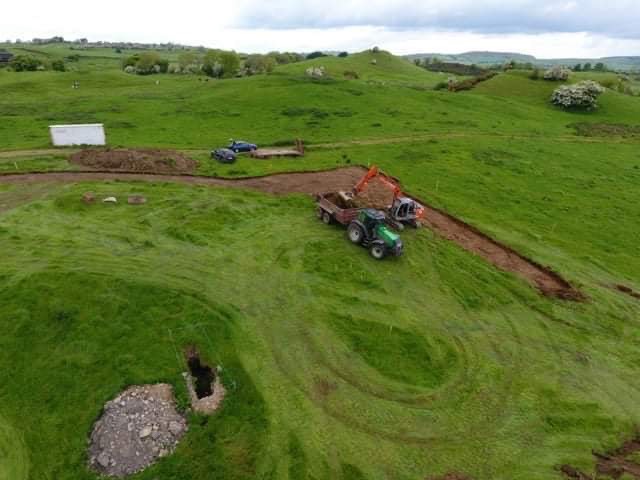 Dermot said hedge-cutting has been a beneficial service in expanding his business; he says he was the first in his area to purchase a saw for his digger.

“I’ve gained a lot of work around Mullingar; the hedge-cutting turned out to be a good business. It is easier to keep on a full-time man since we started hedge-cutting,”

“Before, that we would have been quiet during the winter, and it was hard to keep an employee all winter.”

“We are going from September to March, and the advantage is you are doing any ground as you are on tracks.”

He feels maintaining a good service and time management are vital when doing a contract.

“I would have a lot of customers that I started with, and I still have them. I would be doing work for their sons at this stage”. 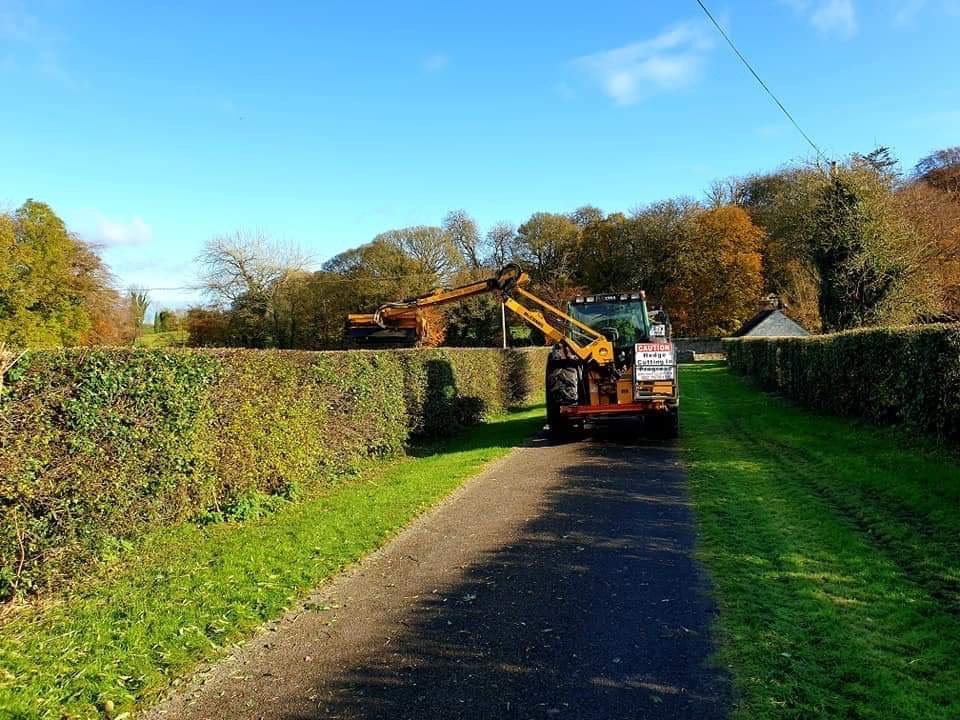 According to Dermot, Covid-19 restrictions are preventing him from developing farming relationships during his contracts. Dermot’s wife, Mary, carries out the bookkeeping in the firm.

“You would be having a cup of tea with them and going in for dinner. We had to eliminate all of that as we could not do that.”

“It left it awkward for older customers who I would like to go in and have a chat and dinner with.”

Besides, he keeps a herd of 30 suckler cows and offspring amounting to 80 cattle during winter.

The Clogher’s farm consists of a Limousin herd and stock bull. He finishes some cattle, while he sells weanlings in their springtime at their local mart.

“I am kept busy when calving season starts between contracting and farming; I find a Limousin bull is good as they are easy calved.”

Looking ahead, Dermot hopes to continue offering his services and building his customer base around the Midlands area.

“The cost of machinery will play a significant factor, and contracting will continue to get stronger.”

“Machinery is gone so expensive; farmers couldn’t really afford to buy machinery to do their own work. It is going to be kind of left to a contractor.”

“If he buys some piece of machinery and he is only doing his week’s work within the year, it doesn’t justify trying to pay for it,” Dermot Clogher concluded.