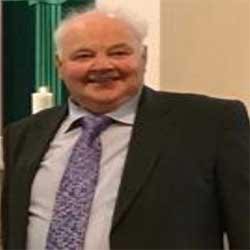 Remembering the late Eugene Dalton on his first anniversary

The renowned businessman, also the founder of Corrib Oil, passed away unexpectedly at the Galway Clinic on Friday, May 14th, 2021.

Remembering the Mayo native on his first anniversary, Catherina Cunnane, editor, and general manager of That’s Farming, described Eugene as a “larger-than-life character and a true gentleman”.

She said he was a “highly respected, intelligent, honest, reliable, outgoing, kind-natured and witty, storyteller, friend and advisor like no other”.

“He was a renowned GAA fanatic and had a striking passion for farming news and rural affairs, which led to That’s Farming’s creation in 2015. I had the pleasure of becoming to know him on a personal level in recent years through That’s Farming when I joined the digital media company during its start-up phase.”

“Our frequent internal meetings, once we had discussed business matters, of course, revolved around farming. We spent hours every day discussing the latest mart prices, factory prices and all developments relating to agriculture in general.”

“He was a passionate beef farmer who had spent years fine-tuning his successful annual in-calf heifer sale, which he initially held on-farm for years before hosting it at Aurivo Balla Mart.”

“He was known to have an eye for his beloved golden Charolais-cross and Limousin-cross heifers, although at times, I was very close to convincing him that ‘one of my ‘rare’ breeds, [Aubracs]’ as he called them, would look well in the middle of his batch.”

“Then, just a brief period before his passing, he arrived at our HQ one afternoon and tasked me with downloading all virtual mart apps. In fact, the matter was so urgent; we had to postpone an interval review meeting.”

“He wanted to tune into various cattle sales to do his ‘homework’, as he called it, ahead of his 2022 in-calf heifer sale. He liked to keep up-to-date with local marts, in particular, and when you would hear a livestock auctioneer’s chant at a full volume outside the office window, you knew he had arrived for his daily visit.”

“These are just some of the invaluable memories I have of Eugene. Undoubtedly, he touched the lives of everyone else he met through the farming, GAA or Corrib Oil circles.”

“He leaves a lasting legacy as one of Mayo’s and one of the country’s most successful visionary businesspeople. He is dearly missed by all who knew him. May his gentle soul R.I.P.,” she concluded.