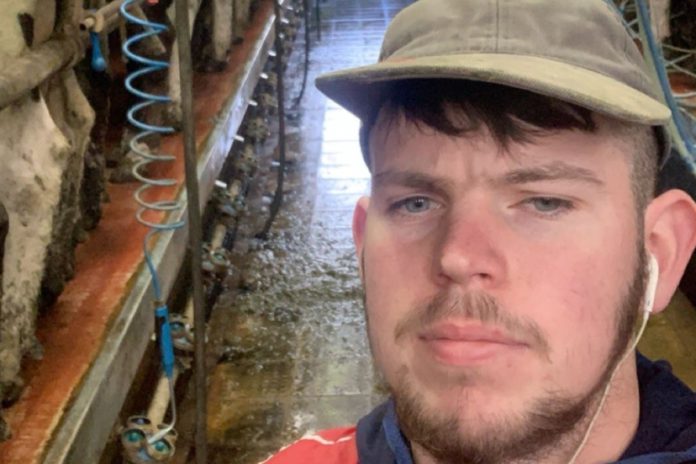 ‘Some people say I am not wise working so many jobs’

In this week’s Dairy Focus, we speak to Shane Barron, a young farmer, who juggles multiple positions.

Shane Barron may be 21-years-old, but he has extensive agricultural-related experience under his belt, having worked on farms comprising up to 4,500-acres.

He hails from a beef enterprise in Darver, halfway between Ardee and Dundalk in County Louth.

The duo has approximately 100 stock in total with 70-acres of grassland, 30-acres of tillage land that they rent out and an additional 80-acres rented for grazing and silage ground.

“The farm we have here was taken over by my father in 2011 when my grandfather, who always ran the farm, passed away and left it to my father,” he told That’s Farming.

“My grandfather took it over from his father and always had an input and, more importantly, an input into the farm up until his passing.”

Despite his strong beef roots, he ventured into the dairy side of farming in January 2021. He previously was in Oxford, England, with AL Wilkinson Farming, where he worked as part of its 4500-acre harvest. 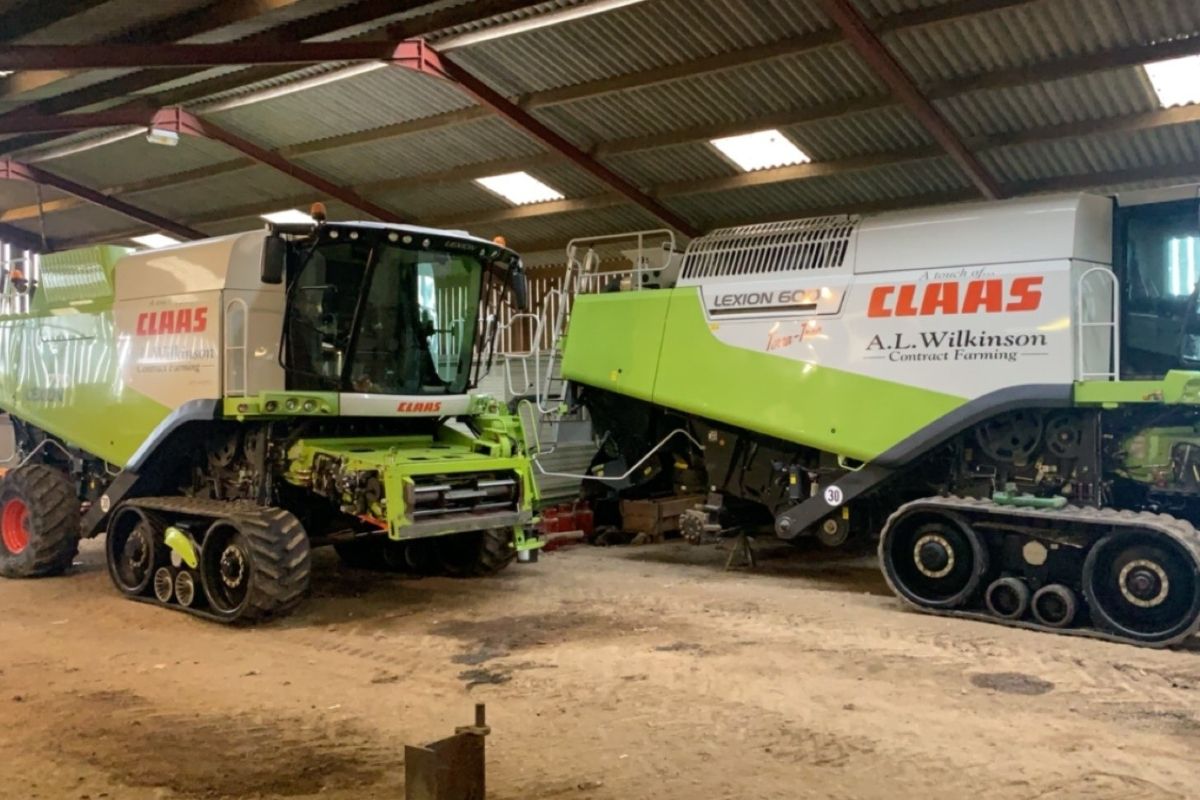 When he returned to home turf, he did not uptake a position immediately but jumped when an opportunity arose to join a dairy farm in South Louth.

On the farm, they are currently running just under 500 cows through a 20-unit Dairymaster parlour, starting milkings at 5.30 am and finish up about 9.30 am. They begin milking at 2.30 pm in the evenings, and “usually everyone is out of the yard by 6 pm”.

“It is a long milking, but it is enjoyable, and every day is different down in the pit.”

“The day the new owner and my boss arrived in 2019, 100 new cows landed in the paddock beside the yard, and they were milked the next morning.”

Last spring, they milked approximately 460 cows and have since expanded. But, according to Shane, they intend to scale back to a 460-cow herd next year.

“A lot of the cows are first-time calvers and second-time calvers this year. Therefore, they will be older and produce higher yield and better quality milk, so it allows us to scale back.”

The farm spans 430-acres of grazing ground with 1,000-acres of forestry surrounding it. There is also an additional 160-acres of rented ground down the road that is utilised for silage ground and to graze heifer calves.

“Each one of the roadways to the grazing ground is laid with recycled Astroturf. This is great for the cow’s feet, and they walk across it a lot quicker. It was a great idea and saves time and money on hoof care.”

Currently, the herd consists of crossbreds, mainly Friesians crossed with Jerseys. “We also have a brave amount of pure Friesians and Holsteins, but we ideally want to replace them with cross-breds.”

“The idea behind having cross-breds is that they are high in butterfat and protein. They do not yield as much as the big Friesian cows, but they make up for it with the quality of milk.”
The farm is currently in the throes of the breeding season, with about 85% of the first round completed.

The crossbreds are being bred with sexed Backdrop [Friesian] semen; the Holsteins and Friesians are AI’d to Sexed Gallivant [Jersey].

In addition, they are also using OKT semen as well on particular cows as “he is a very reliable and easy calving bull”. “All in all, so far, breeding season is going well, and we plan to run Angus bulls to clean up.”

This year, they started calving on January 28th, 2021 and finished on May 13th, 2021. “It was a long slog and was something I was not used to, but the calving season went well for us.”

“We have about 130 replacement heifers for two years’ time. Also, we sold all bull calves and Angus calves at the mart.”

Currently, cows are “milking well” as the herd is in its peak month in terms of milk yield. “We are coming out with about 15,000 litres of milk daily, averaging 25 litres a cow a day which is 1 litre more than last year’s intake for this month.”

Milk solids are up from 1.89 in 2020 to 1.99 for this month;  butterfat levels have increased from 3.85 to 4.19 from the corresponding period last year, and protein levels have remained the same. SCC is in the region of 90,000 for the past month, but they hope to lower levels using cluster flush.

“All in all, we are incredibly happy with the way things are going at the moment and hope to continue to grow.”

Grassland management is essential for this farm as they work with “very heavy land” which is not always accessible to graze.

According to Barron, during the early months of the year, they could only access about 40-acres of land for grazing, given its positioning on a hill.

“At the moment, we are hoping for the rain to ease up as it is getting wet again, and we may not be able to go grazing where we plan to.”

“We set out a grazing plan each week, and everyone knows where the cows are going. The farm manager goes grass measuring once a week and inputs the data into Pasturebase Ireland, and a plan is drawn up. It is very effective and works well and allows things to run smoothly.”

On the farm, there are five cubical sheds, one calving shed, one sickbay and four sheds for calves. The cubicles are made and supplied by a local company called Condons Engineering. During the wintertime, the team feed silage with a sheer grab on a teleporter.

“We did not go down the diet feeder route as it takes too long every day and would not fit in some passageways.”

“I do almost all the feeding, and usually, I would try to put out enough in a shed to do 2/3 days. If I was to feed everything simultaneously, it would take me about 3 hours in total.”

“I enjoy the dairy side of farming, as I have only ever dealt with arable and beef enterprises. However, it has been a brilliant experience. I have learnt a lot about cow and calf care and how to run a big scale farm enterprise and make it enjoyable to work on. I look forward to learning more, and I hope to have an impact on the farm.”

“At the moment, I am doing the morning milking. Between January and April, I was doing a lot of the feeding, tractor work and calf care, including feeding, bedding and sickness.”

“I enjoyed this, and since the start of April, I have begun to milk more and more whilst also taking part in the breeding. I currently work 5.30 am to 3 pm most days and work 1 out of 3 weekends.” 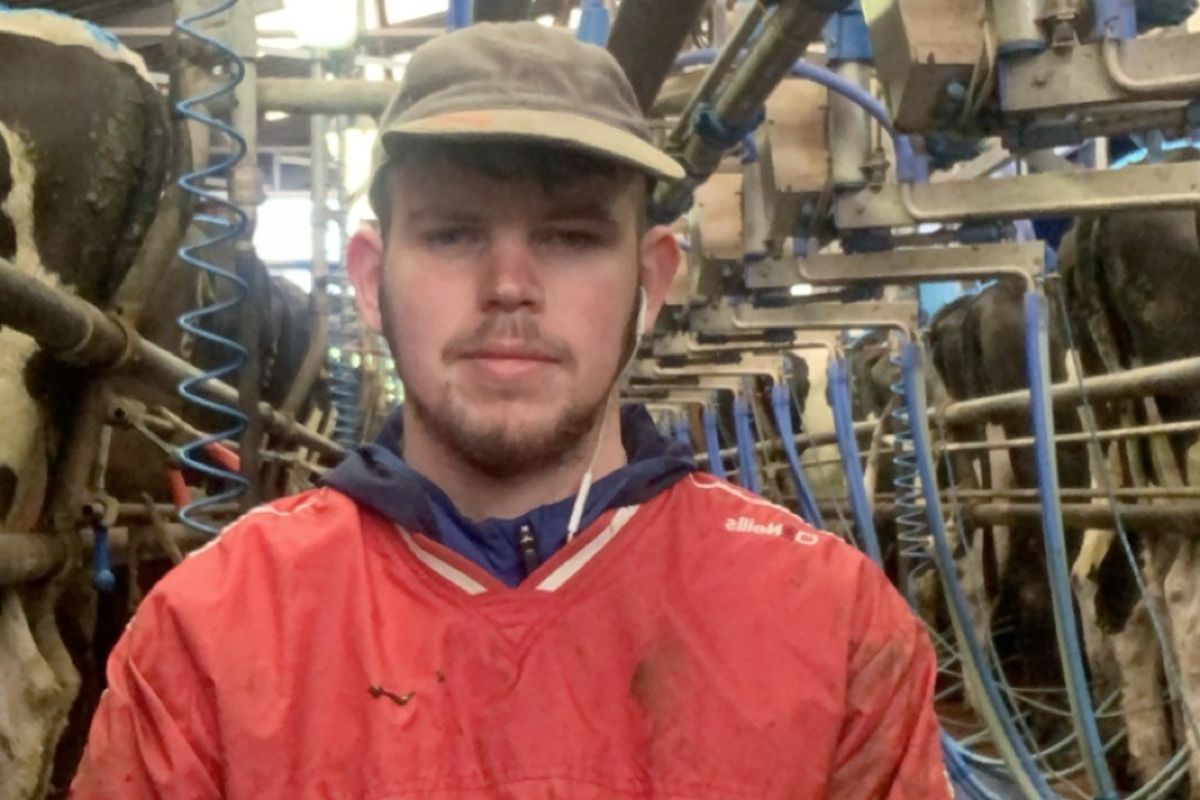 Other positions and sporting interests

Shane also relief milks on a 280-cow spring-calving farm near him in the evenings and one weekend in three after leaving his main job at 3pm.

“I get there about 3.30 pm and finish up about 6.30 pm, and head home. The cows are going through a 20-unit Dairymaster parlour and is similar to the other one I work on, so it is not so bad. It is a long day, and many cows are milked in a month when you think of it that way, but I enjoy it.”

“I find it hard to juggle everything at the moment as I work these two different places, but when I have the opportunity, I would go to my old workplace and give a hand on a 300-cow beef farm.”

“It is enjoyable as it is a break from the dairy side of things and allows me to do something different.”

“I also plan to work in a pub that I worked in before Christmas when they reopen. I have a lot on my plate at the moment, and I also play GAA for my local club, St Joseph’s Gfc.”

“Some people say I am not wise working so many jobs, but I love staying busy and working hard; I would hate to be sitting around doing nothing.”

His plan for the future is to continue “the way I am for the foreseeable future”, but he hopes to venture to New Zealand within the next two years. After that, he intends to attend UCD to study agricultural science as a mature student.

“So far to date, I have enjoyed my journey in farming. From starting on my home farm at a young age to working on the 300-beef farm from 15 years of age to 20, onto the big time arable world in England and back home then to the dairy industry, it has been an incredible journey so far, and I hope for it to continue.”

“I see cases for the dairy industry to go from strength to strength, but I also see the risk of it going crash again.”

“Hopefully, the latter does not occur, but with Glanbia’s new cap coming into play soon, it is hard to see the positive impact that it will make on Irish farmers who have all been through the wringer in the past number of years,” Shane concluded.

To share your story as part of our dairy focus, email – [email protected]