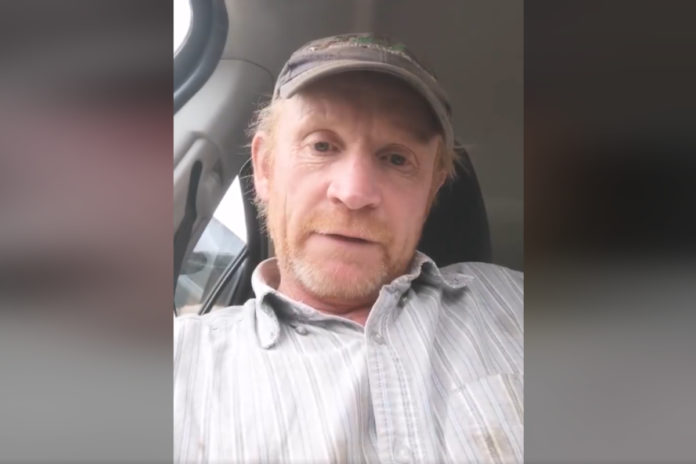 ‘The Irish government want to destroy the national suckler herd’

Over the past few weeks, I have read many articles about the suckling herd in Ireland and the shakey bog that is becoming its future.

The latest proposal for a scheme under the Common Agricultural Policy Strategic Plan (CSP) to support suckling farmers is to, my mind and I believe the mind of many, nothing less than an insult to the ability of people who themselves as their families before them have been custodians to the minding of the land, and the rearing of world-renowned cattle, and beef as well as other livestock.

The Food Vision 2030 strategy aims to increase Irish agri-food exports by €7b. While at the same time, people’s hands are being tied in a scheme that quantifies nothing more than more work, more book and record-keeping and more inspections for the primary keeper and producer, i.e., the farmers.

The consultation document for Ireland’s CAP contains proposals including a proposed limit on the number of animals, i.e., cows a person can qualify for, in a possible reference year not yet known, and a qualifying amount not yet decided.

Parties standing over this scheme and its conditions, to my mind, shows no representation towards the Irish suckler sector whatsoever.

We, as suckler farmers, have a history of doing this tradition of life going back for centuries. Even the dairy sector has its first foundation in the old dual-purpose breeds first found in our fair land.

Surely you can appreciate the resilience and awareness of a good source of quality beef and its place on the world market to date.

This has not been achieved from a pen and paper but the hard-earned work, blood, sweat and tears of generations of farming families.

The government talks of primary producers, safe food, climate awareness and the environmentally sustainable agricultural sector. But I am very much compelled to ask now, for who?

The agricultural and marine sector is the island’s biggest indigenous sector, no more than in all rural and coastal areas.

Their livelihoods are the lifeblood of all rural communities, from land and sea to plate and table, and further away.

In its Food Vision 2030 Plan, the government says that producer’s income and welfare are critical to its success. Its vision is to bring Ireland to the fore as the sustainable food capital of the world.

How can this be done if proper support is not given to the sectors that need it more, and not necessarily through schemes that will serve a living wage to all but those it should represent?

We need a regulator who will step in to mediate all relationships between the farmer, processor and the customer’s interest.

Another stipulation of the proposed Suckler Carbon Efficiency Programme is to be a Bord Bia member and quality assured.

I believe that this can only be requested when Bord Bia are willing to work for the farmers instead of their claim to be doing so.

One such prime example is that you will see a farmer’s name on every piece of packaged meat you buy in a supermarket.

However, there is no single breakdown of the % of farmer’s price, factory price or shop price for the meat in your hand.

Only through education of the facts can anything be done to quantify a viable living for all.

Why has this not been done before now? Is the minister for agriculture willing to investigate the issues?

Surely it would be such to consider all stakeholders when considering a support scheme or, even more importantly, the future of the agricultural sector in this country.

If the beef sector is to be dissolved, and by the looks of the government’s attitude towards it, that seems to be the plan. Where do you intend to get quality beef to present on the world stage from?

Perhaps, there is another plan in place here to push people into another industry. Then when enough fools are led up the merry path, controlling the enterprise will become far easier. That is the only conclusion one can draw at this point.

Water quality and climate change are becoming major issues, no doubt. However, taking out a small cog, such as suckling herds, will do little to change these problems.

Expansion in other sectors is going to be the rock we perish on. At the moment, many medium and small dairy farmers are also struggling to stay above water. This leads me to one conclusion.

In my view, the whole thing about Food Vision 2030 is nothing to do with food production, but it is more with corporate farming.

As for climate change, how is it viable to close bogs and ESB plants down in Ireland, to then import peat and briquettes from Germany?

The government want climate action but seem to think you can tackle it overnight.

If power plants are to be closed, why was there not proper replacement put in place first? Why are there considerations been given to burn waste tyres in cement production to produce energy?

Why are we looking at sowing beet to produce ethanol for fuels for vehicles and treating sheep wool for attic insulation, hence giving employment and creating an environmentally friendly product?

I see Minister Eamon Ryan yapping on about wetting bogs and bogs being our Amazon? This is nothing less than pure hypocrisy.

While the Amazon Basin is being destroyed for cattle production, the Irish government want to destroy the national suckler herd.

Talk to the hands that feed the nation

Why not start by shutting down all feedlots? Instead, let the factory buy from farmer’s yards or livestock marts etc., hence begin to level the playing field.

The government want to sow forests, yet people cannot get felling licences. Perhaps the powers that be should talk to the hands that feed the nation before it is too late.

Is it to be in the future the only one in the county to hold any beef animals will be the president on the lands of the Aras?

May I take you down memory lane to 2019 when the president himself said the following: “farmers must be protected; no one is too far away from the land”. He added that farmers need “transparency, protection and a fair system”.

Surely from our troubled past when we fought for fair rent, we now are entitled to a fair price and percentage of our living?

We, as rural citizens, are surely entitled to the same fair living and representation as the rest of the country, including the government and the ministry of such.

**A revised version of a letter penned to the Minister for Agriculture, Food and the Marine, following the recently-released consultation document on the CSP. **

White has urged farmers to contact their local representatives and the DAFM to express their concerns regarding CSP proposals.

- Advertisement -
Previous article
Two sheep butchered by person with ‘expertise in removing meat from a carcass’
Next article
‘Over the last 15 years or more, suckler prices are probably at a standstill’