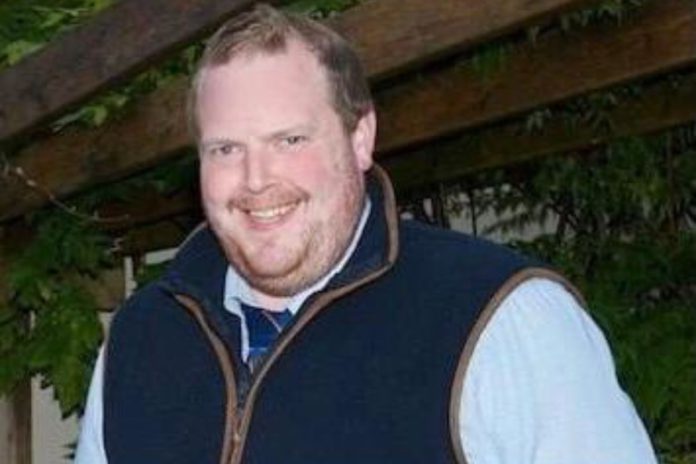 The Aughnacloy, County Tyrone, native, runs a 50-cow commercial herd with his son and is the Northern Ireland Commercial Cattle Club chairperson.

Speaking to That’s Farming about his progression into the sector, he said: “I started to work in Clogher Mart when I was in my first year in high school when I was 12 years of age in the drop calf ring.”

“I worked in Clogher Mart every Saturday from then to now, moving into different rings. Then, as I got older, I went to the suckler ring and the breeding stock ring. Then, I got moved to the fat cow ring. I was always at livestock markets.”

In 2001, Robert attended Greenmount Agricultural College for one year, where he obtained a national diploma certificate.

“I came out of agricultural college and worked for thirteen years in Fanevalley Co-operative Society. Then, I was offered the manager’s job in Clogher Mart.”

“It was offered to me by the mart owners [who held the position]. It was time for a new change, and the livestock sector would have been my dream job.”

Robert believes that coming from an agricultural background is important and has assisted him in dealing with the farming community.

“You have to have a way about you to be able to talk to farmers. I always found that when you are on the same wavelength as a farmer, you get on better with them.”

“You know what you are doing yourself with the same problems at home with cows calving and things like that. If you lose an animal, you can always relate that to a person who is selling livestock.”

In 1954, Clogher Mart began trading and today operates a six-ring system each Saturday. Edwin and Harrison Boyd, and Bryan Barnett own the County Tyrone-based mart, which serves a Tyrone, Fermanagh, and Armagh catchment area.

According to Simpson, the mart has a weekly throughput of 1,200 head of cattle and some 700 sheep.

“The bullocks and the cows start at 10 am. Weanling calves and drop calves start at 10:30 am, and heifers at 11 am. Then, we sell dairy stock followed by sucklers at noon.”

“The main reason [for these time allocations] was that our internet would not be capable enough to take six rings at the time, and it staggers that yard a bit too.”

The manager noted that throughput figures are subject to change on buyer dependency and seasonality.

The mart employs over 50 people, including office staff, clerks, auctioneers, and yard personnel.

“Our weanling ring is auctioneered by Kevin Reavey. William Bingham is in the bullock ring and Rodney Windrum sells fat cattle and cows. Our heifers are auctioneered by William Blackburn. Then, James Graham sells drop calves, and Rodney Robinson is on the rostrum for our sucklers and dairy cattle.” 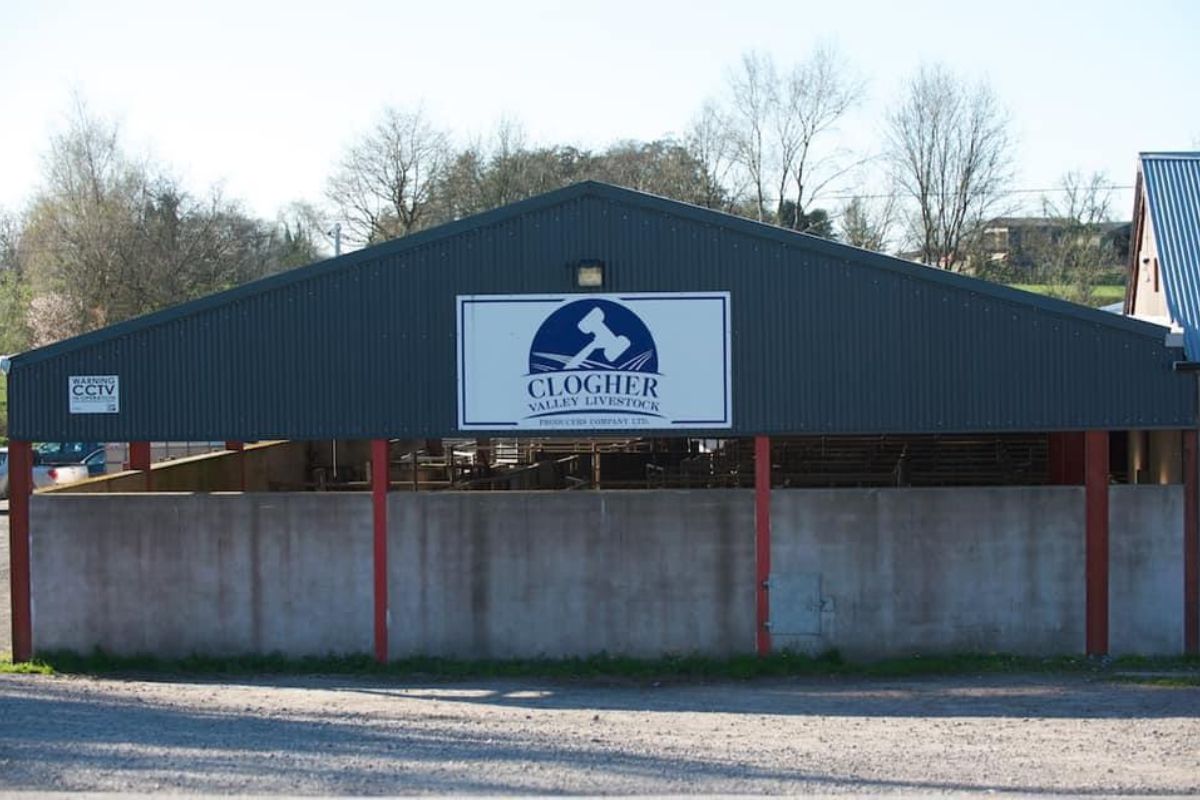 According to Robert, the introduction of online trading “has been a great help” to the livestock mart industry. However, he did note that Clogher Mart experienced some wi-fi connectivity issues during the initial phase.

“Since the online system has come to Clogher Mart, there have been people that have bought stock in the market that probably have never stepped foot in the market.”

“They are buying them on what they see in front of them on a screen. For example, a livestock haulier would take the stock home to them. It has opened the window up to more buyers around the province.”

“It will never go away in my eyes, even when the Covid-19 restrictions are lifted, and we are back to normal. The online system will still be there in my eyes.”

“People have got into a system of coming in the morning and going around taking numbers of the livestock. Then, they go home and buy them at home on the phone or the laptop and come back that evening and lift them.”

“We would have done a lot of work bringing an animal from somebody’s farm or my farm to see the best camera angle that it was at. You cannot have the camera too high or too low; it just has to be eye level.”

“I would say 50% of them [customers] are back in the market yard, and 50% of them are still at home watching their stock selling online.”

Robert revealed that the most satisfying part of his managerial role is “getting your customers a good price for their animal and for the farmer to leave happy”.

“They will not all leave happy. There will always be people who will not leave happy, but that is life.”

“I enjoy the quality of animals coming through the mart. To be know, I love to see good quality animals making a good price, from a drop calf right through to a cull animal. I know myself what goes into their animals.”

“I would say the Christmas sale would be my highlight. Our first-ever champion in Clogher Mart made £5,050; she was a Limousin heifer, and she went for breeding. So, we did put a lot of work into the sale and approached a lot of local butchers who came to support.”

Furthermore, Robert commented on the challenges in his managerial role and outlined how restrictions can make his job challenging.

“You always have challenges where some farmers are restricted in some certain way, whether they are overdue a TB test or the BVD results are not back.”

“Some farmers would nearly think that the mart can fix it, but it is a Department of Agriculture-related problem.”

“Covid-19 restrictions have been tough, as have the HSE inspections. There are many protocols to be followed which is out of my hands. It is one of those things where you have to get on with it. It probably is not as bad as it was at the start.”

“When we first opened after Covid-19, there were only 20 people around the ring. People had to pre-book, and you were trying not to upset a person that did not get in one week, and they forgot to book the following week.” 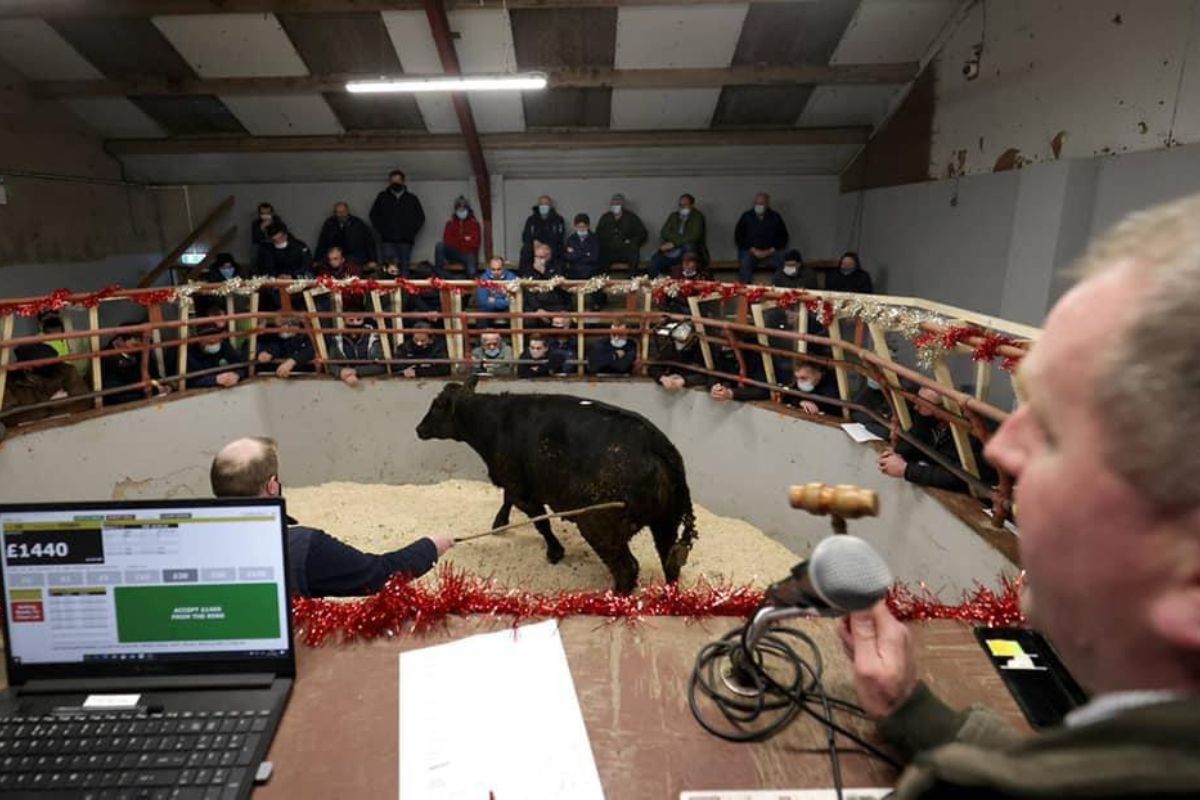 Bringing more sales to the mart and introducing new sales including at Christmas and for breeding heifers are among some of the changes Robert’ has overseen so far whilst being at the helm.

“I brought the first-ever Christmas sale last year. I introduced breeding heifer sales and shows, and sales for suck calves and weanling calves.”

“Facebook is a great thing for advertising. That Christmas sale we advertised, some of the cattle went down to the south of Ireland, basing it on Facebook. More people see things on Facebook than they would on a newspaper nowadays.”

While the manager noted the Covid-19 restrictions were “tough”, he stated that prices stayed steady, which assisted during the difficult trading period.

“The plus side of the Covid-19 pandemic was that beef was a good trade when farmers were not allowed to represent their stock.”

“They were still getting a good price as beef animals, and anything was a good trade. It could have been a different story if beef was a bad trade.”

Furthermore, Robert noted a change in the pricing of heavy cattle in the livestock mart industry change. “Nowadays, a 750kg or 800kg bullock would make a £1,000 over his weight back then £2.00/kg would have been an awful price for them.”

Robert indicated that he is “fearful” about the future that lies ahead for the livestock mart industry and agriculture as a whole.

“If I am honest, I do not think there are enough incentives for young people to start farming. Where farming is going to be in 15 to 20 years scares me a little. The average age of a person around the ring buying livestock is all 40 and 50 plus.”

“There are not many next-generation farmers coming on. So, there is no incentive for a young person to go out and buy 10 to 15 heifers to start a suckler cow herd in my eyes.”

“My brother and I would love to be full-time farming, but it just would not pay to be at home full-time.”

“You would have to have a side-line job; conacre is far too dear. Also, you cannot compete against dairy farmers and people with digesters and things like that.” 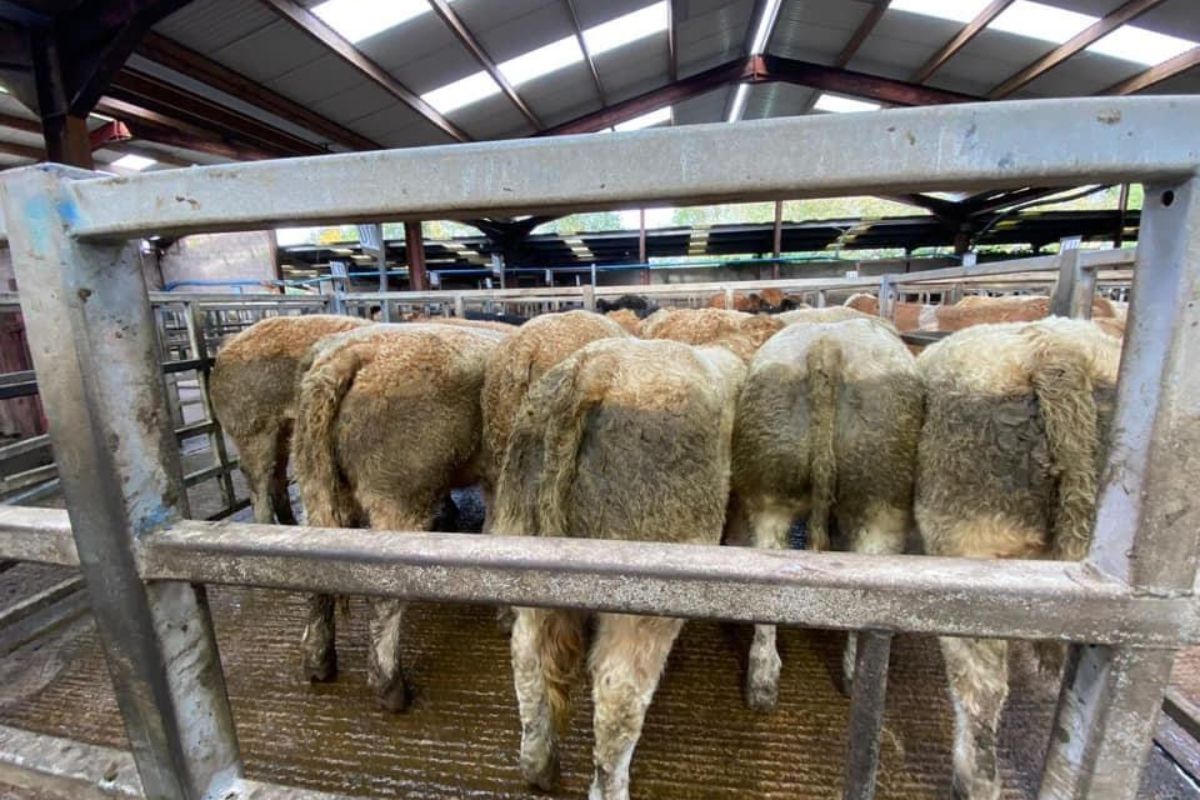 “We are building a show ring for bull sales and Christmas sales. We are taking out pens, and it is in the pipeline. So, I want to try to approach the pedigree sector and get that sale going, whether it is a bull sale or a female sale.”

“It is just to try something different; there is room in the market, so why not try it. You have to take a risk to try these things.”

Robert stated that the youth are important in the livestock mart sector.

“There need to be more younger people coming out to learn the hard way if the animal makes money or breaks even or loses money.”

“No matter what way you do it, not every animal is going to make you money; you will have your plusses and your minuses,” the manager of Clogher Mart concluded.