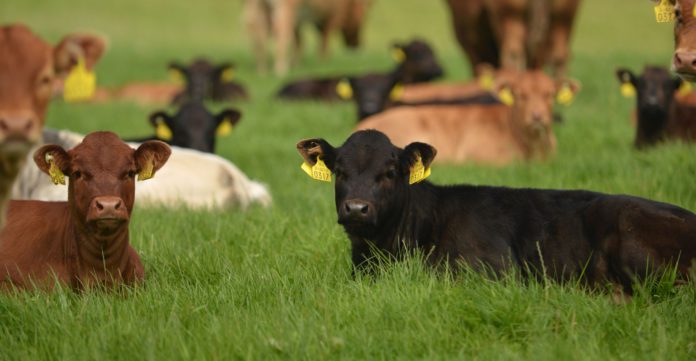 ‘Existing organic farmers have had a torrid time getting cattle killed’

Beef Plan’s price and environmental committees share their views on some agricultural-related measures in the Climate Action Plan.

It raised concerns relating to:

Reducing the average slaughter age of cattle from 29 to 24 months:

Farmers up and down the country believe that the under 30-month limit is an anticompetitive tool that factories use to drive down cattle prices.

The age limit was one of the major concerns that beef farmers had during the 2019 beef protests.

A 24-month age limit on beef cattle as a way of offsetting increased carbon emissions by a dairy herd that has increased out of control for the last number of years is hardly going to sit well with beef farmers.

This same limit will likely increase the volume of maize imported from South America. Animals will have to be pushed harder to reach this new target.

It will also likely result in a quicker turnover of cattle for finishers with higher meal inputs and lower carcass weights.

The fact that cattle will turn over quicker on farms and consume more imported meals will lightly lead to an increase in global emissions rather than a reduction.

It will give the green light for the continued ‘dumping’ of dairy calves with unviable beef genetics into beef farmers’ hands.

It will favour factory farms over grass-based family farms and assist in shutting down rural Ireland.

Reduce use of chemical nitrogen

With urea currently selling at €850 /tonne, Ireland would probably reach this reduction if prices stay at this level.

It would have serious consequences for farm viability and food production.

It will be a difficult target to achieve considering the weight and size of these machines. Also, many problems farmers and contractors encounter issues in their operation.

Farmers are being hammered daily by heavy-handed threats of court action from the DAFM seeking the return of monies for non-farmer-friendly ag schemes.

In these cases, farmers have found it impossible to jump through all the hoops that the department had put in front of them.

A couple of things that the government has not considered here.

The most important one is that there are currently only two factories in Ireland that kill organic beef. ABP controls both.

Existing organic farmers have had a torrid time getting cattle killed. Some have waited two months before these two factories would take their cattle.

Many have also given up because the prices they receive do not justify the extra sacrifices involved in organic farming.

A major retailer recently decided to no longer stock organic meat. They found that the consumers were not willing to pay the extra premium.

Furthermore, if the government is serious about this, their actions so far have not demonstrated that they are.

Beef Plan has learned of a case whereby a company has spent more than €200,000 of its own money annually to develop a particular type of Irish seaweed to reduce livestock emissions by more than 80%.

It has repeatedly asked for assistance to carry out the necessary trials to validate its effectiveness, to no avail, to our knowledge.

The single most important thing that must happen here is the buyback price for energy created in this way be it, gas, or electricity must be at full market value.

The paltry buyback price on offer currently is a major obstacle to this technology having any impact. It also must be farmer-controlled.

The government is giving very little detail on how it is going to do this.

But it would not be surprising if another state-controlled quango was set up that would offer a paltry figure to farmers for feedstock and manures and exclude them from any upsides of such developments.

Farmers want to play their part and embrace counter climate change measures to do their bit for the planet.

While the minister and his department tell us repeatedly, he wants to consult with farmers; we see very little evidence of grassroot farmer involvement in these measures.

It is all the more disappointing when as a farm organisation, we have made proposals that would not only help the farmer but also the planet.