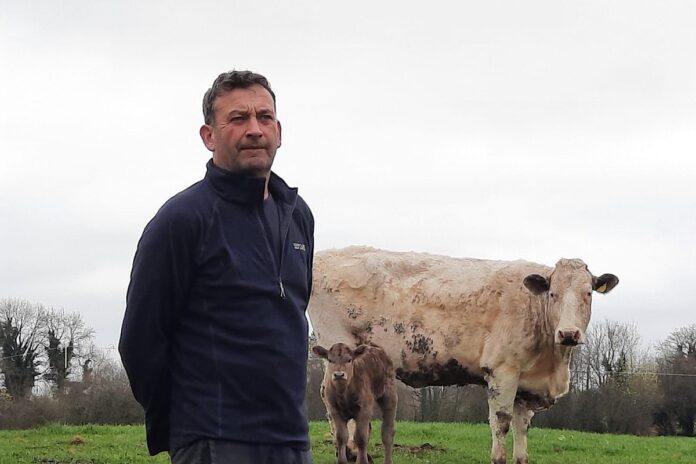 In this week’s Suckler Focus, That’s Farming, speaks to the Curran family about their certified organic operation. John Curran, chair of the IFA’s organic project team, discusses the family’s journey into organics, pocketing €400/t for organic oats and achieving a 30c/kg bonus for cattle.

Those are the remark of the Currans, from Fordstown, County Meath, who are certified organic farmers that run a beef enterprise and grow organic oats.

In 2002, they purchased a 25-acre farm and rent the remainder of the grazing platform (approximately 80% rented land).

John’s father, Peter, continues to play an active role in the enterprise.

John works full-time between farming and as a fencing contractor.

He is the chair of the IFA’s organic project team, and sits on the Department of Agriculture, Food and the Marine’s organic strategy group.

“I always had an interest in agriculture. I never wanted to do anything else other than farming,” John Curran told That’s Farming.

“So, in 1987/1988, I went to Warrenstown Agricultural College straight after school, and I completed a farm apprenticeship scheme over three years.”

“I worked on different farms after that all over the country. I worked for ten years as a herdsman on different dairy farms locally before I started farming.”

“In the 1990s, I worked on a large dairy farm with the Clintons in Kells and another dairy farm in Monaghan.”

“We had Simmental cattle breeding growing up on the farm, and I would have seen the advantages of the breed. I always liked them, so I decided to stick with the breed.”

“The Simmental cow’s temperament and the quality of the animal are what I went for in my breeding stock.”

Their preferable cow is 650kgs, has a good temperament, has good fertility, good feet, is docile, and is easily calved.

The Currans use two stock bulls on their suckler herd, a Hereford, and an Angus, which run with two batches: autumn and spring-calving cows.

The Meath family’s preference for heifers is an Angus sire because of the breed’s easy calving abilities.

“I find that it is not practical for me to AI cows. I do not be there enough of the time. Moreover, I feel there is too much work and effort to try and get them in heat and in-calf.”

“I replaced the Simmental bull with a Hereford to see if I could get an animal that might not grow as big and that will finish.”

“You cannot be using a lot of inputs in organics, and it is mostly a grass-based system.”

“I had a lot of Simmental breeding in cows, so I was trying to get something that might finish more naturally off grass.”

The family calf their autumn calving cows in September and October and spring-calvers from March to April.

The split calving system enables them to divide up their workload and calve outdoors due to the availability of sheds.

“I like to calf for three weeks and then take a break. For example, in spring, I lamb sheep in February, calve cows in March, and lamb again in April.”

“That is the way I like to do it and break it up and concentrate on whatever job is happening at the time.”

“I find outdoor calving is much easier, fewer problems, cows calve naturally and very seldom does a cow have to be assisted.”

According to the family, the herd’s calving interval is 365 days. 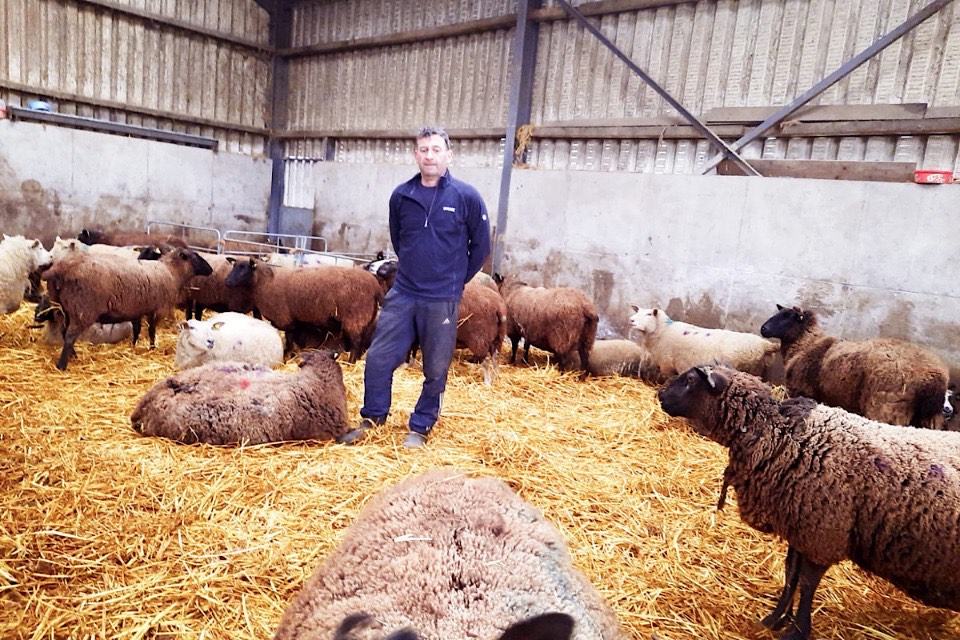 The family calves their heifers at 24-months. “I feel it is an extra year out of them, and it is expensive rearing them. Also, I find they will not grow into too big of a cow after that age.”

“I used to calf heifers older. However, I found the heifers were getting too big, and it depends on the breeding and everything.”

“In my opinion, they do not need to be any older unless you are looking for a huge cow, that maybe that you can get a lot of weight finishing her off at the end.”

The farm has a 10% annual replacement rate, and the main reason for culling cows is age, which they send to the factory.

They slaughter their male progeny and some heifers at twenty-four months old in Slaney Meats, Wexford.

“There is a slight bonus for organics, but with the lack of competition for organic beef and the rise in conventional beef prices, the organic price in the differential is very little.”

“The bonus used to be roughly €1/kg, but now it is probably 30c/kg. So, there is no difference really at the minute; it is very minimal.” 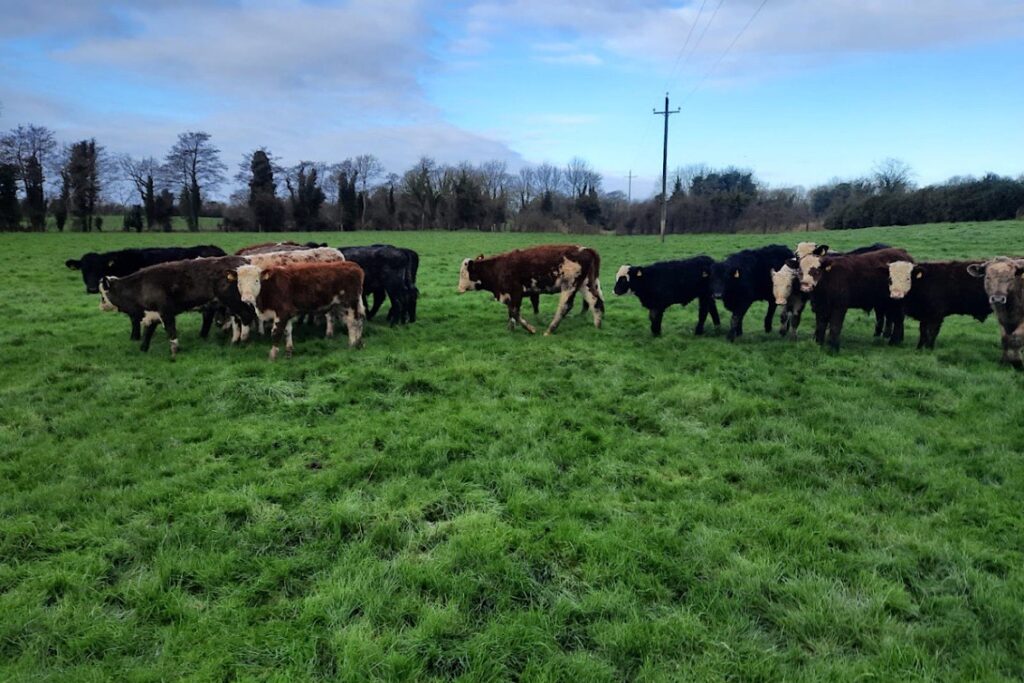 The Meath-based farm received its full organic symbol in 2007 with the Irish Organic Association. There were three reasons why they made a move to organics.

“One was to keep my costs down (the main reason), the second was to draw the Organic Farming Scheme, and the third was the slight premium price for produce.”

In addition, to their beef and sheep enterprise- which they operate organically – the family supply Flahavan’s with organic oats to make their organic porridge.

They harvest 10-acres of organic oats annually at 2t/acre.

They grew wholecrop and other crops in previous years and decided to trial organic oats when beef prices changed.

“There was a market for organic oats when cattle prices were poor a few years ago. I tried it, and it is working well.”

“I would be getting it at €400/t for organic oats. It is highly profitable.”

“It also helps bring rotation into the farm that you can use farmyard manure. You can also rotate some of the land.”

“I would do more organic oats if I had land more suitable. However, it is a high-risk and chancy crop to try to grow between weather and getting it harvested,” the certified organic farmer added.

The Currans graze their sheep with cattle and find it “works well”.

They have a rotational grazing system that gives livestock a four-week break to “give clover a rest – to get it re-established to reach its full potential”.

“The system for grassland management is grass clover mixed with grass, white clover mixed, and then slurry and farmyard manure is our fertiliser. The clover supplies the nitrogen.” 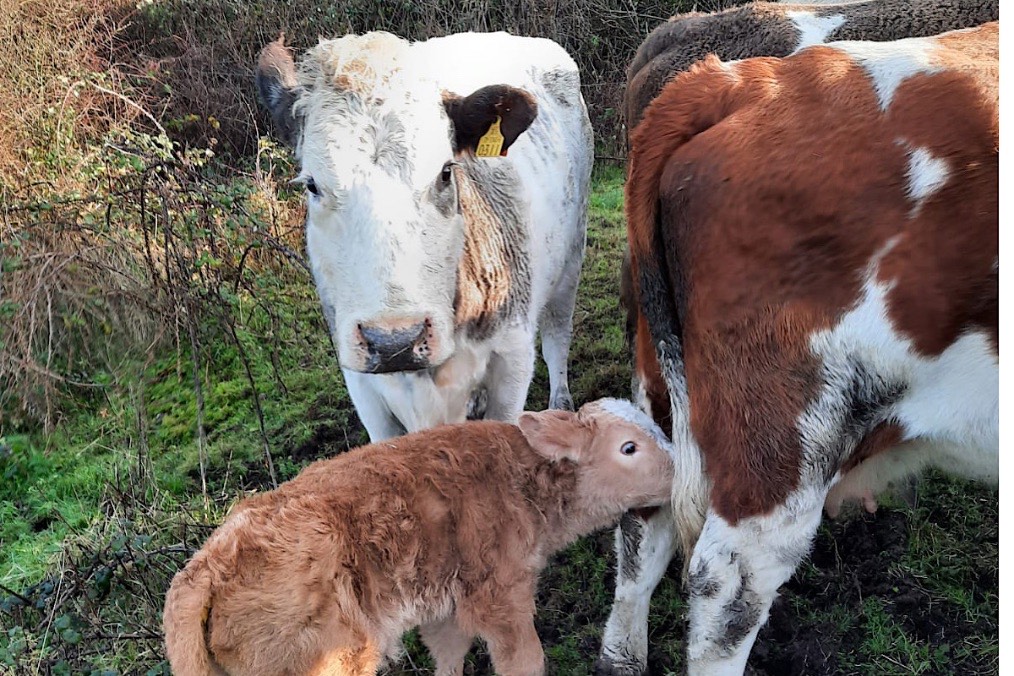 Plans, organics, and the future of suckler farming

The family plans to scale back suckler cow numbers – due to the availability of land and grass on their fragmented farm.

The Meath family encouraged farmers to go down the organic farming route and said it is “definitely worth a look at”.

The family said it has serious environmental benefits as you are not using chemical fertilisers or sprays.

According to them, it has a “huge” impact on water, quality, biodiversity, climate change, and carbon emissions.

“I definitely see organic farming as an alternative viable business model. There should be good opportunities for anyone who wants to expand their herd or maybe stay at full-time farming to make it viable.”

“I think it is a very viable alternative. It is an option, and it is probably a good option for some people. There will be opportunities in organic farming for someone who wants to keep the farm viable as a full-time farm.” 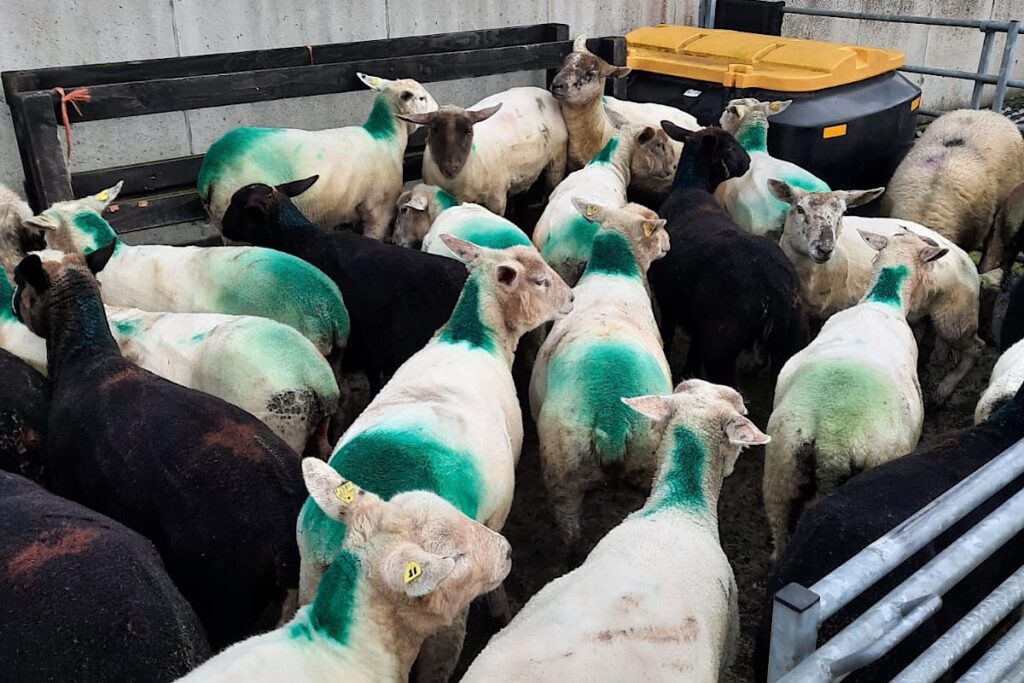 Commenting on the future of suckler farming, they said:

“There is a future for suckler farming in Ireland, but it is only for part-time farmers. In my view, it is not a viable enterprise full-time.”

“It suits great for part-time farming for someone who does not have enough land or does not have the time or just wants to have the security of off-farm income.”

“In my opinion, suckler farming has a role, but it is not going to rear too many families on its own,” the suckler farmer concluded.