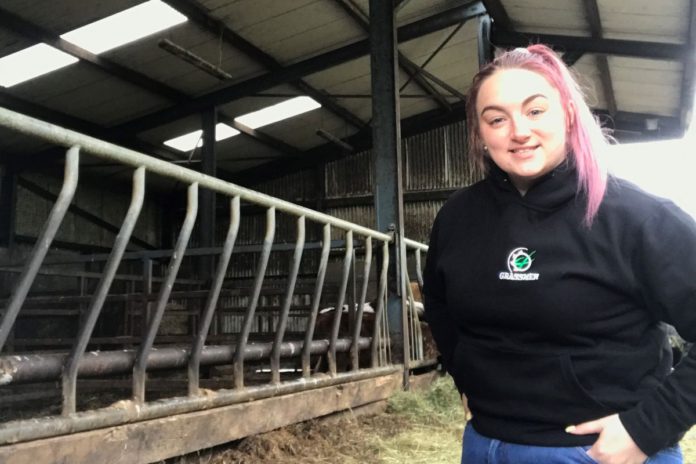 In this week’s Women in Ag segment, That’s Farming, speaks to Chloe Wilson, a full-time security guard, All-Ireland line dancer and farmer from Cavan. She took responsibility for her family farm at the age of fourteen due to her father’s ill health.

Chloe Wilson’s father’s inability to run their family farm due to illness has resulted in the 23-year-old taking a more prominent role in running the 80-acre operation.

The Bailieborough Co Cavan native, an All-Ireland line dancer and full-time security guard, was just 14 when she moved to fill her father’s shoes.

“My father, Freddie, ran the farm for years until he took sick in October 2012. This led to him being admitted to hospital a lot,” she told That’s Farming.

“Every time dad was admitted, he would be in for weeks on end, with the longest hospital stay being 18 months.”

“His condition is an ongoing and undiagnosed, nine years on. So back in 2012 was when I got into farming when I was 14.”

Her mother, Tracey, was taking care of six children at the time. So, after school, Chloe would oversee operations, tending to their flock and herd before completing her homework.

“I am the second oldest and, at the time, was the only one that was interested and able to farm on my own. My sisters were not really into farming at the time. My brother, Aaron, was only 8-years-old when my dad took sick.”

“He was too young to take on the responsibility of the farm, but it did not stop him in telling me how to do things,” she laughed. 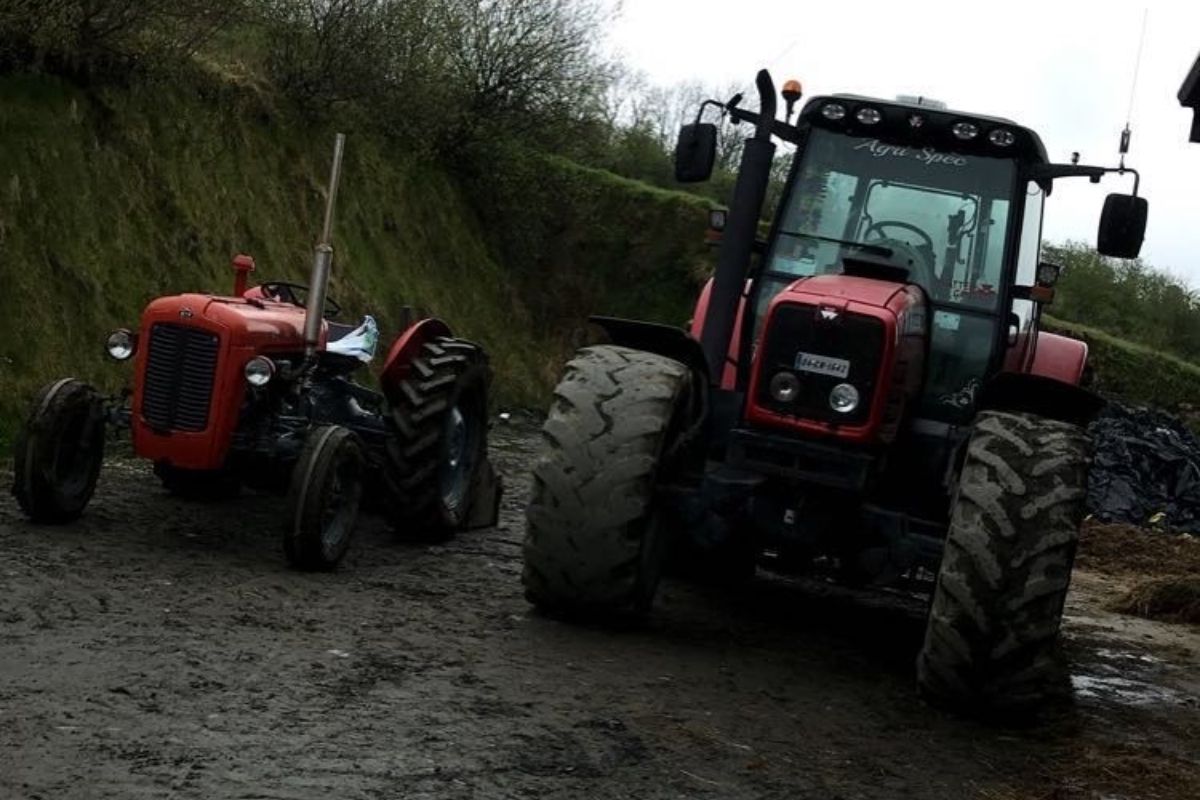 Wilson resides on her family farm, which comprises 70 cattle and 15 sheep, just outside Bailieborough town.

The family runs a Blonde d’Aquitaine bull with a herd of Hereford-cross, Charolais-cross and Belgian Blue-cross breeding females. In addition, they also purchase Friesian suck calves every year.

Besides, Aaron (17) has 3 Dexter heifers and his own flock of sheep. “Now that we are all older, we all share the farm work.”

“My brothers, Aaron and Duane (12), take on a lot of the work, especially now that it is summer and there is no school.”

“My mother, Tracey, my sisters, Megan (20) and Tanya (14), and I will do the jobs like checking the cattle in the field, checking fences and bedding sheds.”

“Aaron and Duane will do the other jobs like pushing in bales and giving meal to the animals. Aaron, mam, my uncle, Glenn, my granda, Eric, and I will do the jobs like dosing or dehorning animals. We bale our own silage, and we got hay this year.”

According to the young farmer, calving season is “almost like a family event”. Chloe, her mother, brother Aaron, and uncle Glenn, assist with deliveries during the season. “Everyone else is there to hand in the ropes or the jack or some water,” she added. 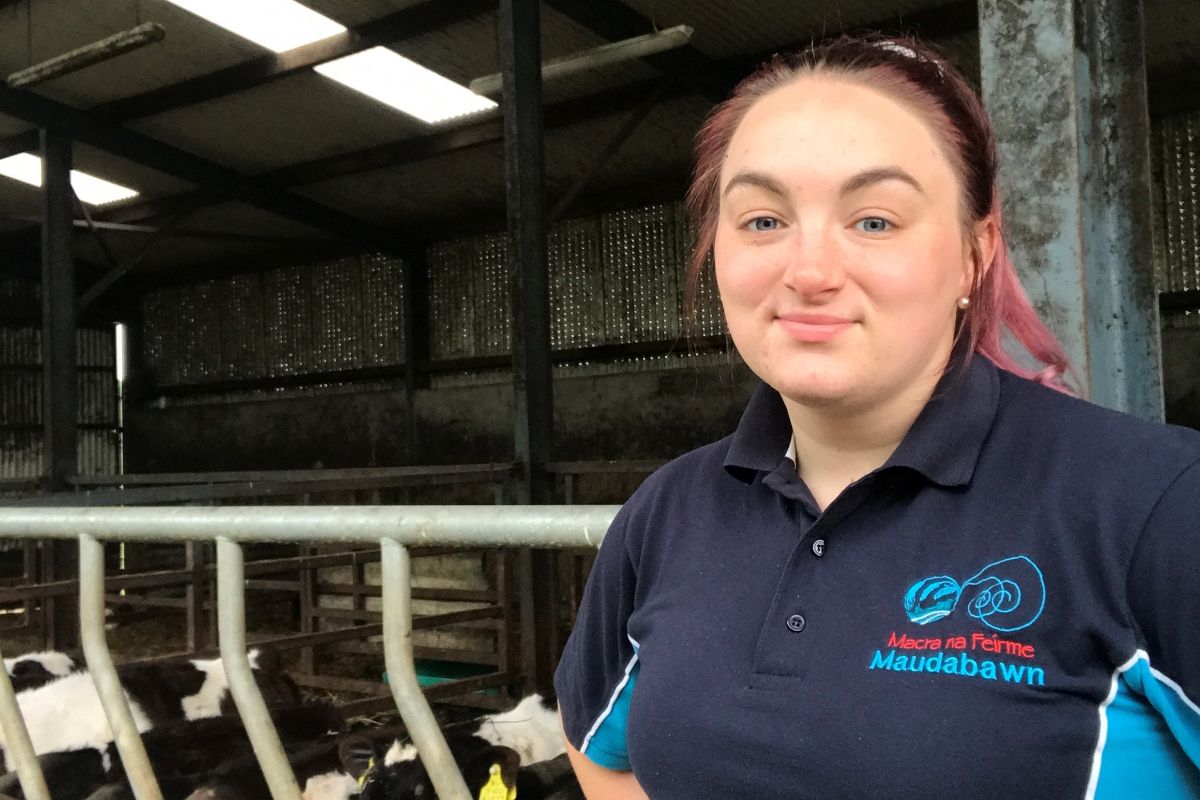 “I work full-time as a retail security guard in my local supermarket. With it being full-time, I work late at night, which works out well sometimes. When I come home late, I can go on up to the shed and check a heifer to see if she is going to calve.”

“This year, I missed most of the calves because they arrived when I was working, which I was so annoyed about. Both security and farming would be considered men’s jobs, but I always liked to do my own thing.”

“Farming is a family effort. Both my mother and father came from farming backgrounds. Both families have been farming for more generations than I could count. Farming has been in my blood from day one.”

“The most enjoyable part of farming for me is when we calve all the heifers and cows and watch the calves grow up. It is just an amazing experience every year.”

“Like everything else, you will have bad days with sick animals or them breaking out, but there is nothing like it when it goes well.”

According to Wilson, the most challenging part of farming is ill-health in livestock or mortality.

“You try your hardest and do all you can to help the animal, sit up at night, but you could just lose them.”

“There is a reason why you should not get attached to animals, but it is hard not to,” added the Maudabawn Macra na Feirme member.

“The area I would be most passionate about in agriculture would be rearing livestock. It is just such a rewarding part of farming.

“My responsibilities would depend on the day. Today I could be feeding the cattle in the shed. Tomorrow, I could be dosing them with Aaron. I am the one that deals with everything online registering calves and ordering tags.” 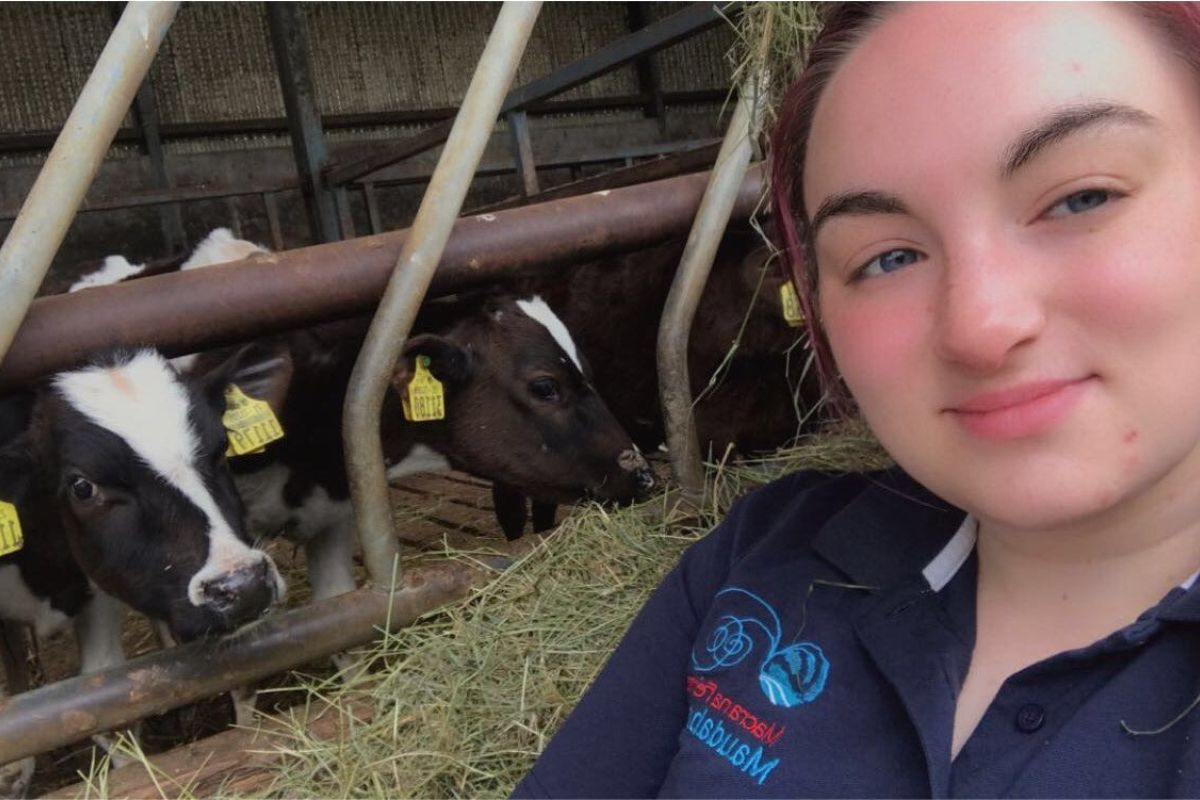 To a certain extent, Chloe believes that women in farming are not treated the same as their male counterparts in the sector.

“Some people would consider farming as a man’s job. So, when they come across a woman farming, some may think it is an odd profession for a woman,” the Cavan farmer said.

“I think that a lot of the time, some will just presume that a woman would not know what they are talking about when it comes to farming.”

“Therefore, in cases such as that, a woman would not be treated the same, even though she could know just as much about the subject or even more than the man would know.”

“When my mam and I took over the farm, I did not know of any other woman that ran a farm. In the last few years, I have met so many women that do just as good of a job as any man would.”

“Women should consider a career in farming. Even though it is a tough career that takes up practically all of your time, it is the complete opposite of your 9-5 job. You are working outside practically all the time, not stuck inside.”

“You cannot just decide today to go out and farm and then not bother the next day. It is a 24/7 commitment.”

“I would love to travel to New Zealand in a few years to work in the agricultural sector. Besides, I think the future of agriculture seems to be leaning towards more technology in the yard instead of manpower.”

“I think it would make things easier in one way. However, I feel it would result in more money for repairing technology when it breaks down. It will take away from the true experience of farming,” she concluded.

- Advertisement -
Previous article‘2,000-2,500 gallons of cattle slurry will replace most of the P and K coming out in first-cut silage’
Next articleBullocks to €2,330 at Dowra Mart