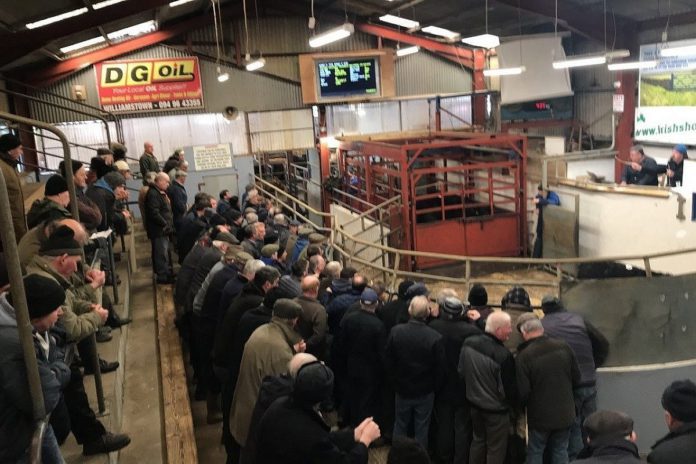 According to Brendan Egan, over 600 animals came under the hammer at Castlerea Mart on Thursday, December 8th, 2022.

The mart manager reported that as the mart enters the final week of trading, trade “was on a very high note with exceptional demand” for all classes of stock presented.

“The weanling rings saw increased export activity with also strong farmer buying with bulls making over €4.00/kg, while one local farmer achieved €4.40/kg for his twin Limousin weanling heifers or €1100.”

The dry cow trade saw lots top out at €2,550 with an “excellent” clearance taking place.

Young calves went under the hammer from €15 to €230, while runners ring witnessed “excellent” farmer demand with prices to €1080.

According to Egan, just under 200 bullocks passed through the ring, with a “similar tone to trade as the previous week”.

“Quality stores were in excellent demand and heavier lots made up to €2060,” he remarked.