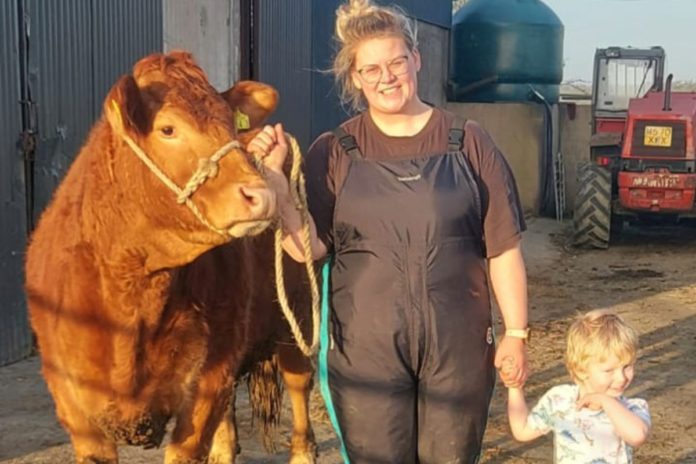 In this week’s Women in Ag segment, That’s Farming speaks to Louise Clarke of Carrowmannon Limousins.

She runs a sheep and suckler enterprise in partnership with her mother, Anna, with additional help at the weekend from her father, James, partner, Timmy, and her two children, Caleb (3) and Isla (1).

Her family farm, comprising 70-acres of grazing and silage ground, lies in the townland of Carrowmannon, between the villages of Belleeks and Whitecross.

“My earliest memories of farming were attending the livestock sales with my mum to buy drop calves and to sell cattle and sheep.” 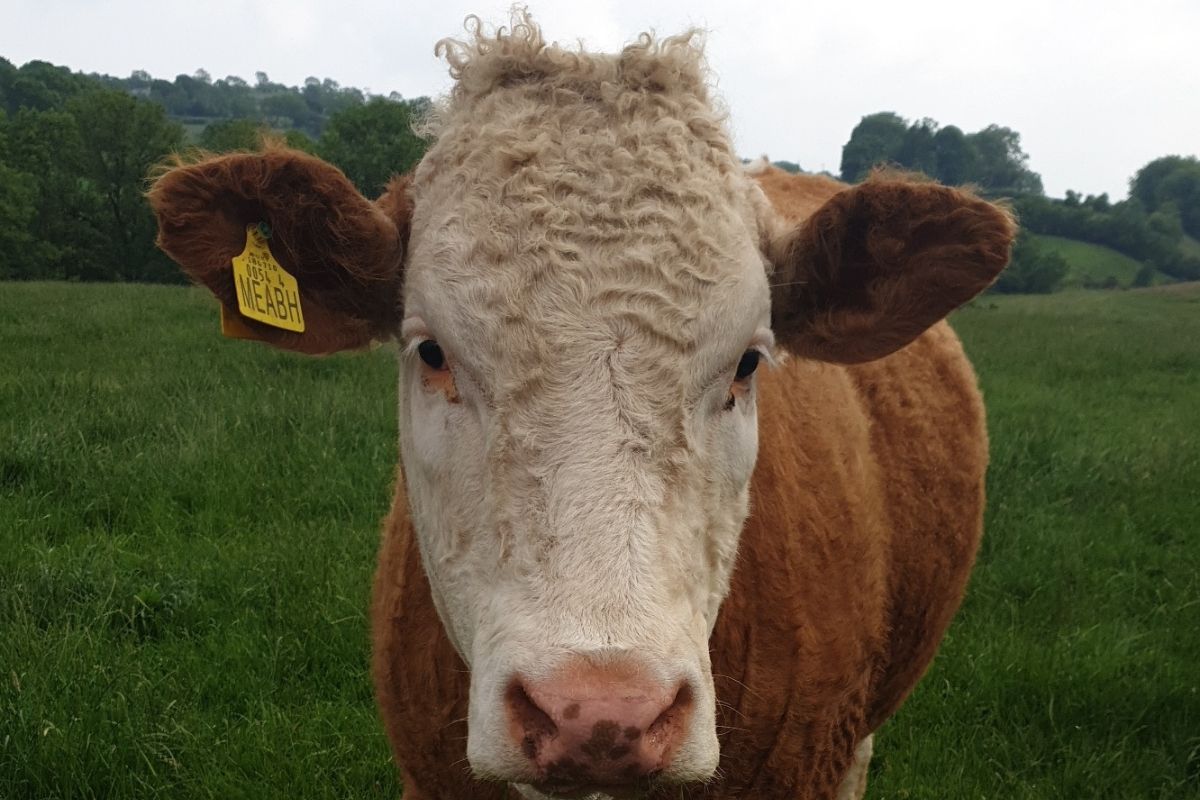 The farm consists of thirty suckler cows, a mixture of Simmental-crosses, Limousin-crosses, and Belgian-Blue-crosses. Calving takes place in two blocks: February/March and then in June/July again.

Most of their commercial cows run with a stock bull; however, they tend to AI superior females to “some of the top” Limousin bulls available. They focus on selecting sires with higher beef values and conformation for their more maternal-type females.

They sell all male progeny as weanlings at 7/8-months-old and sell most heifers as weanlings but retain superior types as replacements. To note, they calve these heifers as part of a 24-month-old system, breeding them to easy-calving bull lines with high EBVs for milk, growth, and beef value.

The mother and daughter duo established Carrowmannon Limousins in 2015, based on their experience with the breed in a commercial suckling capacity.

“We liked the conformation the breed gave to calves and the milking ability they added to heifer replacements. Also, we found that the Limousin were also good mothers.”

They sourced their foundation females through James Alexander’s sale in Ballymena in 2015. One of these cows remain in the herd still and is the family’s best breeding female, according to Louise.

They purchased their next females from Messrs Aiken, Carnew Limousins and Michael and Christina Loughran, Millgate Limousins, in 2016.

In May 2021, they acquired a further two heifers from Quinn’s Killydun herd and McFarland’s Rahoney herd. Carrowmannon Limousins contains 10 breeding females at present, with an additional 3 yearling heifers coming on behind from their own breeding and McFarland’s.

Calving takes place throughout the year for pedigrees; all females are AI’d, with bulls selected based on each female individually. Bulls are retained until they are 18-months-old, when they are sold for breeding, while heifers are primarily kept as replacements.

“Unfortunately, we cannot keep them all, so some do find new homes. Heifers calve down on the farm at 36-months-old. Wee calve them at 36 months as we find they have had more time to mature and, in turn, are much better mothers.” 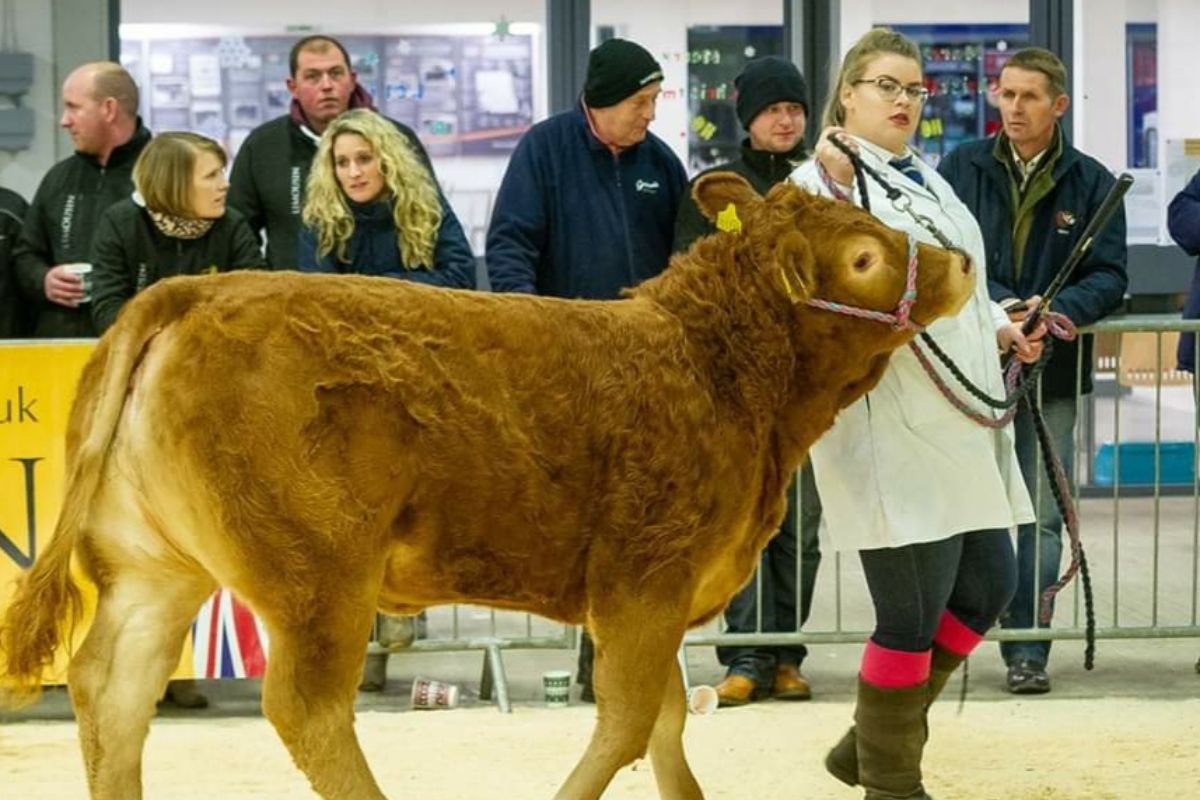 Pre-Covid, Louise enjoyed preparing her cattle for agricultural shows and fondly remembers her debut appearance at Armagh Show, in Gosford, in 2017.

Carnew Lulu, an in-calf heifer, which they purchased from Messrs Aikens the previous year, was tapped out as top of her class. “I was so delighted; I was so new to showing and had not a clue what to expect or how to prepare for the event.”

“Also, I remember the lovely Thelma Gorman giving me tips and advice on how to prepare and what I needed to bring. Shortly after this, I joined the NI Young Limousin Breeders’ and learned stock judging skills, cattle handling and showing skills from the show queen that is Kim Steele-Nicholson.”

“I have competed all over England, Scotland, Wales, Northern Ireland and the Republic of Ireland. I have had some small success throughout the years. Now, I am also the proud current chairperson of the NI Young Limousin Breeders’ here in Northern Ireland, where we have 20 members and counting.” 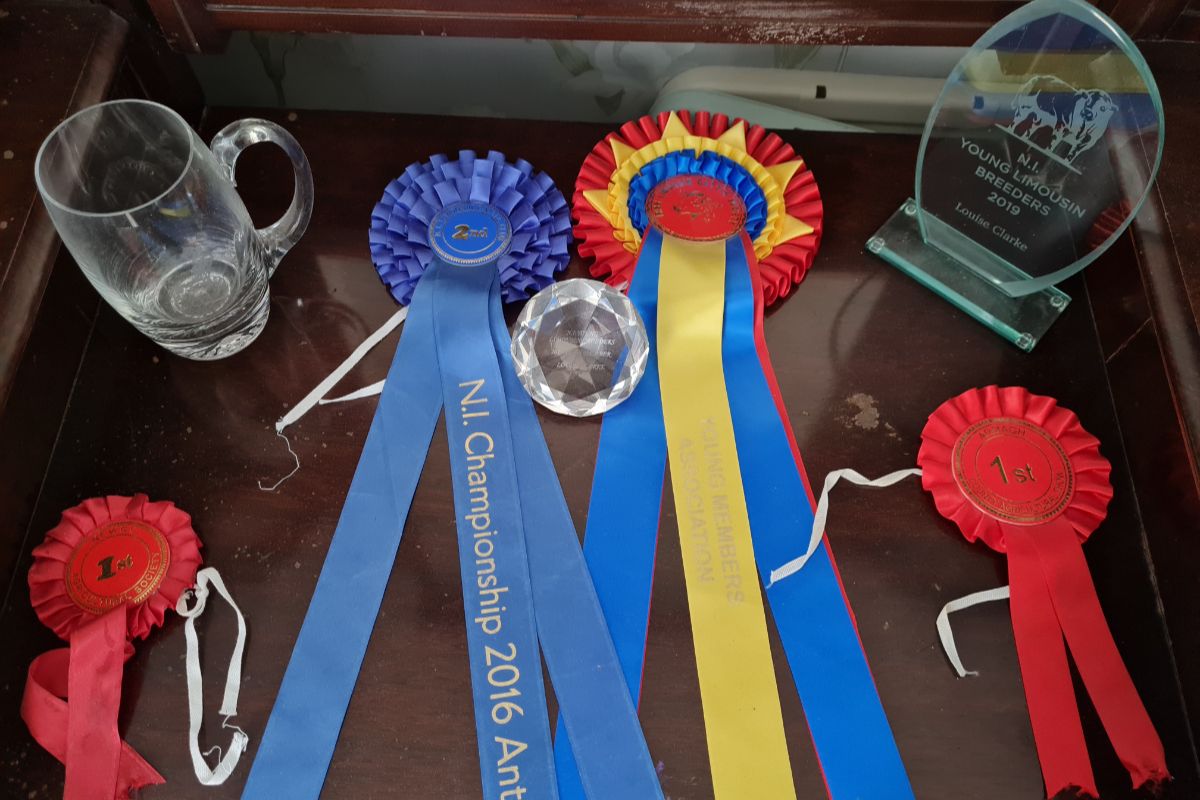 Suckler farming paints part of the picture for the family, who also farm a 40-ewe cross-bred flock. Their ewes are primarily Texel and Suffolk-crosses, which they run with a pedigree Texel tup.

Subsequently, lambing takes place from mid-January for four weeks as part of an indoor system.

“We lamb indoors as we can monitor each ewe individually and step in when needed if something goes wrong. To note, we tend to turn lambs out when they are seven-days-old – weather permitting.”

“All tup lambs born, and most ewe lambs are fattened for slaughter. Each year, I would pick out two or three replacement ewe lambs. I select these from the best ewes I have for lambing ease, milk, conformation as well as fertility, number of lambs produced and weaned by the ewe.”

“Juggling a sheep and cattle enterprise can be a struggle, but the sleepless nights only last for a little while.”

“Lambing and calving, which can sometimes overlap, is hard work. However, it is great when the cattle are all turned out, and the sheep and lambs are enjoying the spring and summer sun.”

Farming and position in a pharmacy

Louise, who graduated from CAFRE in 2017 with a foundation degree in agriculture and rural studies, divides her time between farming and a part-time position in a local pharmacy in the village of Poyntzpass.

“I love working here as there are just the three of us. The craic is always good with my colleagues and customers as it is a farming community there too.”

“I farm the rest of the time. Farming is a great experience with many highs, from seeing your favourite cow calf with a heifer calf to then seeing her have her first calf.”

“I love spring and summer when you can pop down the field to the girls to give them a scratch and have a chat.”

“It does take all your worries away, or maybe I am just mad. The lows of farming can take its toll on even the strongest people; I hate death, I am sure we all do.”

“I hate when you have done everything and exhausted every avenue, but still mother nature pushes against you. However, it is just that… mother nature and she is wonderful most of the time,” 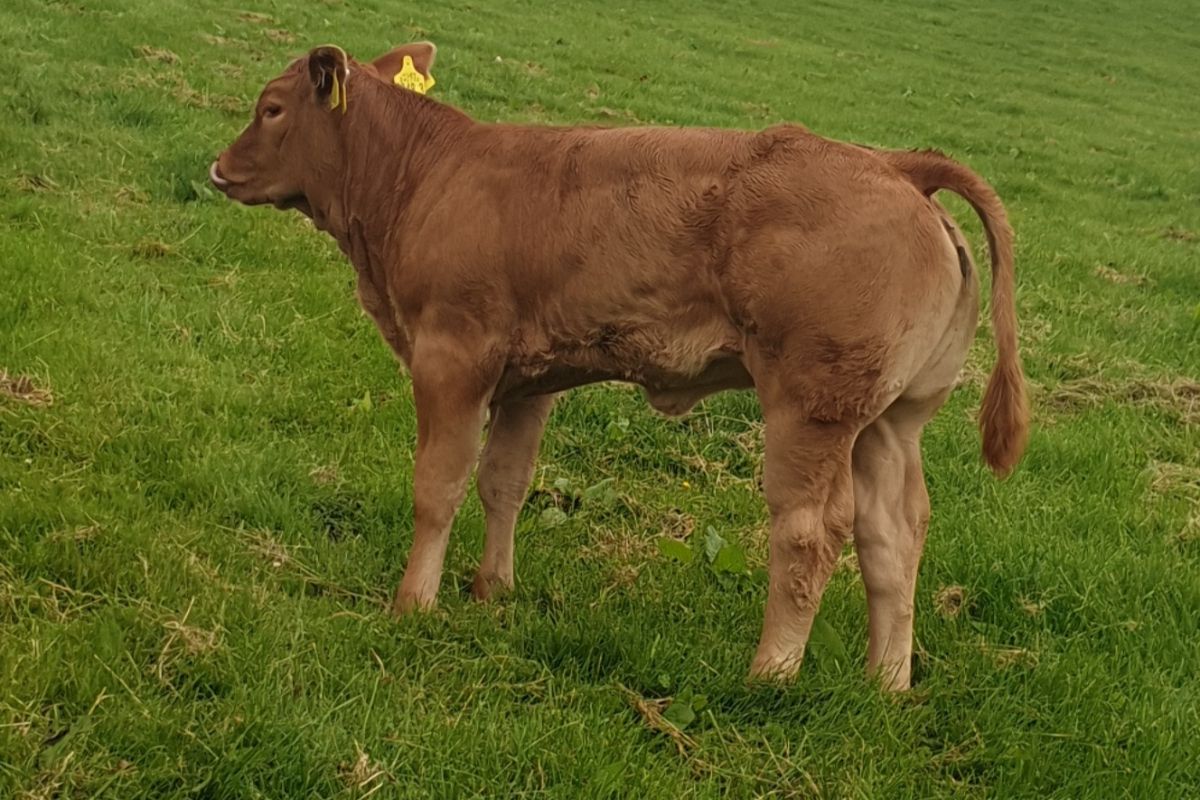 “Women in agriculture are often dominated over by men, but I think that it is on the turn. Men in the industry are starting to realise that we have opinions, advice, and guidance to offer which is of the same level or better than theirs.”

“I have noticed from my time in Greenmount that more girls were studying agriculture, and we were not afraid to get our hands dirty. There are more lady buyers in the marts and definitely more female farm vets, which is amazing to see.”

“Any woman considering a career in agriculture should follow their dreams. It is challenging but, it is, hands down, the most rewarding career. A real bonus is that the cows and sheep do not mind what you turn up to work looking like,”

And it is that very can-do attitude that is the driving force behind Louise’s plans for her farm. She hopes to extend and add another shed for the cows with slatted pens, weaning gates and dry bedded areas.

“I am considering adding another breed of pedigree cattle to the farm for Isla and I. My life as a woman in agriculture is hectic with a lot of laughs and some tears, but I would not have it any other way!” she concluded.