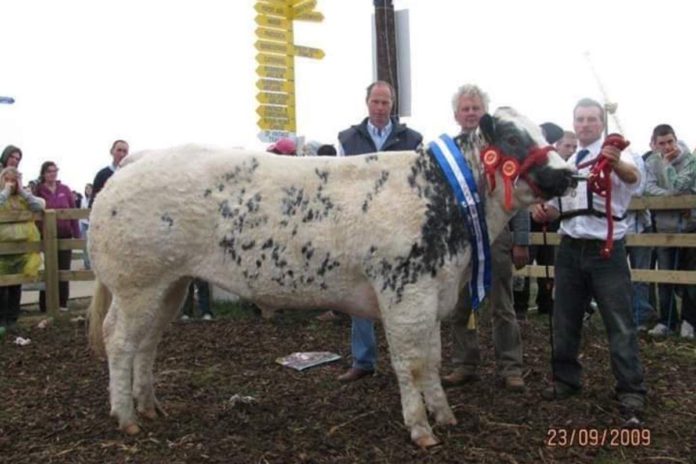 In this week’s Suckler Focus That’s Farming speaks to the Redmonds, farmers from Carlow. They discuss building their herd using English genetics, premiums for E and U grade weanlings, using 30% AI, and calving heifers at 26-30-months.

They farm 15 of these sheep as pedigree animals under the Knockhill Texel prefix.

This female went on to become breeding heifer and overall supreme champion at the 2009 National Ploughing Championships.

“We always had sucklers and sheep. We had 700/800 ewes at one time, but we slipped back and increased suckler cow numbers,” the Redmonds told That’s Farming.

“Firstly, we started with commercial sucklers and began using pedigree Belgian Blue on them.”

“We found we were getting a premium for what we were producing and did not have any trouble calving them.”

“We found them easy enough calved, big strong Limousin-cross Belgian Blue cows, and then we started breeding them.”

“There is always someone looking for E and U grade heifers. We think there is no breed to touch them when it comes to the marts for a valuable weanling.”

Their ideal Belgian Blue female has good legs, size, length, style, and muscle. “If they do not have proper legs, in my opinion, they are no vein to anyone.” 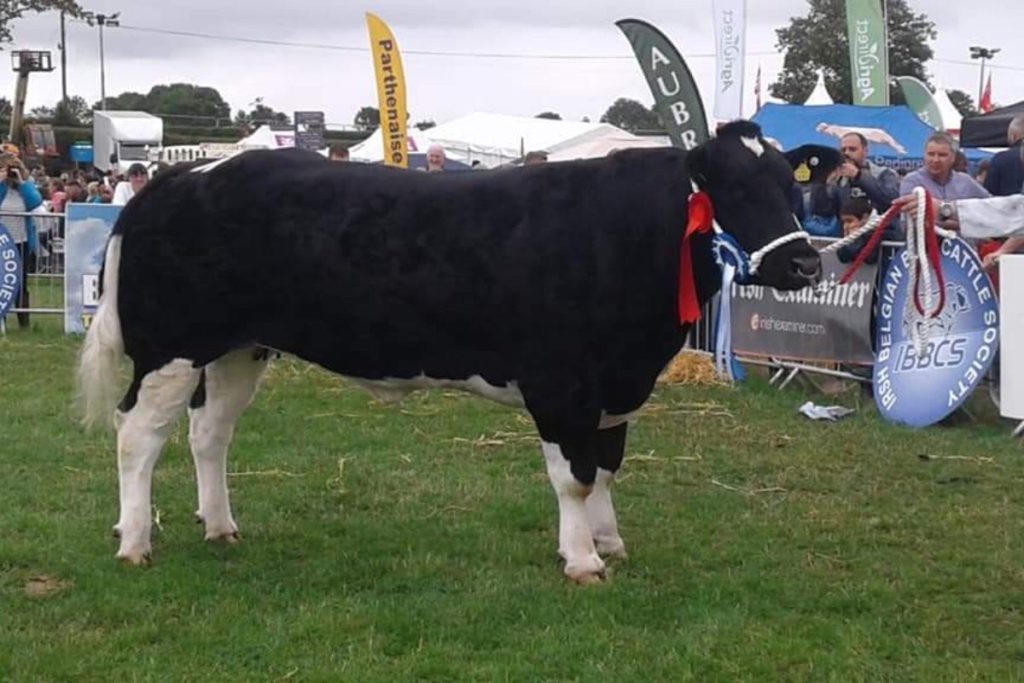 The Redmond family AI 30% of their herd, which gives them variation when choosing sires.

They AI most of their autumn-calving cows in the shed, identifying earlier ones in April, who get one conventional straw and a stock bull mops up.

“We find if you run a stock bull with them in the shed, you have them in-calf quicker than you will with AI. I believe you will lose time AI’ing them.”

“But, I have upped the percentage of AI in my the last two to three years. I AI them myself and have completed the DIY AI course.”

Their sires include a Gitan son (BB) from the Rathlyon herd, an Affute son, and a Limousin stock bull from breeder, William Smith.

“30-40 cows run with our stock bulls. We hope to have them pulled by the end of July/August. I aim to finish calving by the end of March, but they do run into April.”

The father and son team undertake ET work on 3-4 of their “bigger” pedigree cows annually.

One of these is Bluestar Irish Lady, who bred heifers to 13,000 and bulls to 9,000, and is by Nelson Des Peupliers, and her dam is Firmount Connie.

The family is completing IVF treatment on Red Star Isabella, who was reserve champion at Tullamore Show 2018, sired by Langoureux De Fooz.

They shared their view on the genetic pool available to farmers.

“The suckler herd is getting smaller. We are finding there is more AI on Belgian Blues more than actual stock bulls sold.”

“They are not like any other breed; you have to know your business and specialise in them. The same breeders using them the whole time know how to handle them.”

“So, you do not see many new people coming into them because they are not everyone’s cup of tea.”

“In the last three years, demand for Belgian Blue weanlings is strong, and they are topping sales.”

“There are not as many Belgian Blue pedigree herds as there was six to seven years ago. We find there is good demand for a good stock bull.” 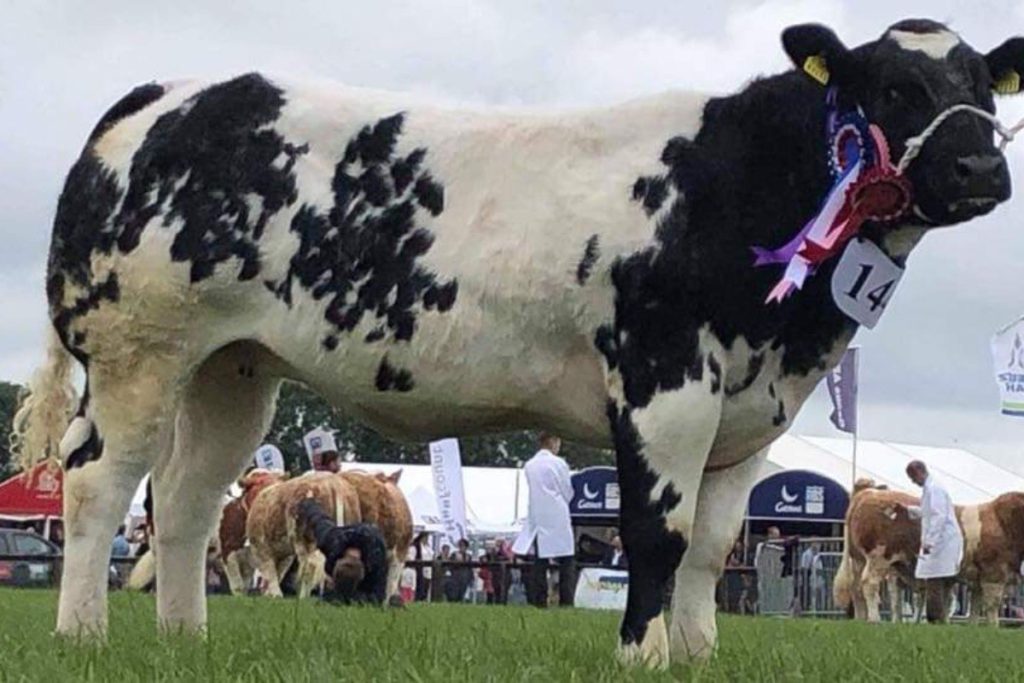 The father and son calve 40 cows in autumn, with the remainder in spring to suit showing pedigree cattle.

The family scan autumn-calving cows in February/March and spring-calving females in July/August.

They outlined cows not performing/holding are culled.

“I would not assist many cows. I complete some jacking, but with 7-8% of them. We keep cows on a straw and silage diet for delivering them muscled calves.”

“You could not leave them on pit silage because cows would be too fat, and you run into calving trouble. We are very strict that way.”

“The autumn cows are inside a month before calving on barley straw and a handful of silage.”

They retain up to five pedigree Belgian Blue heifers to calve at 750-800kg.

“It gives them a little bit of time to grow. We take a flush off them before that. Therefore, they are held up for a few months.”

“We are not mad for calving at 24-months because we believe it stuns livestock growth. So, we like to give them time to grow and mature.”

“There is good demand for breeding stock. You could say down this side of the country, good ones are getting scarce.”

They retain 20 Belgian Blue-cross commercial heifers to calve down at 26-28-months-old.

The father and son sell commercial Limousin-cross-Belgian Blue cull cows to Carnew Mart, securing up to €2,200 at 800-900kg.

They ship the remainder of their pedigree heifers and cull cows to Holland.

“We do not keep a small cow here. We try to keep cows as strong and big as we can, maybe, it is against the run of the grain, but that is what we do.” 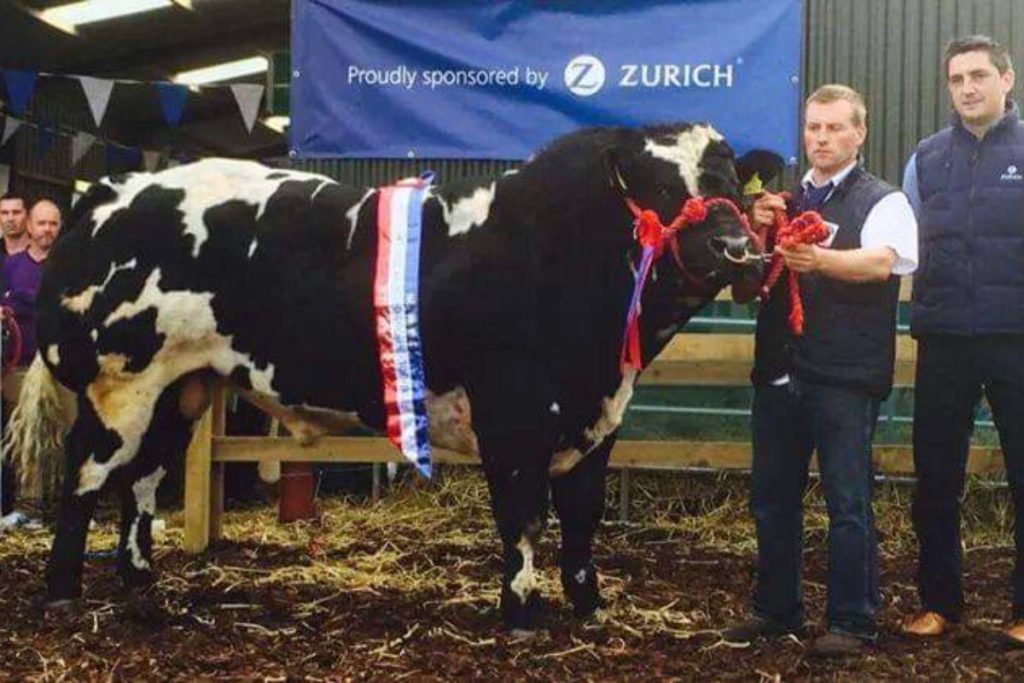 The Redmonds manage grassland by strip grazing 4-5-acre paddocks and checking them regularly.

“It is going to be very important now the way fertiliser prices are gone.”

They enter a bull and heifer in September classes and an older bull/heifer in the breeding heifer/bull classes.

Other key moments include the family achieving £5,000 for Bluestar Iron Mick in the UK, selling Bluestar Lady Gaga for £13,000, £8,000 for an Imperial son to Norbreck Genetics, and selling Bluestar Maverick to Newdowns pedigree herd, England.

Their Knockhill Texel flock in its fourth year also received €8,500 for a ram, Knockhill Engel, and €2,100 for a Knockhill Electric (lamb) at the 2021 Irish Texel Sheep Society premier sale at Blessington Mart.

The family intend to flush some pedigree Belgian Blue females to Limousin to produce show calves using a red-gene carrying bull on some top suckler cows to breed roan heifers.

Their intention for the enterprise is to reduce suckler cow numbers by 20 and increase by a further 100 ewes.

“The cost is low in sheep farming. We are finding the last two years, there is a good demand for sheep; we are hoping it will stay that way.”

“To note, we always have been sheep farming, so we are well used to it and set up for it. We thought about a low-cost system. The outlook might be a little better for sheep.” 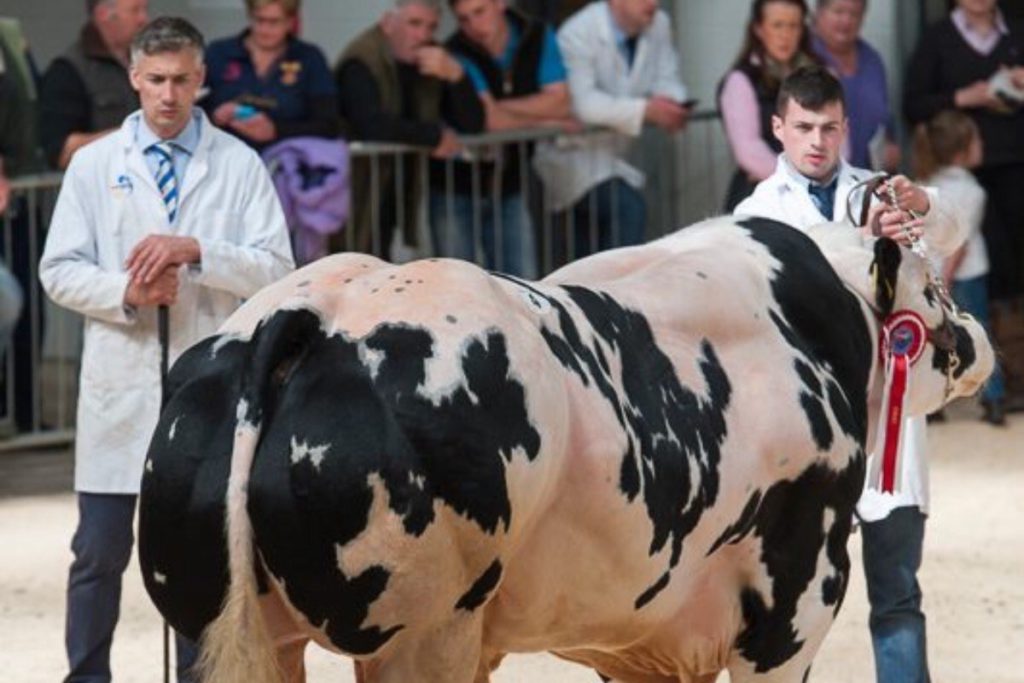 They shared their view on the future of Irish suckler farming.

“I honestly do not think there will be that much suckler farming in the south-east of Ireland, more so in the west in time to come.”

“I genuinely think dairying is going to take over the south-east of Ireland.”

“That is what we feel is going to happen, but whether markets stay good for that quality calf in the future, we do not know because there is going to be a lot less of them around.”

“There will be fewer suckler cows over here, and that is for sure.”

“It depends on a lot of things over the next few years; we would hope everything stays going. Everything is banging up against us at the minute.”

The family shared their opinion on the discussion around reducing the national herd.

“Something is going to come, and we are going to have to cut back on a few numbers. We are not disputing that it will not happen.”

“We have to do what we do; there is no point putting our heads in the sand; you have to think positive.”

“I hope there will be no cuts to the national herd. Yes, there will be changes. However, we all need to do our bit for the environment for whatever comes,” the Carlow suckler farmers concluded.