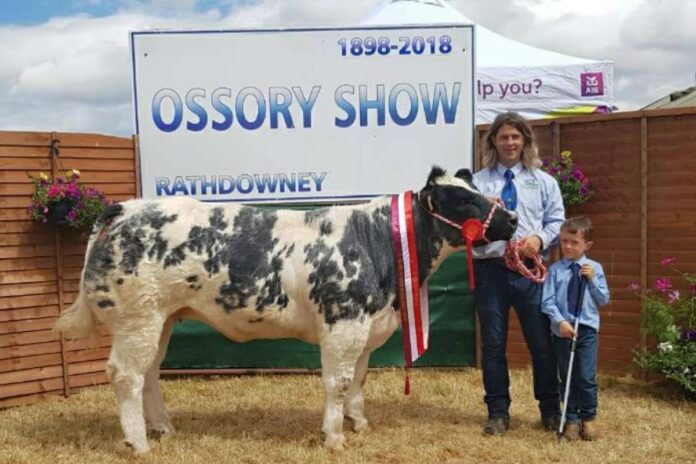 He established his pedigree herd, Docs Blues, ten years ago by purchasing a heifer, Rathlyon Emer, from breeder, Myles McDermott.

He and his sister, Elaine, acquired Ballysimon Quake from Anthony O’Connor in Wexford during the 2000s.

“We always had commercial cattle that we showed with my father, Michael, brother, Michael and my sister. So, we had a good line of commercial cows, and then we went into the pedigree cows,” Thomas Doherty, a 2001 UL mechanical engineering graduate, told That’s Farming.

“My father had a dairy herd before that. He milked 25-30 cows, British Friesian-cross Holstein Friesian cows and 10-15 sucklers which my brother now farms.”

“We moved away from breeding pedigree cattle for a while, and then I got back into them when I rented some land in 2012.”

“I have worked in the construction sector since I finished college. However, in the last few years, I have been farming on my own,” added Thomas, who works as a project manager with mac-group and has been an employee for three-and-a-half years.

He has made other notable female purchases, including Tanat Jemma in 2016, the Royal Highland Show junior female champion that year, and Doon Katie, a young heifer calf from Declan Griffin in Doonbeg.

“Doon Katie went on to win an all-Ireland heifer breeding class in 2018 at Ossory Show and the breeding heifer class two weeks later at Tullamore Show.”

Thomas did not buy any females in recent years but has retained Doc’s Ingrid and Docs Nemer from Rathlyon Emer, his foundation female.

Thomas’s ideal Belgian Blue-cross cow is 800kg, which he can breed to an easy-calving Belgian Blue sire, with a good frame, a reasonable amount of muscle and shape, and an ability to produce E and U grade progeny.

“I know Belgian Blues have not had a great reputation, but I find them easy calving on my commercial cows.”

“They calf away on their own, with smaller calves at birth and some cow management. Breeding advances over the years have helped.”

“They calf, and they are lively to and get up and suck the cow straight and are also docile to manage when you are not around the farm the whole time.”

“I always liked Belgian Blues from the very start when I began showing with my father in 1993/1995 to the 2000s when we showed the commercial herd.”

“There is not a huge amount of them around. They have always done well for me.” 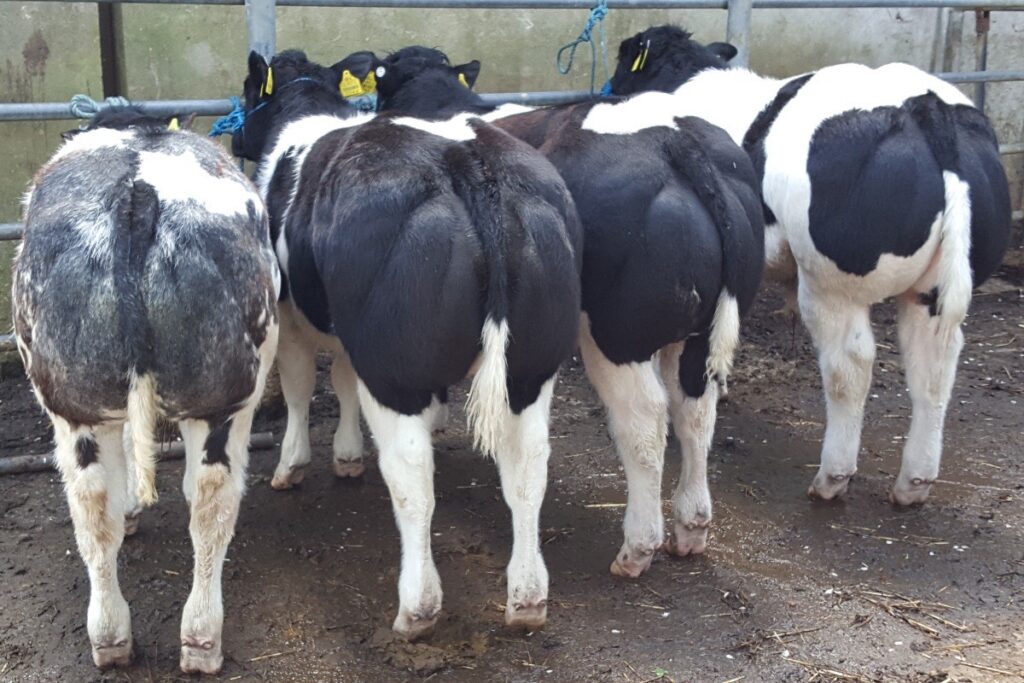 Thomas uses two rounds of AI on most pedigree cows and a mixture of AI and his Belgian Blue stock bulls going for breeding on commercial cows.

“I let my own bulls serve cows, and it proves that they are fit for breeding and fertile. I usually try and use them on two to three cows before they go for sale.”

He commented: “A lot of the time now, people seem to be using older bulls. They do not seem to be as plentiful as they used to be for the pedigree lines.”

“I have tried to use some newer sires from the UK, such as Bedgebury Kent, over the last year or two. I am happy enough what he is turning out.”

According to Thomas, he has a 70% success rate for ET work, and Richard Duff in Laois completes the procedure.

Thomas sells Hereford cows when the calf is reared and completes the process again with a new batch of Hereford heifers.

His most notable animal to flush is Rathlyon Emer. She has given between 25-30 animals so far. Tanat Jemma produced a heifer, Docs Margaret, that made €6,000 with a Limousin calf at foot at a suckler sale in Elphin Mart in 2021.

He calves his pedigree heifers from September to October to sell bulls at a suitable age and have progeny available for agricultural shows.

He calves his commercial cows calving from the end of January/beginning of February.

According to Thomas, commercial cows require very little assistance with up to 5-6 C-sections performed on pedigree cows. He uses a calving camera from Flynn’s Electrical to assist with calving season.

The herd’s calving interval is 365 days for commercial cows, with this figure varying for pedigree cows – due to ET work.

“I buy in in-calf heifers from high-end sales. We usually calf them at three-years-old.”

“We try to have pedigree Blues calving at three-and-a-half-years-old. If I can get them calved in 3-6 weeks with me working off-farm, it helps.”

“You get that naturally with ET work as they are implanted on the one day, so I take some of my holidays around the times the ET calves are coming on the ground.” 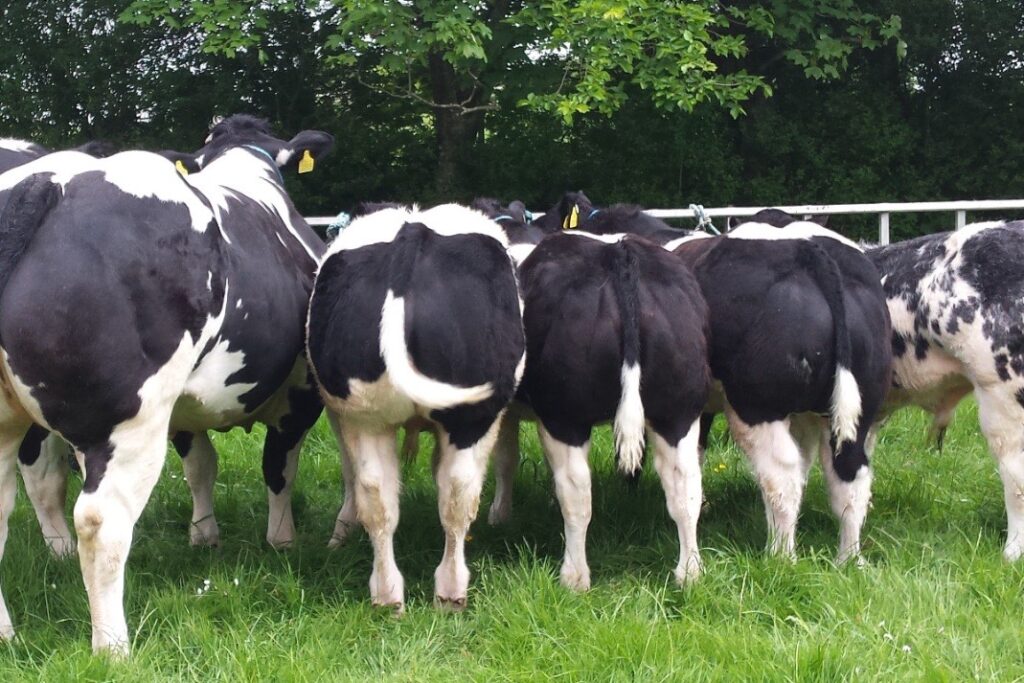 Thomas sells all his commercial cattle at the autumn show and sale in Ennis Mart and buys in replacements from high-end in-calf heifer sales.

“I try not to keep on my own heifers. It is easier to replace by buying with the few I have. It is not a huge amount of replacements that I need.”

He maintains a 4-cow pedigree herd and sells his pedigree Belgian Blue bulls at two-and-a-half-year on-farm in March, April and May.

“There is a good demand for Belgian Blue bulls. Last year, I sold all of what I had, including some younger bulls that I had not planned to sell. However, demand was good for them.”

“I sold one two-and-a-half-year-old Maserati Van De Vloeikenshoeve-sired bull. He went to a commercial breeder in Cork for €4,000. I sold two 18-month-old bulls to a suckler herd in Longford and another in Roscommon.”

Thomas culls his cows based on age (when they reach 9-10-years of age) or for fertility-related issues.

Thomas manages his grass using a paddock system and aims to keep “good quality” grass in front of his cows.

“We keep fertiliser spread as economically as possible using slurry to the maximum advantage. We try to try to get that spread in early spring on some of the grazing and silage ground.”

Thomas believes that starting with good foundation cows with good feet, good temperament, good fertility, good conformation and building a name for yourself are key to success in pedigree breeding. 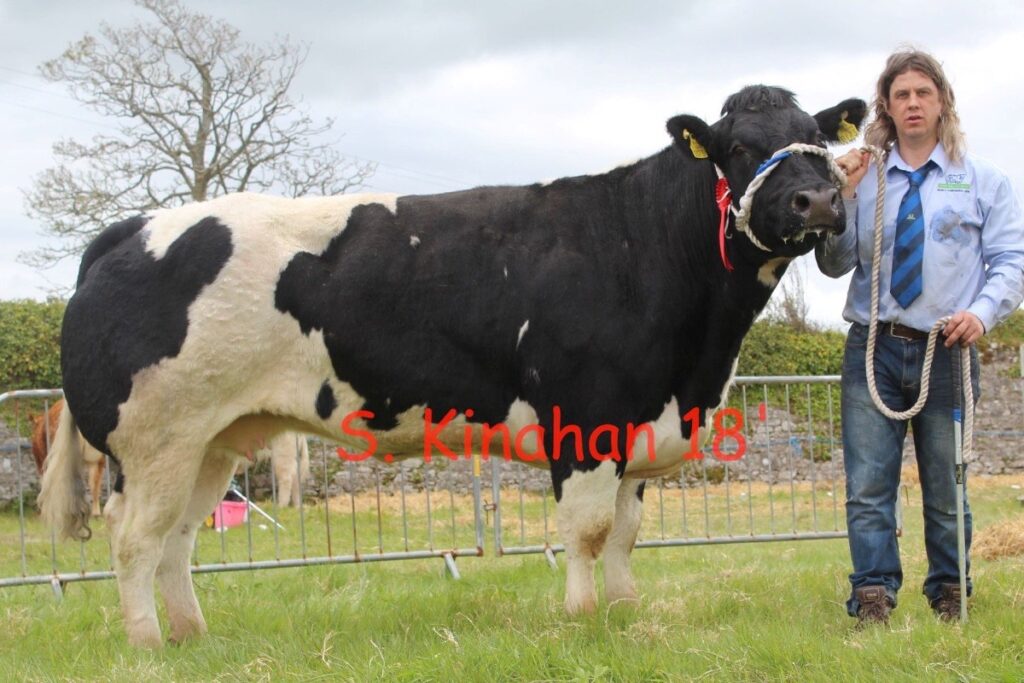 Farm plans and his outlook for Irish suckler farming

He intends to maintain his pedigree herd and complement this with his high-end commercial females to maximise profitability with rising input costs.

Over the next year, he plans to complete land repayments, complete drainage works and continue reseeding grassland as cash flow permits.

“Suckler farming is getting very tough. However, prices over the last year-and-a-half to two years have been great. Farmers have been getting paid for what they are producing.”

“However, it is getting eroded at the moment with increased costs on fertiliser, meal, electricity and diesel. It is hard to see where it is going now, and with a new CAP deal, the outcome of which we have yet to see.”

“A lot of people are getting out of suckler farming and going into dairying, which has been a very popular route over the last number of years.”

“But hopefully, the suckler herd can survive and produce the well-reputed meat that we can produce here in Ireland on a grass-fed basis,” the suckler farmer concluded.