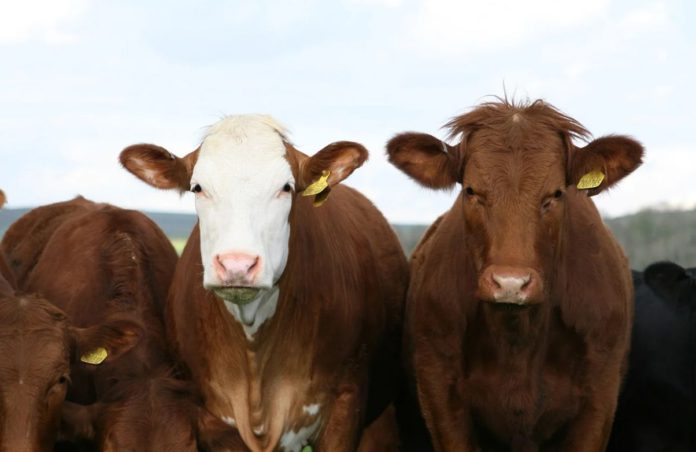 According to the ICMSA, an estimated 70c/kg gap has emerged between beef prices in northern and southern Ireland.

He estimates the difference amounting to €250 to €300/head for the ‘northern’ equivalent of “our R3 steers in northern and UK factory prices”.

“We drew attention to this gulf in price earlier this year, but it’s still there, and we’re now seeing it in marts close to the border versus further south. We are seeing Angus-bred cattle making €2.50 to €260 per kg LW in the marts”, said Mr Morrison.

“What’s infuriating is seeing factory buyers willing to compete with northern buyers at the marts and pay above the cost of production, but dropping those prices when farmers bring cattle directly to the factory for slaughter.”

“Why not give the money directly to the farmers? If the factory buyers are willing to pay €4.50 – €4.90/Kg DW at the marts, then we’re looking at approximately €200 per head, as well as QA bonus on top of that.”

“I can’t understand why the factories can’t give those prices to farmers if they’re prepared to pay them competing with the buyers in marts?”
He said the net result is that in what is considered to be a “reasonably good time” for beef prices, Ireland is still below the costs of production.

According to the Livestock and Meat Commission, the deadweight cattle quotes in Northern Ireland has “steadily improved” over the past few weeks.

“The trade for good quality O+3 cows remained steady this week with base quotes ranging from 265-290p/kg.”