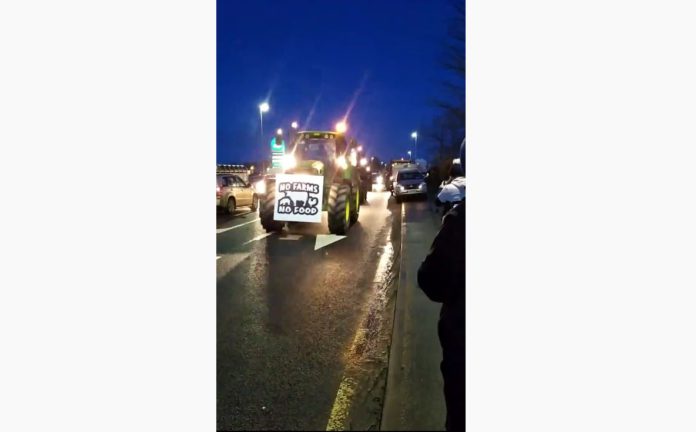 ‘Beef farmers contemplating on returning to the streets of our capital’

The IBLA urges all Beef Market Taskforce stakeholders to “return to the table and give Ireland’s beef farmers a voice”.

The farm group has urged stakeholders to “show courage” and allow meetings the DAFM to conduct meetings in a “public and transparent” forum.

In a statement, a spokesperson for the IBLA said:

“The IBLA notes that, as expected, the beef processors have taken full advantage of the fact, that the Minister for Agriculture has allowed the Beef Market Taskforce to be suspended.”

“They have refused to pass on any of the considerable price increases that are available to them in our biggest market in the UK. The price differential is in the region of 70c/kg.”

“Also,, on top of this, the fifth-quarter is reportedly to be worth in the region of €200/head.”

As a result, the group has called for the “immediate” establishment of an independent meat regulator’ office.

Office with powers and potential protest

They believe the office should be “properly resourced” and armed with “full legislative powers” to investigate the Irish meat industry.

“Furthermore, as we have seen from the banking crisis, self-regulation of corporate Ireland does not work,” the group stressed.

“Also, it is a poor reflection on the farm organisations that supported the wind-down of Beef Market Taskforce, that we again see on social media that beef farmers are contemplating on returning to the streets of our capital.”

Other articles from IBLA:

- Advertisement -
Previous article
‘Being a young woman in marts, heads turn the odd time’
Next article
How Ireland’s first female vet ‘paved the way for those who would follow her’