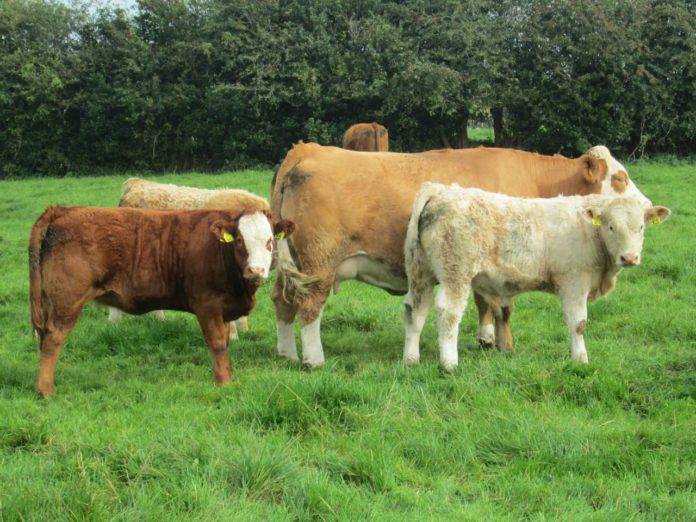 At the event in the Shearwater Hotel in Ballinasloe last Tuesday (December 13th, 2022), Dr. Meunier explained that TVIs, as part of a veterinary inspection on the slaughter line, search for liver fluke, liver abscesses, and pneumonia.

During her presentation, she first discussed liver fluke, which is “a very widespread parasite in Ireland, which its intermediate snail host needs wet ground for its life cycle”.

She commented: “Areas in the north-west of Ireland are most likely to have liver fluke. A large proportion of herds are impacted that actually have signs of liver fluke at slaughter, and that tends to be most of our beef-suckler systems and sheep areas.”

“As those immature liver flukes migrate through the liver, they cause a lot of damage. It can result in poor thrive for the animals, something that you can see in them.”

“It can result in acute death with a very high percentage of liver fluke, and in sheep, that is particularly a problem; you will just have sheep that die of anaemia.”

“However, with cattle, it is seen more as a chronic condition, and you might not see anything at all. Previous studies in Ireland have shown decreased weights at slaughter, and others have shown a decrease in fertility and condition, for example.”

Since AHI has, with its programme partners, begun gathering information since 2016, data shows liver fluke damage (chronic damage to the liver, but not necessarily seeing parasites), in 5.1% of young animals, on average, at slaughter.

Some 1.2% of young animals, on average, have shown active liver fluke.

The data she presented does not contain figures from 2018, as the bodies were “unable to capture data during this time”.

“However, there was a drought in Ireland during the summer of 2018. Liver fluke has not quite recovered since that time. The levels dropped after that summer, and they have remained fairly low. There could be a number of reasons for that.”

Then, she moved on to liver abscesses, the second condition that TVIs search for on the slaughter line.

Dr Meunier explained that “it is actually unrelated to the liver fluke itself”. “This is more related to ruminal acidosis, which usually relates to feeding a high-energy ration.”

“So when finishing animals, usually what happens is you might quickly change to a concentrate feed with low roughage.”

“If the rumen is not given time to adapt, you get an acidosis, an overgrowth of the wrong type of bacteria. You get liver abscesses or laminitis impacting the hooves and some lameness.”

“That can be associated with reduced weight gain and feed efficiencies that have been shown in previous studies as well.”

She pointed to data collected since 2016, which shows that 3.5% of young stock slaughtered have liver abscesses.

She then discussed the third and final condition, pneumonia, which is inflammation of the lungs – respiratory disease – commonly seen in calves.

She explained that it is a “very complex” disease in that it has multiple causes, such as bacteria, viruses, and lungworm and can combine with environmental stresses, such as poor ventilation or for young stock, around weaning, transport or housing.

Dr Meunier outlined: “There could be a chronic side of this disease, and then it is also associated with lower carcass weight and decreased growth performance.”

Based on data AHI and its partners have gathered, 1.6% of young stock presented for slaughter showed with pneumonia, and levels have “remained steady with no decrease”.