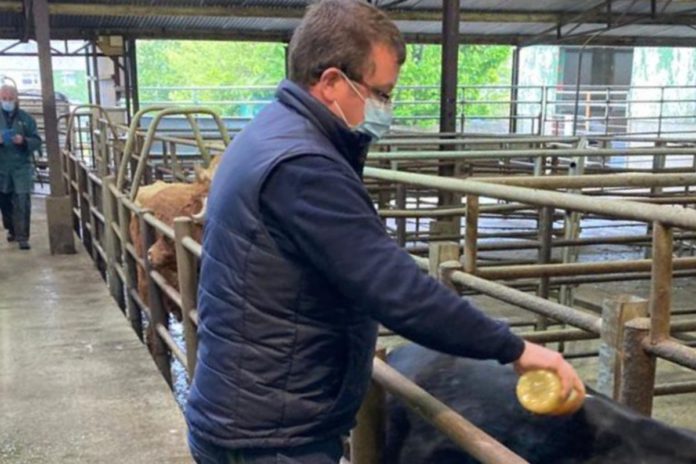 ‘Sligo needs a mart, and the people of Ballymote need a mart’

“I know the marts well, and I would know cattle fairly well. I worked with Aurivo as the store manager in Aurivo [Homeland Agri] in Riverstown”, the executive member of The Midland and Western Livestock Improvement Society Limited told That’s Farming.

“My grandfather, Harry McGowan, would have been in the mart years ago, a well-known auctioneer. His daughter, Lourda, is carrying on the business.” 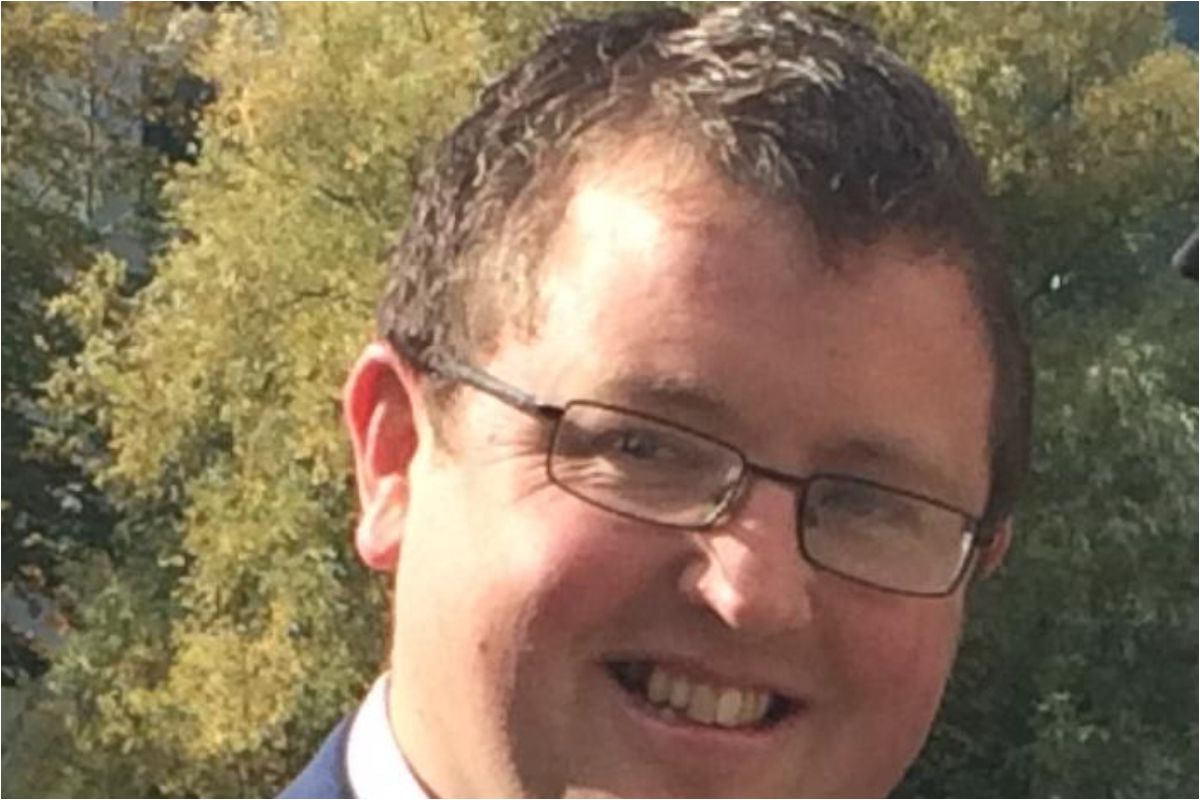 Furthermore, David’s other roles include working in Allied Irish Bank Limited for seven years and eight years as a store manager of Aurivo Homeland Agri in Riverstown, County Sligo.

“As I went up on the ladder, mart management was a position I could see myself doing, and that is why I went for the job. I did not expect it to come up when it came up, and I went for it.”

“Also, I would know the area of Ballymote and Riverstown, and that helped. I do enjoy the management and meeting people, and working with the staff. Also, I like being part of the team.”

“When I was seven or eighteen in Mountbellew Agricultural College and in the last year of school, I use to work in Aurivo Mohill Mart at the weekends, when I was off. I worked there for two years on the chutes and penning cattle. So I do have a keen interest in farming.”

Furthermore, according to the manager, Ballymote Mart has a yearly throughput of 12,000 head of cattle and 21,000 sheep. The mart employs 20 part-time staff, one full-time yard man alongside cattle auctioneer, Pat Burke, and sheep auctioneer, Gerry Campbell.

“Ballymote Mart is owned by Aurivo Co-operative, which has a network of 39 stores and processes 500 million litres of milk a year. It is one of four marts owned by the co-operative. The co-operative has a board of 16 people.”

“In the peak time in September, October and November, we would do two sales. One of the weanlings and one of strong cattle, you would be talking 500 to 600 that time of the year. You would have 500 to 600 head of cattle again in the springtime, and then seasonality, you go quiet.” 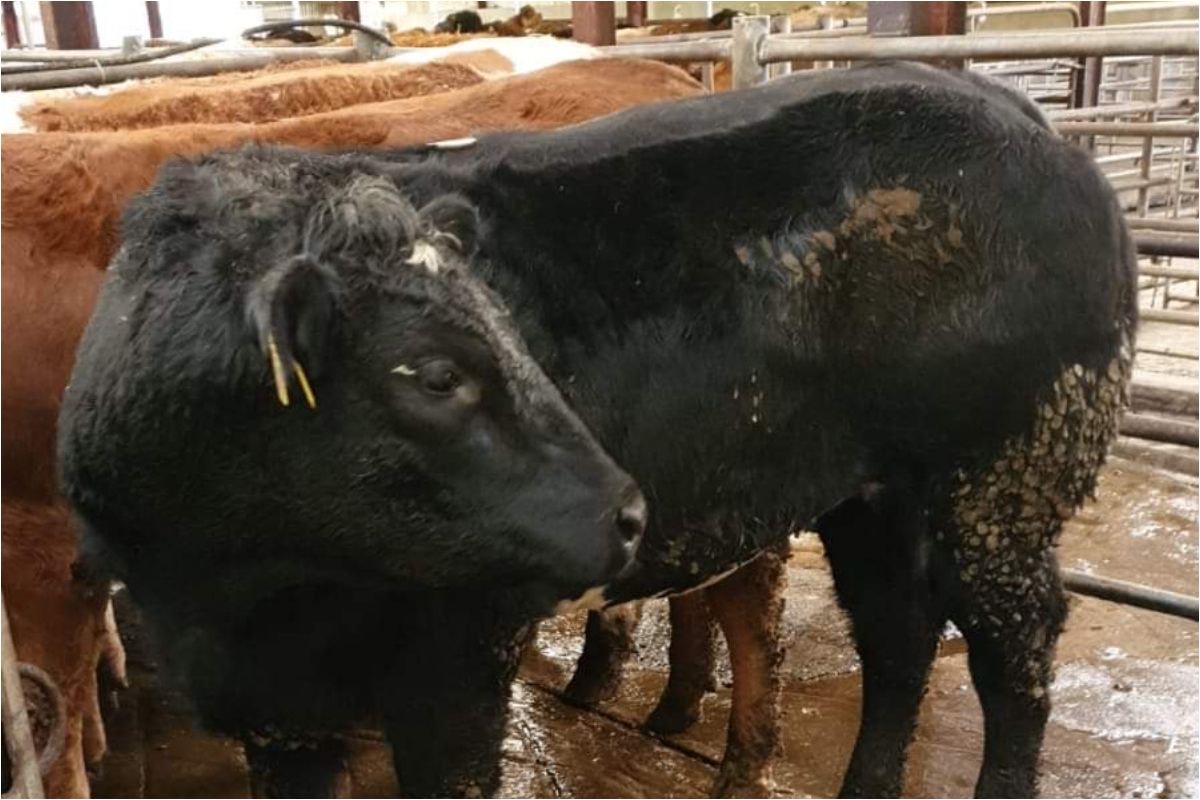 The manager noted a “good range” of buyers from all over Ireland attending the mart with an increasing north and south demand for livestock since introducing LSL Auctions’ facility.

“I feel like the online system is very beneficial to Ballymote Mart as the locals support the mart well; it is the only mart in Sligo.”

“Sligo needs a mart, and the people of Ballymote need a mart. We have cattle going to Westmeath, Meath, Longford, Donegal, the north, Antrim, Tyrone, Tipperary, Limerick and south Kilkenny; it is a good outlet.”

“There are people that come in and view the cattle and buy their cattle in the comfort of their own home. People are enjoying it, and people think it is a good system; it is part of their life. They can do other things with the day rather than having to sit in the mart all day.” 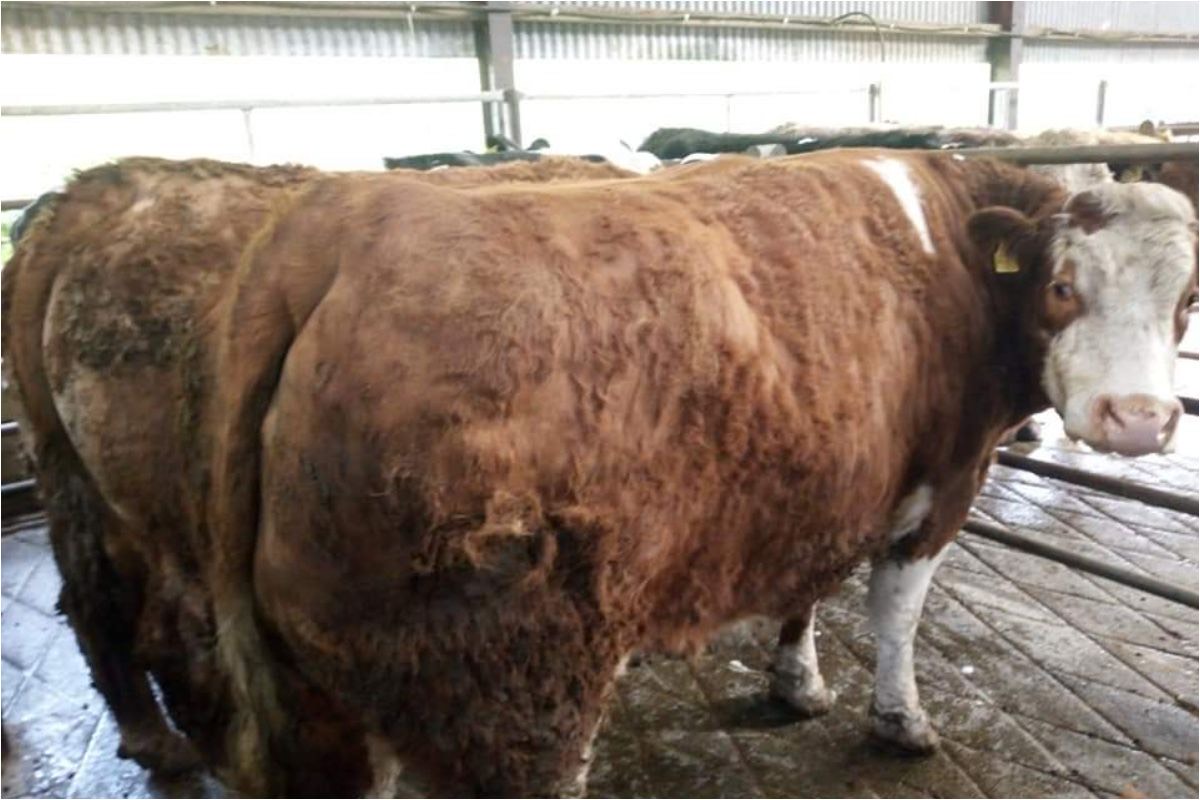 Furthermore, David stated some changes he has brought into the mart in his management. These include moving sheep sales to sales ring due to the Covid-19 pandemic.

Faughnan explained the exporting arrangements in the mart. “We do not have an export facility within the mart, but we do have exporters that buy cattle here, and they export them themselves.”

Furthermore, David outlined some of his highlights so far. These include reaching a record price for breeding heifers and hosting the first cattle society sale in Aurivo Ballymote Mart.

“The highlight would be that we had a few breeding heifers that sold for over €3,000, and we had a few sucklers sold over €3,000. We also had our first pedigree sale for pedigree bulls a month ago, it was very successful with 23 bulls, and there was 20 sold.”

“Every week is a different week and a new highlight. Ballymote Mart is renowned for breeding heifers throughout Ireland. It is good to see them breeding heifers come to the top again and people from all over Ireland entering heifers to sell them.” 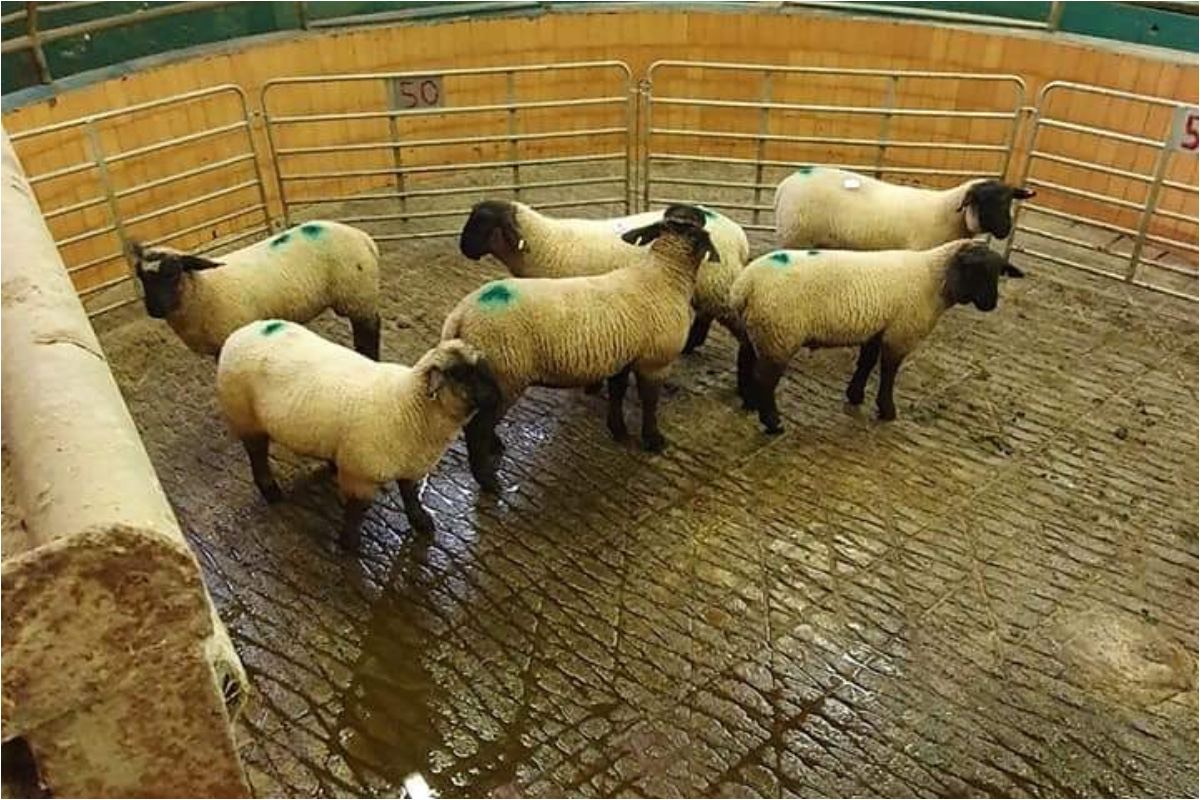 Commenting on this managerial role, he said, “So far, so good, maybe the aspect of regulations, you would miss the social end of it with people.”

“There are people bringing cattle from all over Ireland to Ballymote, which is a good thing; if we can keep that going and the word out there, I think there will be a good future for Aurivo Ballymote Mart.”

Furthermore, David outlined the challenges he faces. “The biggest challenge at the moment is the weather, and for getting cattle sold, people have not much grass. Another challenge is that you do not know what way farming is going to go down the road, whether farmers are going to decrease in stock.”

“There are challenges there with private sales. There will always be the need for a mart, and everyone hopefully gets a fair price and knows the are getting a fair price in the mart.” 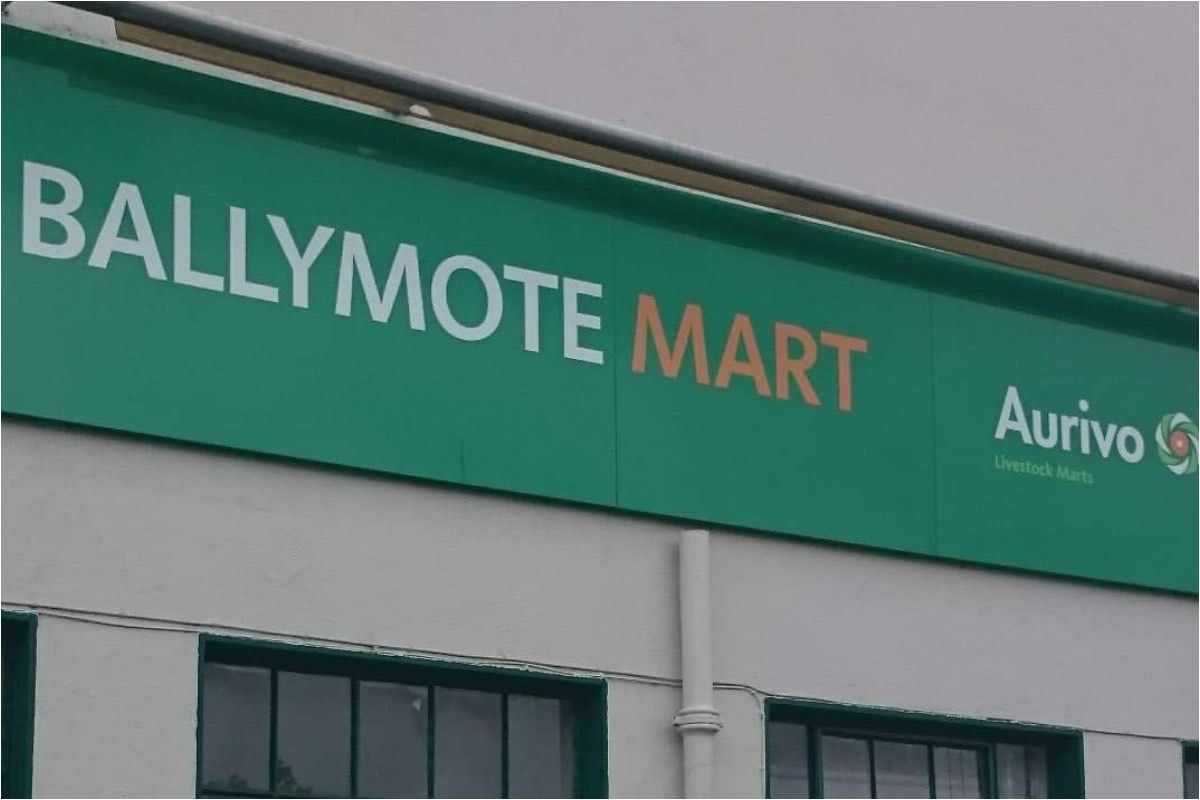 “There was a serious crowd here at the mart in the past; you miss that. Please, God, everything will be back six months down the road. Everyone is pulling together, and the mart is going well. It is a honeymoon period for me, but it is going well.”

“The canteen will be open this week on a takeaway basis for the buyers and sellers hoping to get a cup of tea. It is good to have that back as people enjoy it. Please God, in a couple of weeks down the road, people will be able to sit down and have their bit to eat,” the manager of Aurivo Ballymote Mart concluded.