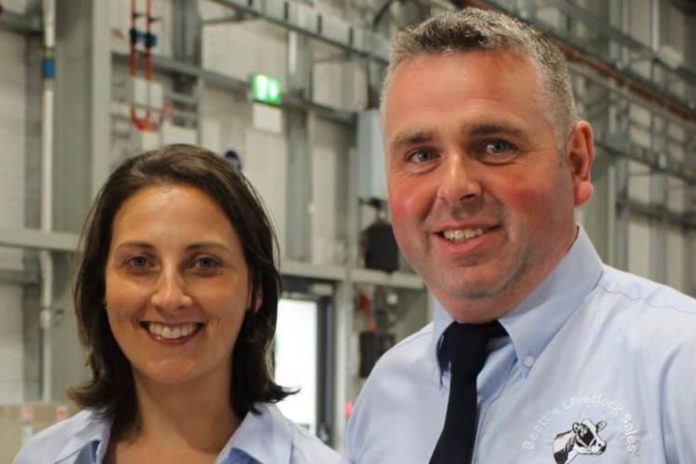 According to organisers, this brings the two-year total from the event – which was most recently held in April – to £117,450.

The auction again attracted over 100 lots, which were snapped up by bidders virtually, using the Marteye platform and in-person attendees at Glenpark Estate, Omagh.

AANI Agribusiness Group spokesperson, Libby Clarke, explained that for the second year, the agribusiness community has been “so generous”, particularly in a year with escalating costs and financial pressures.

She said: “We are delighted that every lot was sold and so much raised for two well-loved charities. Thank you to everyone.”

Air Ambulance NI and Cancer Fund for Children are “so grateful” that the event happened again.

“We decided to hold a second auction of hope as so many from the inaugural year did not have the opportunity to donate previously.”

“The generosity of our rural and agri communities never fails to amaze me.  Once again, we are indebted to the support of Richard and Selina Beattie, who carried out the Auction of Hope, and the incredible people of Northern Ireland who have donated so generously. Also, to the team at Marteye for their support.”

Bell explained that the air ambulance service has experienced its busiest quarter in 2022 with taskings to trauma accidents daily.

To date, the service has been tasked out on over 2,916 occasions, which could not happen without donations and awareness-raising.

Phil Alexander, CEO of Cancer Fund for Children, said the charity is “thrilled” to have been selected once again to benefit from the Auction of Hope.

Every week in Northern Ireland, another three children and young people are diagnosed with cancer.

Besides, many more children will be struggling to cope with their parent or siblings’ cancer.

“The funds this event raised will help us provide emotional and therapeutic support to these young people. This will help to ensure that they do not have to face cancer alone. “

“I would like to thank everyone involved in making the Auction of Hope a huge success for a second year.”

Both charities thanked the Air Ambulance NI Agribusiness Committee, Richard and Selina Beattie, for their “tireless energy, commitment, and support”.

They also acknowledged the support of businesses who donated and those who attended, bid, helped promote, organise, and tuned in.