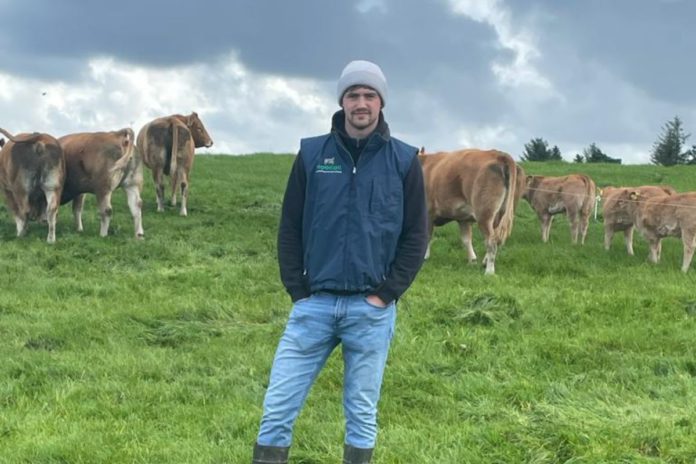 In this week’s Career Focus segment, That’s Farming, speaks to Neil Lyons. The UCD Animal and Crop Production (ACP) graduate discusses breeding pedigree Limousin, his career with Moocall and the role of technology in farming.

Pedigree Limousin breeder, Neil Lyons, had looked at pursuing a career outside the agricultural field, but in the end, when he could study and build a career in an area that he is most passionate about, “it was a no-brainer”.

He attended some open days in UCD with the School of Agriculture, which led him to list its world-renowned agricultural science degree programme as his first CAO choice.

He enrolled in the four-year degree programme in 2012 and graduated in 2016 with a degree in Animal and Crop Production (ACP).

After completing his undergraduate studies, he spent some time working as an agricultural advisor before joining Moocall.

He became a member of its growing team when the company was in its infancy and has seen it become one of the industry’s most progressive firms over the past four years.

He has witnessed the launch of its heat detection system and the growth of its popular calving sensor worldwide with users in more than sixty countries.

Moocall Heat monitors bull activity (vasectomised or stock bull) to determine the onset of standing heat in cows accurately. The system is being used very successfully in both beef and dairy herds.

When he first joined, he moved into a customer support role initially. Now his varied position focuses on sales and involves working closely with R&D, product development and its marketing team.

“No two days are the same, and the variety of my role keeps things interesting,” he told That’s Farming.

“I have been working remotely since the beginning of the Covid-19 pandemic, which has its benefits. However, you would certainly miss interactions with work colleagues and meeting customers at agricultural shows in Ireland, the UK or further afield.” 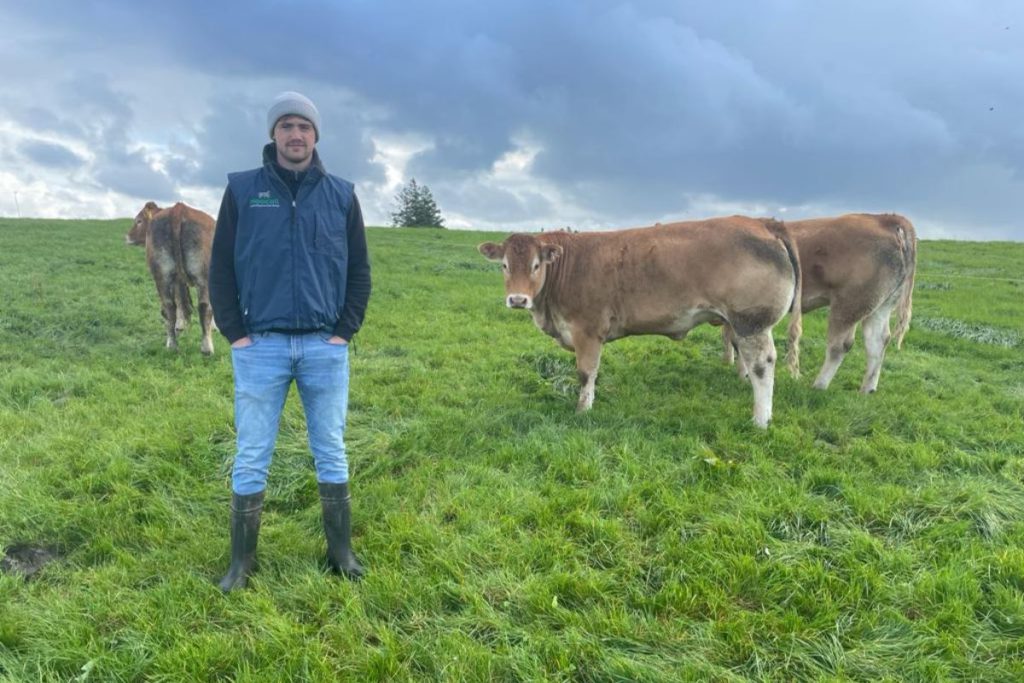 The UCD graduate knows the benefits of the company’s product portfolio all too well with first-hand experience.

“My father, Liam, has been farming in Carrowneden since the early 1980s. His uncle had farmed here prior to that. As far as I know, I would be the fifth generation of my family to be farming here in the village.”

“There has always been suckler cows here. My father established a small pedigree herd in 1992 that ran alongside commercial cows. We sold our last remaining commercial cow in 2017.”

They farm 25 pedigree cows, generally selling bulls between 15-18 months, and heifers from 12-months upwards. They keep some recipient cows that they use for embryo transfer (ET)  work.

Their focus is to breed quality bulls with excellent carcass traits that are easy calving while also producing milky, fertile females, which they retain as replacements or sell for breeding. 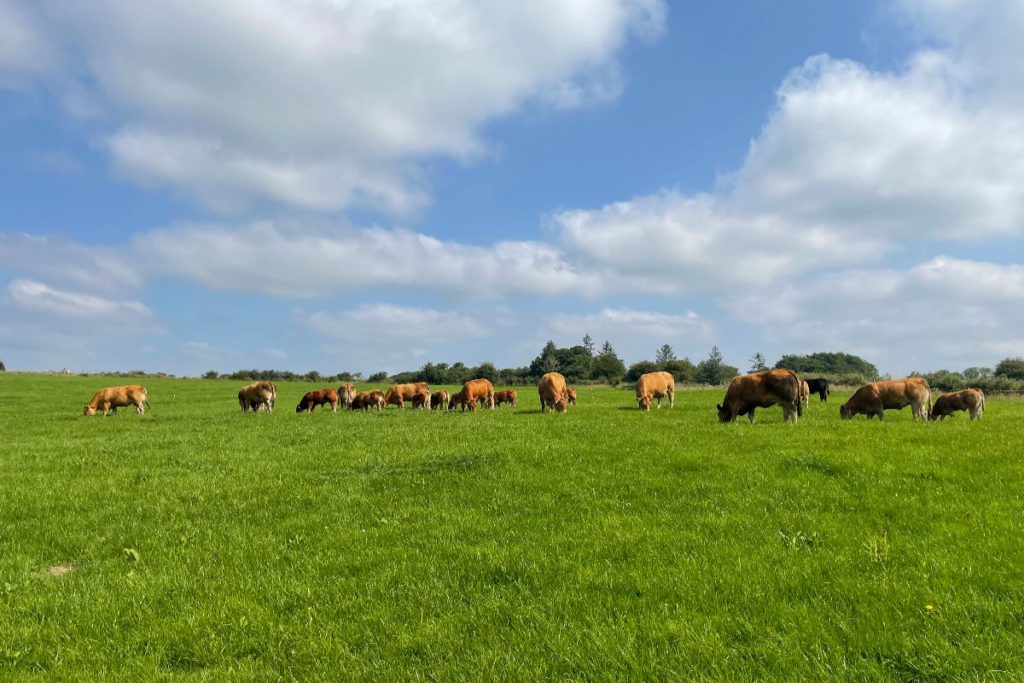 The Lyons sell most of their bulls privately, having built up a base of repeat customers over the years and occasionally offer males for sale at society sales.

Likewise, they sell heifers for breeding from the farm and also bring a selection to the North West Limousin Club’s sale, which is taking place this year on December 6th, 2021, in Elphin Mart.

“We calve 50% of our cows in spring and the other 50% in autumn. It suits our system well to have bulls for sale at different times of the year.”

“We use 100% AI, with my father carrying out AI. AI allows us access to the best genetics available, and we can select bulls to suit certain cows.” 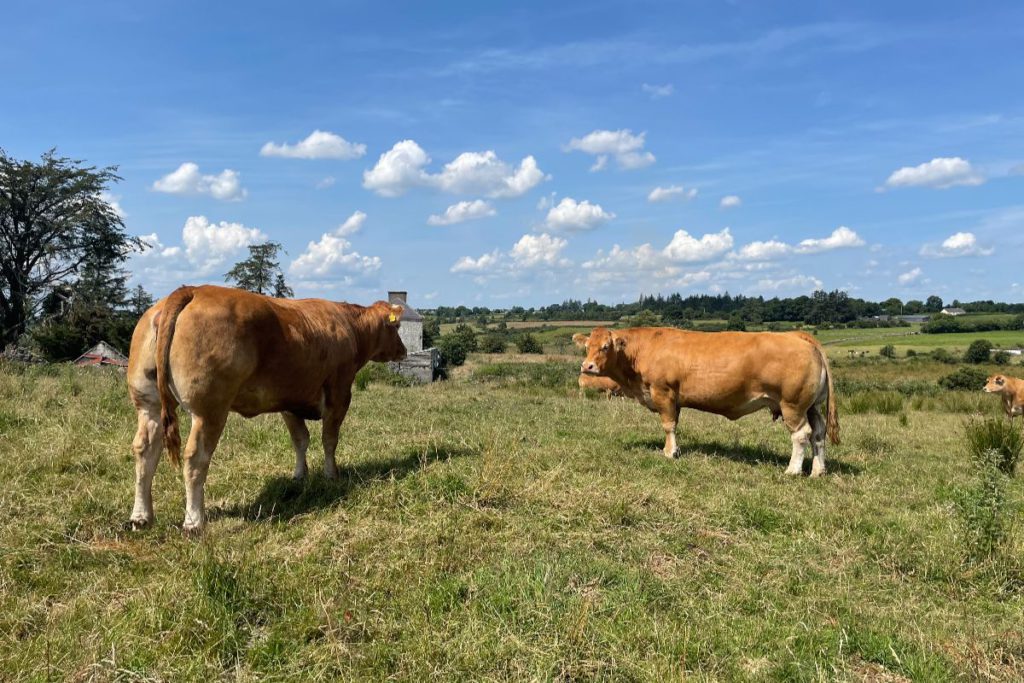 “We have been using the Moocall Heat system for the last three breeding seasons with great success. Limousins tend to be very easy calving, but we still like to monitor the cows closely at calving time.”

“Something simple like a calf presenting with a foot back could be the cause of losing a calf, so we have used Moocall calving sensors for the last six years,” the ACP graduate added.

“If farming is your passion, then go for it. There are so many options in the sector, from working on farms to working in industry, or in an advisory capacity; there is something for everybody.” 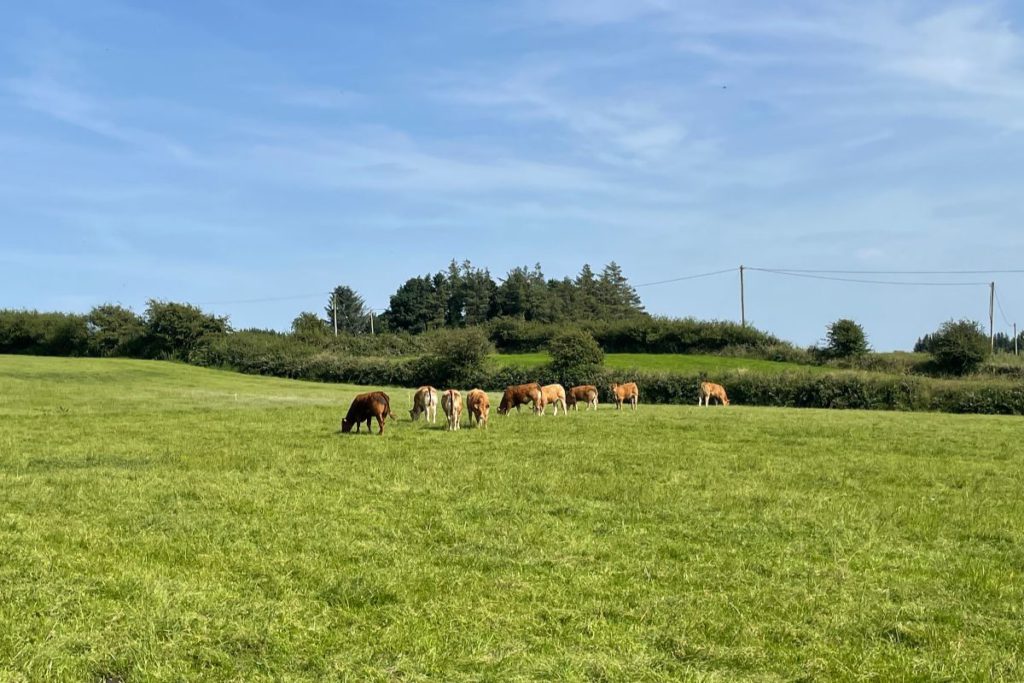 Concluding, Lyons commented on the two-fold link between agriculture and technology.

“I see technology continuing to play a huge part in farming over the coming years. You have two sides to the coin; on one side, many suckler farmers are working off-farm full-time, and this will just continue to be the case.”

“Technology plays a huge part here already in making life easier and saving time.  In essence, technology is allowing these farmers to continue farming. Dairy farms face a different story with expansion and farms getting larger.”

“Technology is allowing these larger farms to streamline the workload and arming them with information to work smarter, not harder,” the ACP graduate concluded.

- Advertisement -
Previous article
UK/NZ trade deal: ‘Nothing of substance was gained for our farmers’
Next article
Up to 50% of UK farmers face having profits wiped out