The farming community has rowed in behind a fundraiser entitled ‘Aaron’s Mission to Walk’ to give the 5-year-old boy “a better quality of life”.

Charity, Just4Children, has set up the fundraiser on behalf of the Crossmaglen, Newry-based family and has already gathered over £50,000.

Organisers hope to raise £100,000 to help Aaron – who has cerebral palsy and diplegia in his limbs – undergo surgery in America to “give him the chance to walk unaided or at least, relieve his pains”.

Aaron was born at 32 weeks, spending his first month in neonatal intensive care.

According to his JustGiving page, he did not meet any of his milestones, raising a red flag.

He was subjected to various tests, with the outcome being diagnosed with cerebral palsy and diplegia in his limbs.

The family have the opportunity to attend surgery in America. They said that this surgery will “give him the chance to walk unaided or at least relieve his pains”.

Aaron would be under the care of Dr Park, a world-renowned surgeon, in SDR (Selective Dorsal Rhizotomy) at St Louis Hospital.

“Aaron, like all other little boys, wants to be a firefighter and an army man, as he says.”

“It breaks our hearts as parents to know these jobs will never be available to him.”

“So, by getting this surgery, we can at least give him a better quality of life and career opportunities when he is older.” 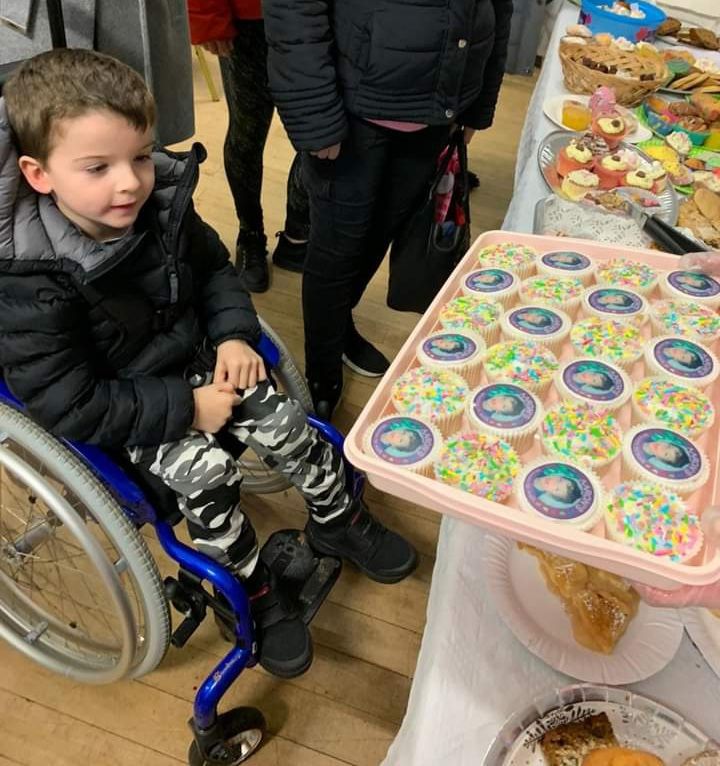 Ireland’s largest suckler enterprise, Tateetra and Rathmore Farms, is among those who have supported the fundraiser.

It raffled an embryo (CHX Dam X Fury Action) on its Facebook page and also held a charity auction in aid of Aaron’s Mission to Walk at Carnaross Mart on December 14th, 2021.

The farm – which John Kingham manages – donated all monies to Aaron’s Mission to Walk.

In a statement, Aaron’s Mission to Walk said:

closer to getting Aaron’s operations in the US. Thanks again; we really appreciate all your efforts.”

Meanwhile, a kid’s tractor run will take place around Crossmaglen Square on Tuesday, December 28th, in aid of Aaron’s Mission to Walk.

The event is open to all ages and vehicles except motorised (petrol/diesel) vehicles, according to organisers.

Organisers stressed that an adult must accompany all kids. Registration from 10:30 am, with the run commencing at 11 am.

Support Aaron’s Mission to Walk by making a donation.