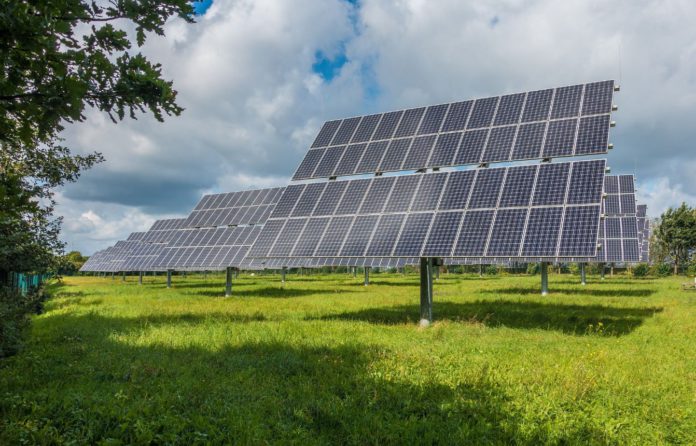 A different kind of farming for the future of people, planet, and farmers

A different kind of farming for the future of people, planet, and farmers

Phil Thompson, CEO at Balance Power, discusses the recent Glasgow Climate Change Summit, wafer-thin profit margins, changing land use and why he believes it is time for a balanced approach in a quest to power a carbon-free future.

The recent Glasgow Climate Change Summit offered the opportunity for world leaders to come together and hash out vital policies around the impending climate crisis.

However, despite 20% of global emissions coming from agriculture and land use, discussions around farming at COP26 were scarce.

The UK farming policy Environmental Land Management schemes (ELMs), announced earlier this year, do offer some guidance, rewarding farmers for more sustainable farming practices as well as the recovery of local nature and landscape on their land.

These practices are positive for the environment and support farmers’ key role in shifting towards a net-zero future.

However, farmers are being expected to work harder to maintain their practices whilst suffering a continued squeeze on returns.

Many farmers are already struggling to make ends meet, as demonstrated aptly on Jeremy Clarkson’s 2021 farming series, Clarkson’s Farm, in which he made a grand sum of £144 at the end of a full year of toil; small profit margins are par for the course in today’s farming communities.

The latest release from DEFRA, which covers English farms in 2019-20, reveals that income for cereal farms decreased by 7%.

The net profits for general cropping were down by 21%. Furthermore, lowland grazing livestock profits fell by 25% in just one year.

The NFS states that almost 40% of all farmers currently depend on a Basic Payment Scheme (BPS), allocated according to the amount of land being farmed rather than the way it’s farmed, to remain solvent.

However, the government is phasing out these subsidies, and the environment is likely to get tougher.

So, how will farmers meet the bold ambitions of the ELMs strategy and still make a sustainable living?

Under the ELMs, “farmers will no longer receive payments for commercial activities such as producing crops or simply for owning land, but for activities that contribute to the common, public good”.

The situation is incredibly nuanced, but I am broadly for the ELMs. Its introduction highlights the importance of making land work in different ways.

On a more practical level, there needs to be a replacement to plug the gap left by removing the BPS.

However, neither the ELMs nor the NFS’s recommendations for a Rural Land Use Framework include the development of green energy projects.

This is a huge flaw in the plans – and one that certainly isn’t going to progress us on the road to net zero.

Time for a balanced approach

Land diversification to accommodate green energy projects is, and will continue to be, integral to a sustainable future – both in environmental terms and for farming itself.

Ever-increasing numbers of farmers are looking at green energy projects as a viable option that provides an opportunity for them to ‘do their bit’ for climate change and secure long-term financial security whilst allowing their family to continue working the land when they may not otherwise be able to afford to anymore.

A 2021 survey of farmers showed that 37% were already using some of their land for non-farming activities, including renewables.

With rapid advancements in technology, it is possible to strike a balance between restoring and protecting nature, producing food through a transition to agroecology, and managing other competing demands on land.

That said, any change in land use should be market-driven and yield positive incentives rather than compulsion – and not come at the expense of a farmer’s profits.

The revenue these projects produce is guaranteed and doesn’t require farmers to be propped up by the ELMs and poorly designed, ultimately unsustainable subsidies.

It can be a real head and heart decision to diversify land that could have been in the family for years. It takes courage and an appreciation of the bigger picture.

But, as we collectively look for new ways to power a carbon-free future, the decisions that landowners make for their land are crucial.

It is my hope that the government will include green energy within the upcoming white paper and any future materialisation of the Rural Land Use Framework, spurring on the needed movement in this space and giving landowners the encouragement, they need to try a different kind of farming for the future.

- Advertisement -
Previous articleNI beef prices up £100/head on last year
Next article‘Great’ demand for forward cattle with prices to €1,100 over at Raphoe