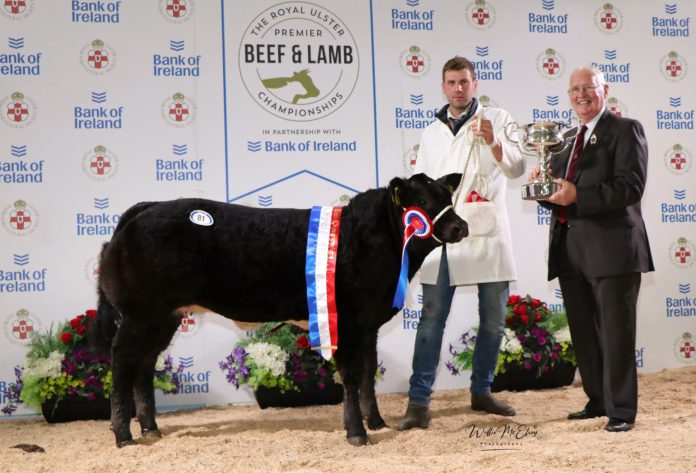 It was a clean sweep for Limousin as the reserve champion calf brought out by Mark McCartan Crossgar was by Foxhill Ourbest. This 5-month-old steer, which weighed in at 308 kilos, was snapped up by Bobby Patterson for £2,400 (£12/kg). 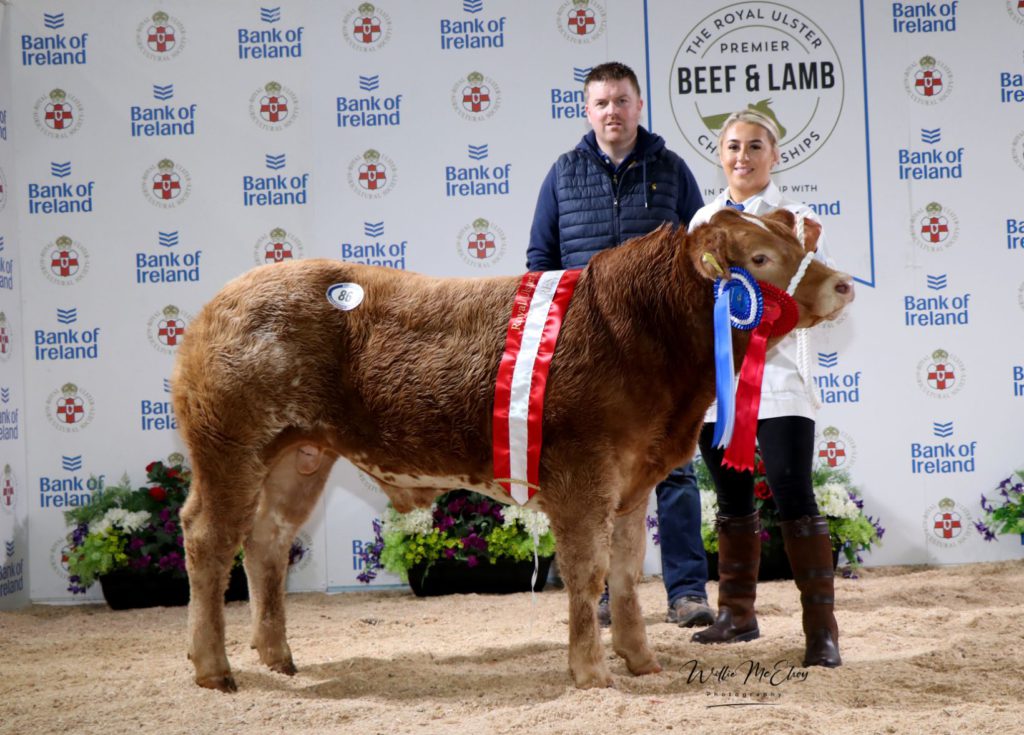 A Limousin from the JCB Commercials team was tapped out as the supreme champion of the show.

Clocking up 650 kilos on the weighbridge, auctioneer, Richard Beattie, was met with a flurry of bids for this beauty, with the hammer going down at £7,500 to Kitson Family Butchers, N Yorkshire. 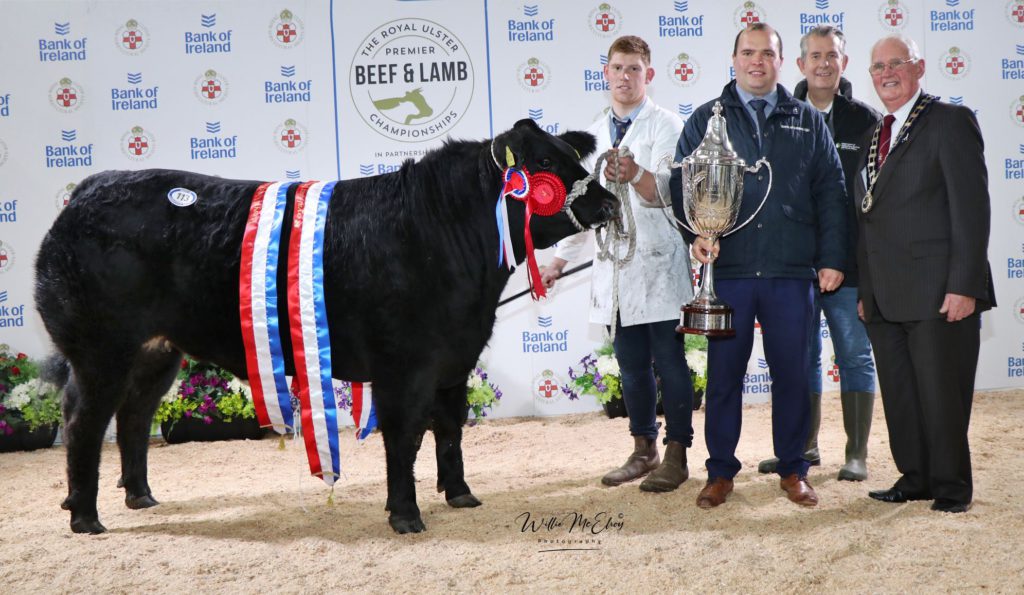 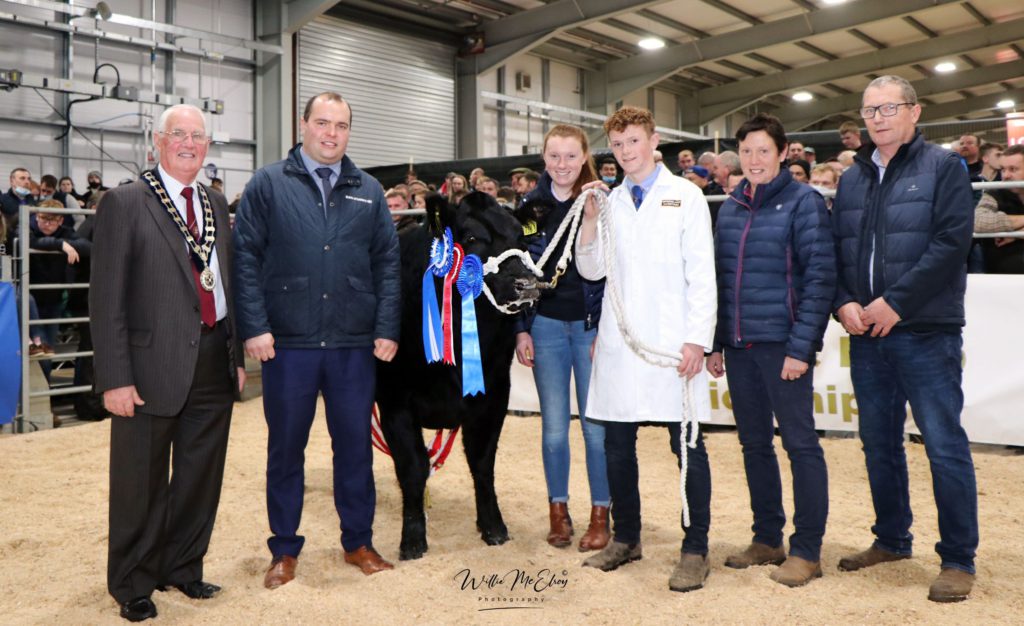 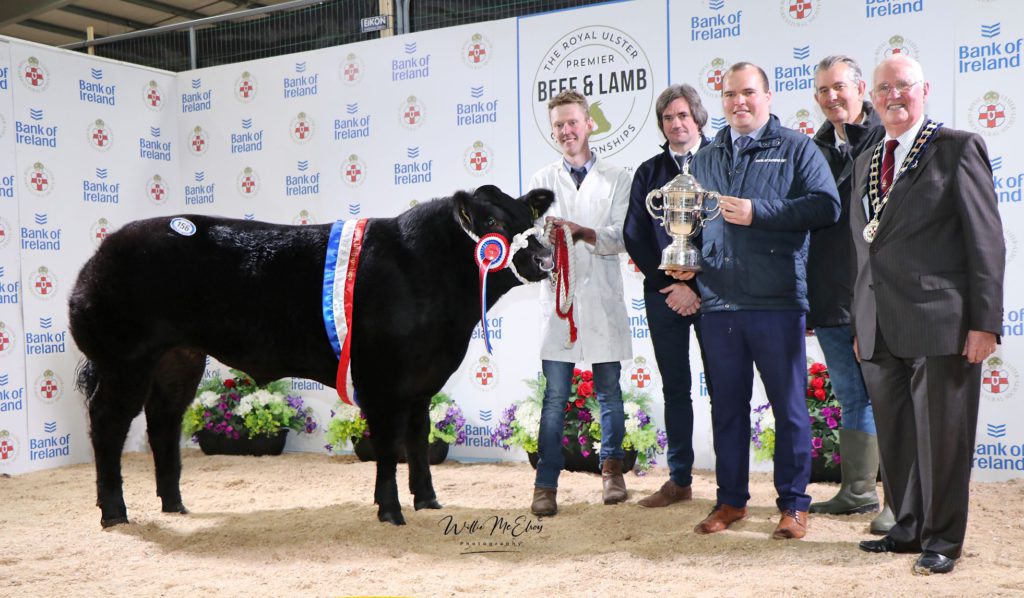 The reserve housewives championship was awarded Robert & Leanne Workman, Kilwaughter with their home-bred Trueman Idol daughter, Coco. This fleshy heifer sold at £2,400 and will now feature on the menu at The Morning Star, Belfast.

It took £5,800 to secure the breeding heifer champion from the Jalex team of James Alexander, Randalstown, with Gary Beacom being the winning bidder here.

Giving her a tight run in the judging stakes was a British Blue-sired heifer from the JCB team, selling to Owen Miskelly at £5,100.